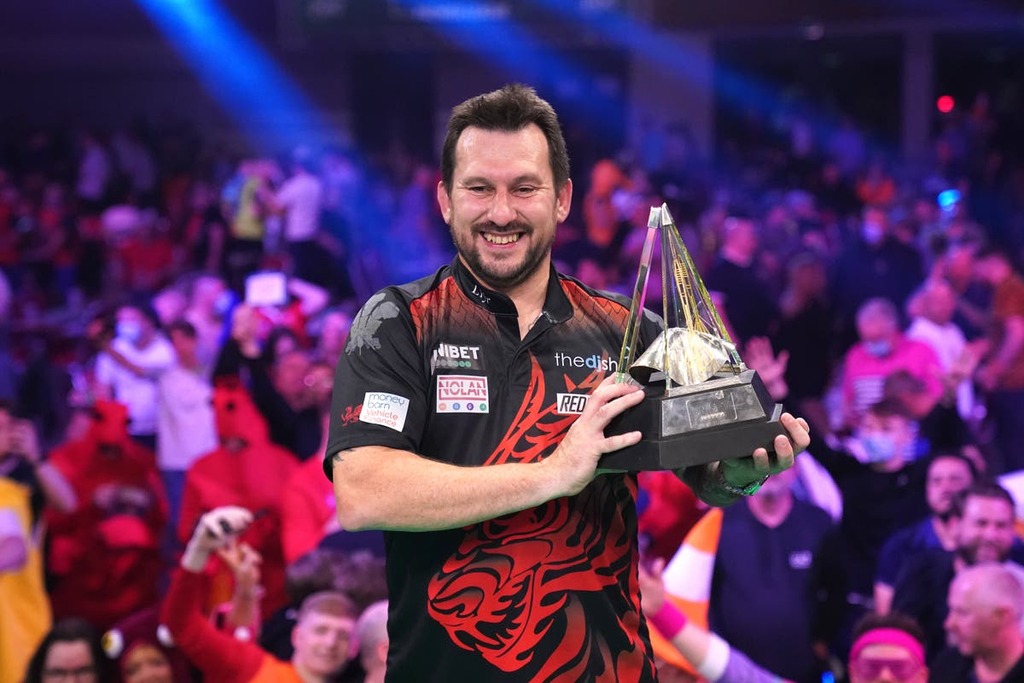 Welshman Jonny Clayton continued his remarkable rise with a 5-1 victory over defending champion and good friend Gerwyn Price to win the World Grand Prix in Leicester.

Clayton picked up a cheque for £110,000 after securing a third Professional Darts Corporation title of 2021, his first in a major ranking event.

Here, the PA news agency takes a look at the Ferret’s impressive progress.

Don’t give up the day job

Clayton, who also works as a plasterer for Carmarthenshire County Council, has long threatened a breakthrough campaign from the edges of the world’s top 16. In 2017, he made it to a first televised final at the Players Championship, where he was swept aside 11-2 by Dutchman Michael Van Gerwen. Clayton went on to win the 2018 Austrian Open, beating compatriot Price.

Top of the world

Clayton, a keen rugby player at fly-half from which he takes his nickname, paired up with Price at the 2020 PDC World Cup of Darts. The Welsh duo knocked out Russia, Scotland, Wales and Germany before claiming the title on the back of a 3-0 victory over England’s Rob Cross and Michael Smith.

In January, Clayton made a major statement by winning the Masters, which was held behind closed doors in Milton Keynes. The field was expanded from 16 to 24 players, which saw Clayton included in the main draw. Victory over Jose De Sousa was followed by tense 10-9 wins against Van Gerwen and then James Wade before Clayton edged out defending champion Peter Wright in the semi-finals. Mervyn King was beaten 11-8 in the final as Clayton lifted the trophy to take £60,000 in prize money.

Victory in the Masters saw Clayton invited into the Premier League. He battled back from having slipped down to eighth to defeat Dimitri Van Den Bergh in his last group match to finish fourth in the table and qualify for the finals night in Milton Keynes. Van Gerwen was defeated 10-8 in the semi-finals, a first loss for the Dutchman at that stage of the tournament, before De Sousa was dispatched 11-5 as Clayton secured the showpiece title and a cheque for £250,000.

Time to give up the day job?

Clayton, 47, became the first player to win the Premier League crown after finishing fourth in the group stage. Victory at the Morningside Arena further swelled the Welshman’s prize fund to push him up into the top 10 of the PDC Order of Merit – and might now just be enough to consider hanging up his overalls for a while.