The newly elected member for Tangney is a former dolphin trainer, a one-time Buddhist monk, an award-winning police officer and a fan of that divisive fruit the durian.

McGowan calls Lim, who was born in Malaysia, a “genuine guy” from “very humble beginnings … [who came to Australia] for a better life for his family”.

Lim tells Guardian Australia that, when he was younger, he answered an ad to look after dolphins because he wasn’t earning enough as a Malaysian police officer to survive. At Johor safari park, he trained them (his “best job ever”) until the park went bust and the staff had to release them at sea.

His favourite was the youngest, Ding Loi (Lightning).

“He was a very cheeky boy but very lovely,” Lim says. Asked what humans can learn from the smart and gregarious mammals, he answers emphatically: “empathy”.

“They understand and respond to our emotions,” he says.

The day after the new PM, Anthony Albanese, called for a kinder, more caring Australia, Lim captured hearts from Perth to Kuala Lumpur by talking about that time in his life.

At a press conference, he stood with the newly enlarged WA Labor team. He talked about his poverty-stricken upbringing, with a leaking roof and earth floor, with no power or running water. And life at Johor safari park: “I loved it, because dolphins are so genuine. Dolphins never hurt you.

Lim had some “good karma”, building up a small business, before migrating to Australia in 2002. He joined the WA police in 2006 at a relatively mature 45 years old, and worked with multicultural communities. In 2020 he was named police officer of the year.

He says his priority in Canberra will be establishing a national integrity commission. “As a police officer I bring integrity to everything I do – I want to bring that integrity to politics,” he says.

One of eight siblings, he lives with his wife and has three grown-up children and a granddaughter. He says he had to learn a lot of languages – particularly different Chinese languages, including Hainanese and Hokkien – otherwise he “wouldn’t get the best food at restaurants”.

Food is the thing he misses most about Malaysia. “Especially durian,” he says. “It’s a stinky fruit, but I love it.”

McGowan says Lim is “truly representative” of his diverse electorate.

“Sam’s work with WA police has been rightly commended, in particular his work with multicultural communities during the pandemic,” he says.

“Sam ran a strong local campaign that was naturally built on his capacity as a genuine, dedicated member of his community, who understands the priorities and aspirations of his constituents.”

Lim’s friend and colleague, the Burt MP, Matt Keogh, says Lim looks the part of a police officer but is “incredibly softly spoken, caring” and “a gentle person”.

“He’s a really down to earth, genuine person who cares for his community. He’s been a community policing officer, one of the people who engages with all the local multicultural communities and at-risk communities,” he says.

Labor secured a swing of almost 12% against the Liberals in Tangney. Morton had been criticised for spending too much time out of WA but argued that he was advocating for the electorate in Canberra. He told the Australian newspaper that people wanted a member who “delivers locally but plays an important role nationally”. “And with me you get both,” he said, before his defeat.

Lim’s win was celebrated widely in Malaysian media, with several outlets noting the fact that he was the second Malaysian-born elected representative, joining the new foreign affairs minister, Penny Wong. 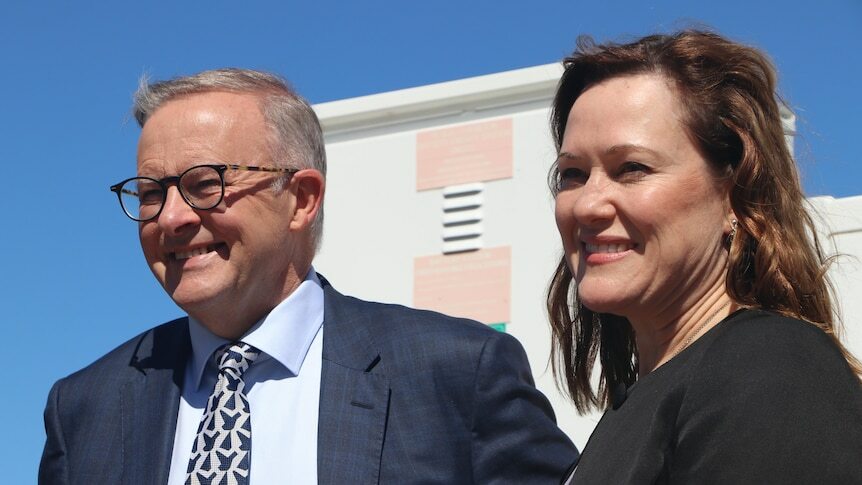 Sam Lim's wildly varying career has seen him go from dolphin trainer and businessman to police officer. Now he's the…