Museums still tend to celebrate the Mr Bigs in society: their stately homes and vanity portraits, their inventions and ideas. But on the banks of the River Irwell, opposite Manchester’s high court, sits a curvaceous modern building dedicated to the often ordinary men and women who have fought for Britain’s rights and freedoms. Cloaked in the same weathered steel as the Angel of the North, the People’s History Museum transmits the same warm welcome as Antony Gormley’s winged monolith, but with an excellent gift shop and lovely cafe selling mostly vegan and vegetarian fare.

Its aim is to inspire the next generation of “active citizens” via its 60,000-strong collection, which includes the world’s oldest trade union banner, a pike used in self-defence by a protester at the Peterloo massacre in 1819, and a board game used as a propaganda tool for the suffragettes. More recent acquisitions include Andy Burnham’s navy workers’ jacket, which spawned a mini industry in think-pieces after he wore it to berate the government over the Covid tiering system in 2020; an empty can of BrewDog Barnard Castle Eye Test beer, which marked Dominic Cummings’ infamous lockdown dash to the north-east; and a knitted Black Lives Matter bannerette.

One of just two national museums based in Manchester (the other is – of course – dedicated to football), the PHM also calls itself “Britain’s national museum of democracy”. It transports visitors from the 1700s to the present and beyond, exploring not just the freedoms we enjoy today but also the many causes that still need fighting for. It is one of five institutions in the running for the £100,000 Art Fund museum of the year prize, alongside the Museum of Making (Derby); the Horniman Museum and Gardens (London); The Story Museum (Oxford); and Tŷ Pawb (Wrexham), a museum in a north Wales market with makers, traders and galleries all under one roof.

Burnham’s jacket, donated by the mayor of Greater Manchester at the museum’s behest, is not yet on show. But current visitors can admire another famous coat, worn by Labour leader Michael Foot at the Cenotaph for the 1981 Remembrance Sunday service. Derided by the rightwing press as a “donkey jacket” more suitable for a building site than a site of national mourning, the dark brown tweedy number was in fact bought by Foot’s wife from Harrods especially for the occasion. But the press – then, as now, largely owned by wealthy supporters of the Conservative party – portrayed it as deliberate disrespect for the nation’s war dead from the pacifist Foot. Visitors are invited to conclude that Donald Trump did not invent the concept of “fake news”.

Also in the collection is the red anorak worn in Coronation Street by the UK’s first transgender soap character, Hayley Cropper, played by Julie Hesmondhalgh from 1998 to 2014. The coat came to PHM as part of the 2017 exhibition Never Going Underground: The Fight for LGBT+ Rights, which marked the 50th anniversary of the partial decriminalisation of homosexual acts in England and Wales. But the jewel of PHM’s collection is undoubtedly the political banners, which include that oldest surviving trade union banner, made to support the Tin Plate Workers Society in 1821.

The PHM began life in 1975 as the National Museum of Labour History, showcasing a collection of historical campaign materials about the rights of working people, hoarded by the Trade Union Labour and Co-operative History Society. Opened by then prime minister Harold Wilson in Limehouse Town Hall in London, the collection’s showpiece was Thomas Paine’s tiny writing desk. Still on display at the PHM today, it’s where the political activist wrote Rights of Man (1791), arguing that all men over the age of 21 should receive the vote.

A funding crisis prompted a move north in 1988, when the museum was rescued by Greater Manchester councils and the Trades Union Congress (TUC). As home to both the suffragette movement and the Peterloo massacre, Manchester seemed a fitting new HQ for a collection celebrating the political struggles of working-class people. It got its new name in 2002, ahead of the Commonwealth Games in Manchester, as it began to focus more on cultural diversity and inclusion.

The museum’s archives are a treasure trove for fans of political minutiae. As well as housing the archives of both the Labour party and the Communist party of Great Britain, there is a comprehensive library of election leaflets, and all sorts of intriguing box files. A researcher from Taiwan recently spent a week there researching scouting in China; another was only interested in Indian women coal miners in the 1920s and 1930s.

Though the museum charts the history of all the main political parties and has held at least one exhibition dedicated to the Conservative party, it is inextricably linked with the Labour movement. That has not always been helpful when applying to Conservative governments for funding: in 2014 it faced a grant cut of up to £200,000. Many people thought the move was politically motivated. Len McCluskey, then general secretary of Unite the Union, called it “a blatant attempt by the Tory party to rewrite history in its own image, to stop future generations from learning what their great-grandfathers sacrificed in the name of their country”.

The museum does not shy away from criticising the government. Last month it issued a statement saying it was “deeply saddened” to hear that the government was continuing with its plans to pass the nationality and borders bill through parliament, which it said “threatens refugees and stands as a barrier to those fleeing war and persecution”.

In September, Katy Ashton, the PHM’s director since 2010, criticised the police, crime, sentencing and courts bill, which could see protests deemed to be too noisy or causing “serious annoyance” shut down. “Most worrying to a democratic society,” she wrote, “is the potential for arrest that it makes possible, which is likely to silence those in the community that are already marginalised, or those who already struggle to have their voices heard.”

In their citation for the museum of the year shortlist, the judges seem to approve. “In the context of national conversations about migration, People’s History Museum has shifted from a museum about campaigning to a museum that campaigns,” they write. The judges also admired how the museum co-creates its programmes in partnership with communities. Last year, its More in Common project explored the life and legacy of Jo Cox MP, working with a wide variety of people living in Manchester. And the museum continues to explore the theme of migration with those who have experienced it first-hand.

“Of course I’m biased,” says Ashton, “but I think there’s something really special and emotive about the type of work that we do and so much that is relevant and has resonance. The museum of the year nomination feels like a testimony to the work that the team do. And it feels like it’s the right time for us to say, actually, museums don’t have to shy away from difficult issues and complicated subjects.” 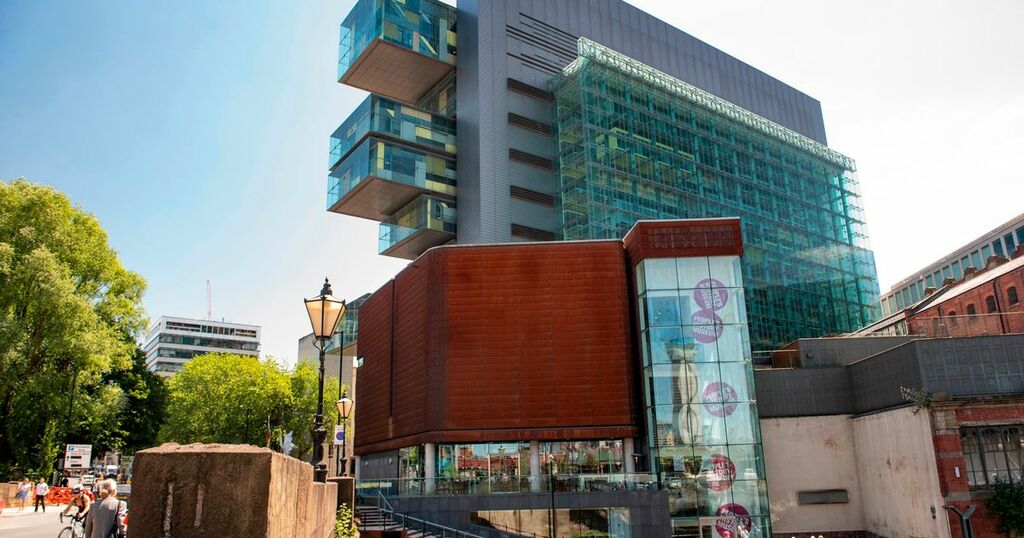 People's History Museum one of five attractions up for Museum of the Year award
It could net a cool £100,000 if it wins