From Mendelssohn to mush: a day tuned to Scala Radio’s Women Composers 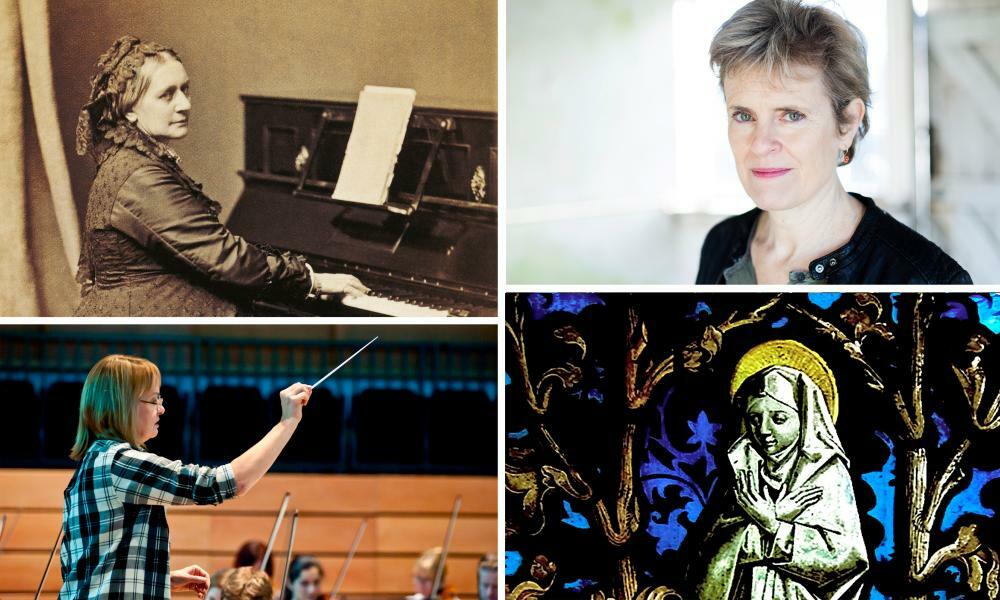 At 10am last Thursday, Women Composers came on air and Hit the Dancefloor bit the dust. This new arrival among Scala Radio’s 20-strong family of digital niche stations is devoted entirely to classical music composed by women. Things began, however, not with a great fanfare (what a wonderful commission for a female composer that would have been) but with a bit of technical jiggery-pokery that meant knocking out one of Scala’s existing stations – farewell Hit the Dancefloor, a peculiar mixture of waltzes, ballets and galops (even a clog dance in its final hour) – and replacing it with the new Women Composers icon.

The changeover took a few minutes, and the first piece to be played – the opening movement of Fanny Mendelssohn’s String Quartet in E Flat Major – was sadly not available to this listener, whose computer kept displaying an error message. But the second piece – Hildegard von Bingen’s Spiritus Sanctus Vivificans – was extremely uplifting, and the third, even better: a movement of Clara Schumann’s Piano Concerto in A Minor played by Isata Kanneh-Mason and the Royal Liverpool Philharmonic Orchestra.

There are a lot of similar-sounding film scores and plenty of unthreatening piano, harp and guitar pieces

And yet after this promising beginning, the new station opted for a day of mostly musical mush: the sort of ghostly, ghastly mood music that would not be amiss on Scala’s mindfulness station. Anne Nikitin’s Found God did not make me find God; Julianna Barwick’s Healing Is a Miracle was far from miraculous; Alexandra Hamilton-Ayres’s Coma did exactly what it said on the tin.

On the plus side, there was some captivating piano: Oscar-winning film composer Rachel Portman’s A Gift made me want to hear more of her work; Marie Bigot’s Etude in A Minor was hugely polished; Maria Szymanowska’s Six Menuets wonderfully elegant. Like Clara Schumann, Bigot and Szymanowska were virtuoso pianists in the first half of the 19th century who also composed. Playing was seen as respectable for women; composition less so. When contemporaries heard a piece by “F Mendelssohn”, they invariably assumed her brother Felix rather than Fanny. A letter from her father has become infamous: “Perhaps for Felix music will become a profession, while for you it will always remain but an ornament.”

Scala’s premium stations – targeted at “music super fans” who pay £3.99 a month to get ad-free access – are a classic example of narrowcasting: there are stations for devotees of baroque or romantic music, there’s one that plays nothing but Mozart 24 hours a day, one that dishes up “dinner party” music, and a station that promises “classical bangers” which seems to play the Blue Danube a lot.

This is presenter-less radio, with lots of short pieces (three or four minutes on average) broken up by brief prerecorded statements: “Non-stop music from women composers” and “The only station that plays the best works by female composers 24 hours a day.” It is essentially a playlist, shuffled by computer with occasional human intervention.

There are a lot of similar-sounding film scores and plenty of unthreatening piano, harp and guitar pieces. Think Enya crossed with Philip Glass: relaxation, mindfulness, the rhythm of a well-ordered life. Not much vocal music – too intrusive? The station’s computer prefers narcoleptic sopranos humming wordlessly.

Scala sets out to make classical music (what a knotty and unhelpful term that is) “accessible”, so you will not find many longer or more challenging pieces on the new station. Don’t expect Judith Weir, Sofia Gubaidulina or Hannah Kendall. The pieces align with what programme manager Jenny Nelson calls Scala’s “familiar sound world” – music that washes over you, gives pleasure, vaguely reminds you of something you saw and enjoyed on the telly.

Nelson sees Weir as “a Radio 3 composer”, and Clara Schumann, Anne Dudley and Portman as representative Scala composers. “Radio 3 is a brilliant station,” she says, “and people assume there’s a lot of crossover [with Scala] because of the term classical, but the overlap isn’t that great. One of the ideas we had when we started Scala was ‘What if Radio 2 did classical?’ It’s more that mindset that determines our music and editorial policy. There is some crossover, but there’ll be pieces we play that Radio 3 wouldn’t touch with a bargepole, and vice versa.”

Composer Julie Cooper, whose ethereal Secret Paths crops up a lot on the new station, insists the formulaic programming will not undermine its contribution to correcting the imbalance between male and female composers. “It really doesn’t matter from what genre they are playing works,” she says. “The most important thing is heightening awareness and giving visibility to women composers.”

Scala has allied with the charity Donne, which campaigns to “readdress the gender inequality within the music industry”, to start this new station. Donne’s founder, Gabriella Di Laccio, believes an all-women station – even one with so limited a playlist – will demonstrate how many female composers, ancient and modern, there are. But she also accepts there is a danger of ghettoisation, and has some sympathy with those who reject the label “woman composer”. “We look forward to the day when there are just composers,” she says, “but we are not there yet and there is still a need to highlight women composers.”

It is an interesting experiment, but surely Scala need to be braver. Subscribers have stumped up their £3.99 and aren’t your run-of-the-mill casual radio listeners – these are “music super fans”, remember? – so why not give them Weir, Gubaidulina and Kendall alongside Dudley and Portman? And programme some works that last longer than four minutes – the whole of Clara Schumann’s piano concerto for instance. Expand that sound world. Maybe start a station devoted to female serialists. Now that would be an adventure.