From Beetroot To Barbecue, These Chefs Create Delectable Dishes 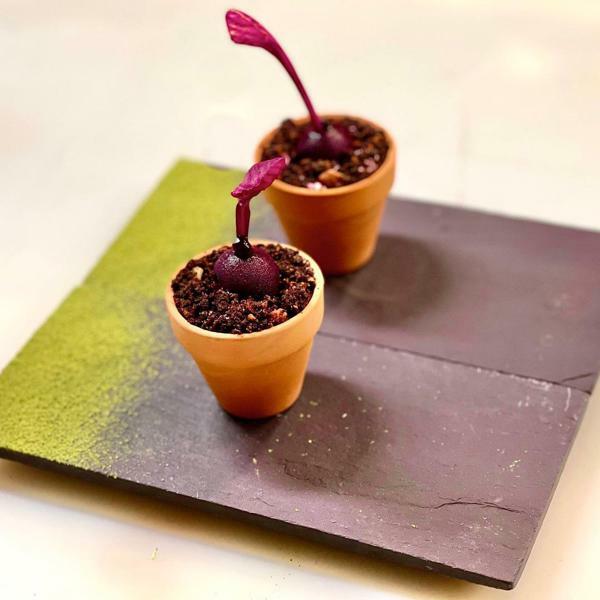 Standing out among the country’s great chefs requires not only a firm grasp of culinary technique but also the ability to clearly understand the many preferences of today’s restaurant-going public. It’s one thing to create fanciful dishes. It’s quite another to continually satisfy the mercurial tastes of patrons. These highly accomplished chefs have mastered both the art of cooking along with the skills that are necessary to stay relevant in a highly competitive environment.

Adrian Davila, third-generation pitmaster of Davila's BBQ, specializes in authentic Texas barbecue with a uniquely Latin American twist. His mesquite smoked beef brisket, pork ribs, lamb ribs and more stand apart and highlight the flavors as well as the stories of the Tejano community. Davila keeps the tradition of the vaqueros, the Latin American cattle herders who once roamed the plains of Texas and Mexico, alive in his restaurant. These are recipes Davila grew up eating with tortillas on his family's ranch. This technique of slow-smoking a beef head or lamb wrapped in maguey leaves in a traditional-style underground pit has been used in many cultures for thousands of years.

Chef Rikku O’Donnchu grew up in Nottinghamshire, England. He got his start working at Nottingham’s exemplary Hart’s Hotel and Kitchen where he was introduced to high-end, contemporary cuisine. Ó’Donnchü moved to Cape Town, South Africa and opened GÅTE on the Quoin Rock wine estate where he changed the face of molecular and theatrical dining in South Africa, winning numerous culinary awards. He landed in Lancaster County in June 2021 serving as Executive Chef at Amorette. Beetroot can often be found on his menus. He explains, “There was a beet dessert, because I was showcasing its versatility. Most people use beetroot in savory ways, but it’s actually better in desserts. It's naturally sweet and full of sugar – good sugar —which helps limit the amount of actual sugar you need to use. I often use it in cakes instead of carrot and make a beetroot cake.”

The Lodge at Woodloch, Hawley, Pennsylvania

From naturally raised meats and fish to vegetarian dishes, The Lodge at Woodloch’s approach to spa cuisine marries the best food with enlightened healthy techniques, creating a new kind of spa cuisine, one that is both satisfying and nutritious. Led by Executive Chef Josh Tomson, a team of gourmet chefs use fresh, local ingredients, including items freshly harvested from the resort’s own gardens. A graduate of the French Culinary Institute in New York City and the New York Wine Tasting School, Chef Josh Tomson brings over 17 years of culinary expertise and preference for local, organic and sustainable products. He says, “Typically, our entree specials reflect what is coming from the garden, and what our local farmers are touting. We also are able to use our forest as a muse. Spring might see wild ramps, fiddlehead ferns and mushrooms for example.”

Chef William Dissen was the first chef to defeat Gordon Ramsay on National Geographic's Gordon Ramsay: Uncharted. “I specialize in American farm-to-table cuisine, with a focus on local, seasonal, and sustainable food sourced from the foodshed of our region in Appalachia,” he explains. “Through our work we have helped to establish access to the best ingredients in the United States’ western Appalachian region. Growing up in West Virginia I had the opportunity to explore the mountains and valleys, and to get in touch with nature. At our restaurants, we work with a plethora of wild and indigenous ingredients that are grown and from the area.” Chef Dissen has always been committed to cooking with local ingredients that he can forage from in the wild, whether that’s in the mountains or oceans.

Chef Kenny Gilbert is spicing things up for CrateChef, a chef-curated subscription-based company that highlights samplings of renowned chefs’ favorite things. Gilbert is the 30th chef to have his cooking career highlighted through this woman-founded company, which inspires home cooks to learn professional skills in the kitchen while trying new recipes and products. Gilbert honed his craft, curated his recipes and developed the foundation for his spice blends while traveling the world as a chef at top restaurants in Japan, Spain, France, and the Caribbean. His latest venture, Silkie’s Chicken and Champagne Bar is devoted to all things chicken and champagne. His seasonings pair perfectly with meats you’ll barbecue or grill, including a cinnamon coffee rub and a Caribbean-influenced jerk.

Chef Sean Brock’s passion for American culinary history melds with his reverence for the traditional elegance of hotel dining at The Continental, a nouvelle approach to classic American cuisine. Inspired by the unique history of American restaurants and hotels throughout the 19th and early 20th centuries, Chef Brock and his team seek to develop new dishes and service traditions guided by the creativity and spirit of this era. At Joyland, what appears as a simple menu of biscuits, burgers, fried chicken, and more has been furiously studied, tested, and perfected over countless trials, utilizing pioneering food technologies and the highest quality ingredients to create a delightfully fun experience that harks back to the heyday of fast food.

Led by chefs Victor King and Kristen Hall, The Essential is an eccentric yet refined, neighborhood eatery that offers all-day cafe-style dishes which pay homage to the region’s bounty. A combination of Southern comfort and French technique, King’s menu of small and large plates is inspired by what’s in season and sourced from local and regional purveyors. Bandit Pâtisserie offers the best in seasonal flavors and laminated dough by paying homage to Southern comfort while utilizing signature French methods to create beautiful, technique-driven pastries Celebrating small moments and sweet treats, Bandit Pâtisserie offers a variety of pies, croissants, cookies, tartlets and more.

Chef Massoud brings a new meaning to ‘breaking bread’ through a shared table, using Lebanese cuisine as his vehicle to reinvent tradition. Normally only seen as street food, he made it his mission to bring Lebanese culture and cuisine to the forefront of the fine dining world, creating one of the first elevated, high-end dining experiences featuring Lebanese food in the U.S. On the menu one can find traditional recipes such as Tabbouleh with Parlsey, Mint, Tomato, and Burghul, to modernized classics like Duck Shwarma with Fig Jam, Green Onion, and Garlic Whip. The goal at ilili is to unify every guest’s culture and spirit when they come together to experience and enjoy each dish.