From 40,000 Covid cases a day to queues of ambulances - how virus still has a grip on UK 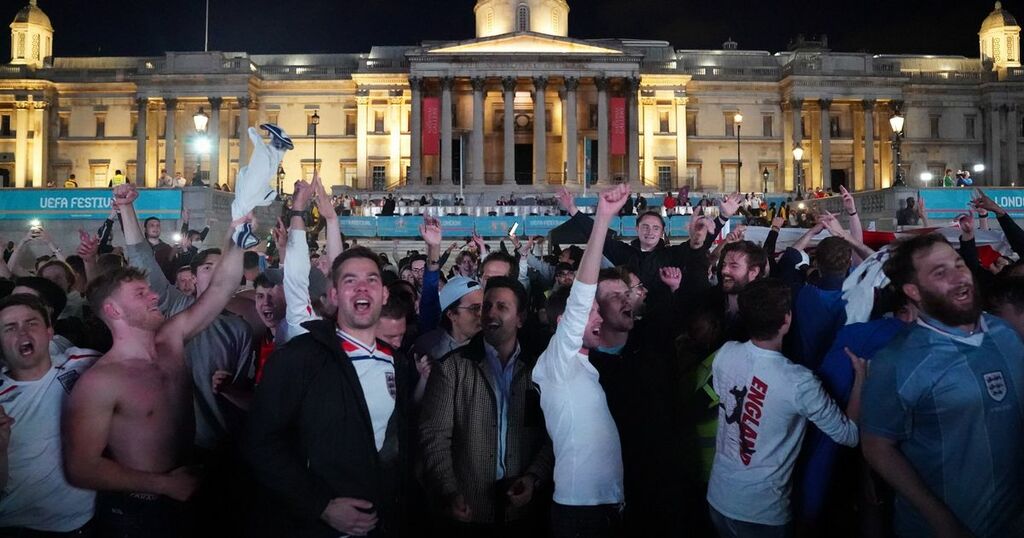 Covid-19 still has the country in its grips with deaths and hospitalisations rising as the winter months approach.

Since the final coronavirus restrictions were lifted in England in July, followed by the other three home nations, the grim days of January, February and March have seemed like a distant memory.

At the worst of the pandemic more than 1,600 people died in a single day from the killer virus, which had spread to all corners of the country over the festive period.

Out of control infection figures forced the government to cancel Christmas last year having ignored scientists' advice to lockdown early and hard in the autumn.

As spring approached, months of lockdown, the vaccine rollout and immense amounts of effort from NHS staff began to pay off.

Deaths dropped into the single figures on some days while cases plummeted to one-to-three thousand a day.

But the picture is altogether gloomier now and there are concerns that it could get worse.

Since the start of summer when infections shot up, fuelled by Euro 2020 crowds and eased restrictions, cases have remained above the mid-20,000s daily.

That puts the UK at the top of the European charts, recording around 10,000 more cases per day than Russia in second place.

While comparable Western countries like France, Italy and Spain are all currently at less than 10% of their peak number of cases, the UK is at 56%.

The logic behind opening up the country despite the near certainty that cases would rise was that the roll-out of the coronavirus vaccine - which has now seen about 70% of the population jabbed twice - would mostly break the link between infections and deaths.

For the most part it has.

The data show that as phenomenally effective as the vaccines have been at protecting people from the virus, the shield it offers is not total.

More than 15 million adults in the UK have not been jabbed, meaning they are at much higher risk of catching, getting ill with and dying from Covid-19.

Department of Health data shows that unvaccinated people aged 50 and over are almost four times as likely to die after contracting the bug.

With such a large chunk of the population not opting to get vaccinated, the potential for cases and deaths to rise significantly higher is great, particularly as the cold winter months draw in.

Already the NHS is struggling to keep up with demand heightened by the virus.

On Wednesday evening at least 20 ambulances were seen queuing up outside the Royal Stoke University Hospital in Hartshill, Staffordshire.

Health bosses admitted that emergency departments across the area were under 'very significant pressure'.

The North Staffordshire Healthwatch leader said: "The whole of the NHS and the whole of the care system are under extreme pressure. This is a crisis.

"The fact of the matter is hospitals are taking huge amounts of ambulance deliveries, but the hospital is actually full at this moment in time."

After more than a year and a half of battling the virus, more months of heightened pressure may push exhausted doctors, nurses and NHS staff to breaking point.

Some parts of Britain are currently much worst affected than others.

Covid is currently most prevalent in Wales , where there is a rate of one cases for every 57 people, followed by the e ast Midlands at one in 62 and Yorkshire and The Humber at one in 63.

The South East by contrast has a rate of one in 99, while the South West's is one in 98.

Researchers working on the ZOE Covid study app found that the virus was running rampant among 10-19-year-olds following the return to school - with one in 30 currently infected.

Office for National Statistics data show that the infection rate has more then double in two weeks for those in Year 7 to Year 11, from 2.8% to 6.9% of the total population of that age group.

That means every more than one in every 15 11 to 16-year-old in the UK currently has Covid.

England's Covid-19 weekly reproduction "R" number is now estimated to be between 0.9 and 1.1.

An R number between 0.9 and 1.1 means that for every 10 people infected, they will on average infect between 9 and 11 other people.

Professor Tim Spector, lead scientist on the ZOE Covid study app, said: "we can only hope that some kind of herd immunity will kick in and cases will drop".

There are several key factors that could make these already concerning figures much worse in the coming months.

As with last autumn and winter, colder, shorter days will force people inside where the chances of passing on the virus are much greater.

The vaccine's effectiveness may wane

There is also significant concern that the efficacy of certain vaccines will begin to wane.

The protection against Covid infection offered by the Pfizer jab falters within months of getting a second dose, two new studies have found.

Seven months after getting the jab protection from infection had dropped significantly, the studies showed, meaning the potential to get the virus will be increased for millions of Brits who have had Pfizer.

In a bid to protect the more vulnerable, the government has said all over-50s, younger adults with health conditions and frontline health and care workers can get a third booster jab.

Winter cold and flu is making a comeback

Another serious issue that may aggravate the pandemic over the coming months is the flu.

Today the government announced the biggest flu jab programme in the NHS’s history, with more than 35 million people in England eligible for a free vaccine.

Now that mask and social distancing mandates have been dropped, transmissions of the flu is likely to shoot up.

Last year cases of the virus remained incredibly low, meaning natural immunity to the potentially deadly disease is likely rock-bottom at the moment.

As well as piling more pressure on the NHS, catching flu and Covid at the same time is not only very possible, but significantly increases the chance of death.

A continuing point of concern are coronavirus strains, and the potential for another mutation.

Earlier this year the Delta variant reached the UK's shores and, after months of dipping cases, led to an explosion of infections.

The highly contagious Covid variant quickly became the dominant one after it was allowed into the country.

The UK's high infection count due to Delta and a lack of restrictions, coupled with its relatively high vaccination rate, means it is prime territory for another, potentially more infectious variant to emerge.

If the flu, increasing deaths among the unvaccinated and a new strain were to all hit at the same time, the government may have some difficult decisions to make.

Last month it outlined a number of measures that could be brought in to keep cases down, such as a return to working from home and the mask mandate.

If these don't work however, then yet another winter lockdown has not been ruled out.

A senior government source said last month: “We’re going to approach it as we have done through the pandemic: be prepared.