Two years ago, Juan Díaz Ricaurte was hiking through the mountains of Brazil when a male yellow cururu toad affixed itself to his boot. Díaz Ricaurte gently detached the frog and set it back on the ground, several feet away; undeterred, it bounded back over and wrapped its arms around the shoe again. “It was super focused on grabbing Juan’s boot,” says Filipe Serrano, Díaz Ricaurte’s fellow biologist, who witnessed the meet-cute. The frog seemed to have mistaken Díaz Ricaurte’s footwear “for a potential mate,” and kept returning to clasp it anew. The little Lothario, Serrano said, “would not let it go.”

Neither, in a sense, could Serrano or Díaz Ricaurte. The toad-boot tryst eventually ended, but in the months that followed, the two University of São Paulo researchers could not get the incident out of their heads. It wasn’t the toad, exactly, or the boot, or even the doomed union between the two—frog mating, known as amplexus, usually involves a male latching on to a female, and it’s not uncommon for overeager suitors to initiate an erroneous embrace. What stayed with the pair, they told me, was the possibility that these ill-fated events, which they’d both heard about before, might be growing in frequency, as frogs attempt to navigate a more and more fractured world. Scientists call this an evolutionary trap. “The environment changes, and they make more mistakes,” says Ulrika Candolin, a biologist at the University of Helsinki. Temperatures are rising; habitats are fraying; animals are being forced to mingle with new and unfamiliar species. Sex, for some species, seems bound to take a hit.

Serrano and Díaz Ricaurte, along with their colleague Marcio Martins, began to search for past accounts of frog hugs gone awry—formally termed misdirected amplexus. They found nearly 400, a whole coterie of frogs glomming on to things that they almost certainly could never fertilize: dead frogs, incompatible species of frogs, and frog embryos still inside of eggs; coconuts, mangos, and apples; geckos, turtles, fish, and slugs; balls, rulers, and plastic cups; and even some cow and yak dung. The compendium makes clear that randy frogs can sometimes find themselves seriously duped.

What’s not obvious, though, is why. Misdirected amplexus isn’t always cause for alarm. A bit of brazenness can actually behoove a bachelor frog, especially in species that mate only a few nights a year, or in populations where females are especially scarce. “Males will just go for anything they can get their hands on,” says Liz Lopez, a wildlife biologist based in California, who has studied misdirected amplexus. The super-tight hugs are an ideal way to position males in the right place at the right time, when their mates drop their eggs; they can also ward off other suitors trying to edge their way in. Serrano calls it a “clasp first, ask questions later” strategy—far better to get too grabby and chance a blunder than give in to shyness and end up totally unsexed. There are even rare instances of sexual snafus turning out pretty okay: necrophilia that has actually resulted in the extrusion and fertilization of viable eggs; interspecies unions that, under some circumstances, birth better-adapted offspring than sticking with one’s own kind.

Too many mistakes, though, and frogs can quickly find themselves in trouble. Every error marks an opportunity missed—time that could have been spent finding a more appropriate partner, then coupling up with her. Some males will latch on to a mate for weeks, even months, forgoing meals the entire time. “That’s very costly,” and hardly worth the squeeze if no offspring emerge, says Juan Carvajal Castro, a biologist at St. John’s University who’s studied amplexus. (Males that accidentally grab other males will sometimes elicit a squawk of protest that prompts them to release; dead frogs and apples, however, can give no such warning calls.) A prolonged clasp out in the open can also leave misguided males more vulnerable to predators and disease, Díaz Ricaurte told me.

There’s danger, then, in amplexus going south too often. Which it very easily could in today’s rapidly shape-shifting world. The precious real estate on which frogs live and mate is growing scarcer; Carvajal Castro notes that some species that live in drier habitats, for instance, can mate only after periods of rainfall fill up local ponds—events that are becoming more scattershot as climate change accelerates. Frogs are also struggling to hear and respond to potential mates’ croaks and calls in the growing urban din. Starved of proper partners, frogs might start looking elsewhere. And as humans continue to encroach on wild spaces, frogs are undoubtedly coming into more frequent contact with new species, or even unfamiliar objects, that could distract them from better prospects. Candolin, of the University of Helsinki, has been watching that exact disaster play out with male European glowworms, which are sometimes lured away from luminous females by similarly glowy garden lights. “They fly around the lights, instead of mating and reproducing, and they die there,” she told me.

If something similar is now happening to frogs, Serrano and Díaz Ricaurte’s database of confused clingers won’t quite be able to prove it. To truly build the case for climate change or habitat disruption messing with amplexus, researchers would have to slowly and systematically track frog mating over time while monitoring local environmental conditions; they’d need to compare amphibian populations between locations, and try to figure out which ones saw the most sexual success. Most of the incidents in the database, in contrast, were recorded by happenstance, by a select group of people who chanced upon a frog in failed flagrante. “There’s a lot of potential for bias with that,” says Karin Pfennig, a frog biologist at the University of North Carolina at Chapel Hill.

Still, Serrano is intrigued by the blips of evidence the team saw during the search, during which the researchers “tried to report as much as we could about each observation—air temperature, precipitation, altitude,” he told me. There have been a lot of reports of misdirected amplexus in super-degraded habitats, and many of them have occurred in recent years. One recent study even suggested that climate change may be pushing certain European toads to shack up with the wrong species. And there’s something to be said about the presence of human paraphernalia speckled throughout the database, which frogs wouldn’t have much business interacting with otherwise. Just ask the American toad spotted canoodling with a tennis ball in a Virginia park in 2007.

A surge in misdirected amplexus is something that many scientists might easily miss: The natural inclination, Lopez told me, is just to think Oh, that’s weird and move on. But it’s worth turning a closer eye to the phenomenon, she said, especially given “all the other stressors on amphibians right now,” including deadly fungal outbreaks and dried-up ponds. Botched sexual encounters are the last thing frogs need added to their list of woes.

Sex, and the act of bringing it about, is fundamental to any frog’s existence. “People often see these events as mistakes, and they get dismissed as not significant,” Pfennig told me. “Nobody thinks of putting them into a broader context.” A database is a starting point: the kernel of something that could grow into something larger and, maybe more importantly, inspire bigger, bolder projects to nail down a problem’s causes and develop solutions. Misdirected amplexus could become a sort of early bellwether, demarcating populations in peril; it could alert researchers to species teetering on the brink.

If misdirected amplexus among frogs really is increasing at the hands of humans, it won’t be the first time people have futzed with other species’ mating habits. Birds befuddled by traffic noises have struggled to hear the songs of their mates. Fish flummoxed by chemical pollutants, which can interfere with social signals, have picked suboptimal partners. Beetles lured in by the brownish gleam of textured glass have tried to bed beer bottles in the Australian west. Peeping on these acts of misplaced affection might seem weird, even voyeuristic. But sex is serious business, and perhaps people owe it to their neighbors to, once in a while, take a good, long look. 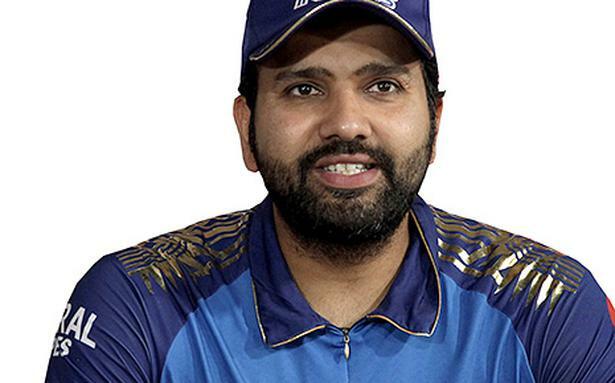 We wanted to try a few things keeping one eye on the future: Rohit
“For us it’s pretty simple. We just want to tick off the boxes, finish off on a high note if…

The Hindu
From analysis to the latest developments in health, read the most diverse news in one place.
Queen's Jubilee weekend things to do: The best events in Wales to keep the kids entertained

To arrest the decline of one of Australia's most recognisable marine species, scientists are enlisting school students to participate in…