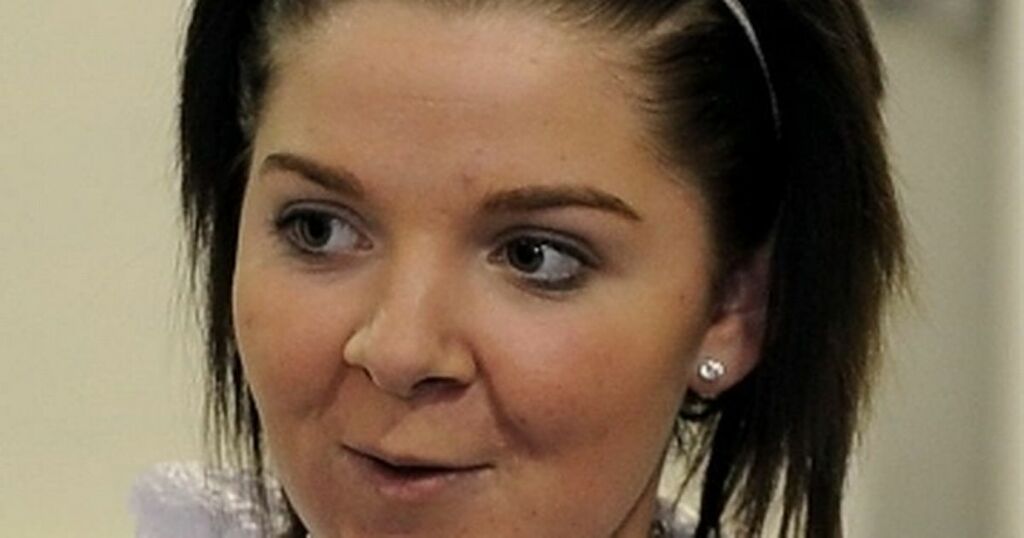 Friends of tragic Wishaw teenager Zoe Nelson say her murderer should have received a death sentence and never be released from prison.

Zoe was brutally beaten and stabbed to death on the outskirts of Wishaw in 2010, she had also been suffocated with plastic sheeting and her body then set on fire in woods near Cambusnethan, known locally as Monkey Hill.

Her killer Robert Bayne was sentenced to serve a minimum of 20 years behind bars for the appaling crime which shocked the local community. Zoe had been seeing Bayne before her death.

Bayne, a bodybuilder type with a tattooed face, appealed the “severity” of sentence but it was dismissed by the Court of Appeal.

Murdertown, a new TV documentary due to be broadcast later this month, will revisit the horrific crime and features the recollections of Zoe’s two best friends, Gemma Finnie and Jade Sim.

Gemma describes Zoe, who lived in Newmains, as a “massive character” who was willing to give you the “shirt off her back”. Jade added that their closest friend was the “life and soul of everything”.

Zoe’s mum then realised she hadn’t turned up for college on the Monday and reported her missing.

During the investigation, a week after the murder, Bayne turned up at a mobile police incident room sited in the area and told cops he knew who had done it, blaming a local man.

During Bayne’s trial the High Court in Edinburgh also heard that he took Zoe’s sister Laura Anne, who he was also involved with, to see her body. Laura Anne kept this information from police for five days but said she had been threatened by her sister’s killer.

The siblings had fought with each other outside their home in Crindledyke Crescent before her disappearance.

In March 2011 a jury of seven men and seven women returned a unanimous verdict to the murder charge.

When the guilty verdict was announced he went berserk, headbutted a court officer and tried to get out of the dock before being restrained and handcuffed.

Former Assistant Chief Constable Robertson added: “This guy is dangerous and I even go home and sleep safer in bed knowing that he is behind bars.

“I’ve dealt with a lot of killers and a lot of violent people in my career but there is no remorse, there is no conscience.

“That to me is pretty scary, that’s a dangerous character.”

Although happy he is behind bars for their friends murder, both Gemma and Jade believe that Bayne got off lightly with a minimum 20 years sentence.

“He should have got way more than that, to be honest with you,” said Gemma. “I think they should have brought the death penalty back just for him, I really do.”

Jade added: “How can justice be done when he will eventually walk free from prison? Life should mean life.

“He’s gonna live a life after this and we’ve lost the best person that anybody can ever have in their life.

“So justice might have been done for Zoe but...how can he be allowed a life after this?”

While 11 years may have passed since the murder which stunned the Lanarkshire town and indeed the country, time will never heal the deep and lasting impact on the community.

Zoe’s friends and family continue to keep her memory alive.

Murdertown will be shown on the Crime+Investigation channel on October 18.