Friedman: A US retreat from world stage could doom Abraham Accords 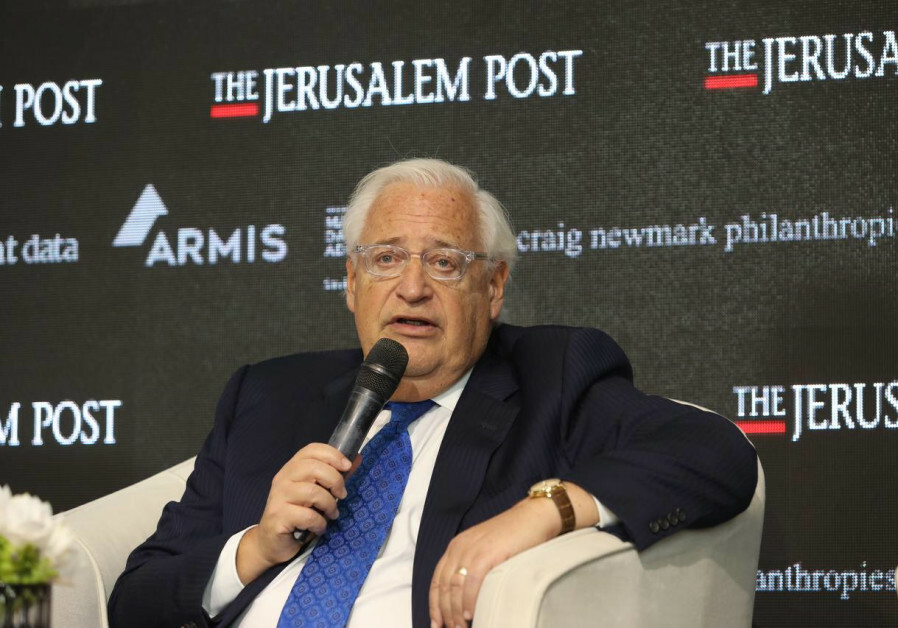 The retreat of the United States from the world stage could doom the Abraham Accords, former US ambassador to Israel David Friedman told The Jerusalem Post Annual Conference on Tuesday, in a warning to the Biden administration.

“This won’t work if America retreats from the world stage and fails to project its values in the region,” said Friedman as he spoke with the paper’s senior contributing editor and diplomatic correspondent Lahav Harkov at Jerusalem’s Museum of Tolerance.

He spoke of the deal brokered by the former Trump administration under whose rubric Israel normalized ties with four Arab countries: the United Arab Emirates, Bahrain, Morocco and Sudan.

As a Trump administration envoy in the region, Friedman was a part of the process from its infancy. On Monday, he launched the Friedman Center for Peace through

Strength to help continue to advance the accords. He has just completed a documentary on the process and is authoring a book on the initiative.

The accords, he said, were possible because they were backed by a strong US that guided and encourages ties between Arab nations and Israel, offering political, economic and security support.

Friedman never mentioned the US President Joe Biden’s withdrawal of US forces from Afghanistan, but he appeared to reference it when he said that the Biden administration needs to convince Arab states that it can be depended on as a strong regional ally.

Countries that signed the Abraham Accords and those that could join the deal are asking, “Is America going to be a reliable partner going into the future? All these countries depend on a strong America,” Friedman said.

He also spoke to the Biden administration’s attempt to revive the 2015 Joint Comprehensive Plan of Action. The plan, otherwise known as the Iran nuclear deal, was

designed to limit Iran’s nuclear capacity and was signed between Tehran and six world powers.

The former Trump administration exited the deal and the Biden administration has sought to revive it, but third-party talks held in Vienna have stalled.

In the interim, Iran has advanced toward the production of a nuclear weapon, a move that diplomats and pundits have speculated could soon render the idea of reviving the JCPOA irrelevant.

Friedman said the Biden administration had to be on only one of two paths; it could halt Iran’s nuclear program through maximum sanctions and covert action, or it could engage in talks with regard to a new deal that would replace the JCPOA.

But this gray area, in which there was an absence of diplomacy and maximum pressure, was not applied and was unsustainable. He also cautioned the Biden administration against lifting sanctions just for the option of continuing talks to revive the 2015 Iran deal.

It does not make sense, he said, “to let up on sanctions, reduce the pressure and beg for a diplomatic outcome.”