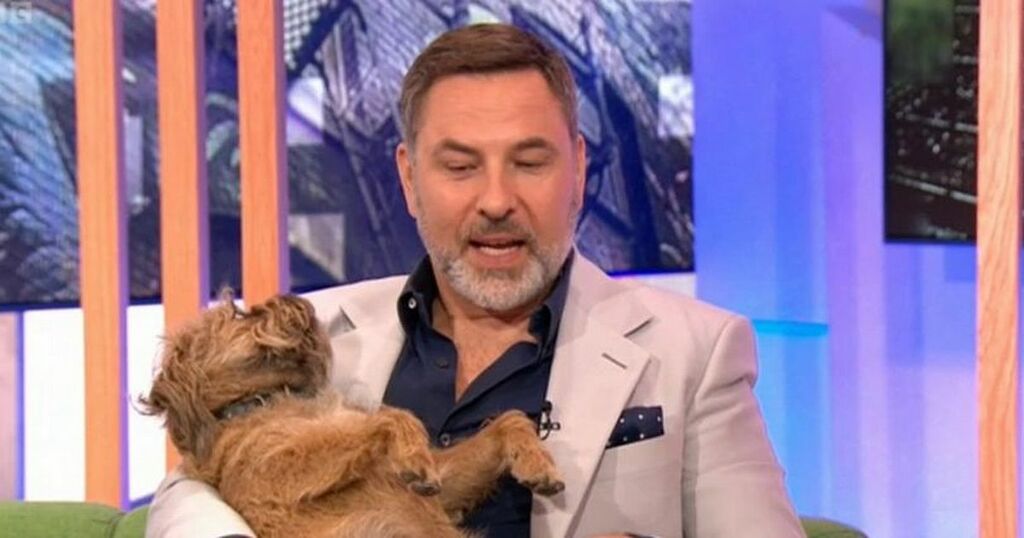 The Britain's Got Talent judge brought his pet pooch Ernie onto the popular television talk show, as a ploy to…

The Britain's Got Talent judge appeared on the famous green sofa

The court was shown pictures of Johnny Depp allegedly after drug binges.

The top stories you need to know today include the SNP winning the council elections, the restaurant owner who gave a £1k bill to a waitress, and David Walliams getting slammed for 'disgusting' behaviour with his dog.

Here are the latest headlines from Scotland and beyond.

The SNP has come out as the biggest party at the Scottish council elections.

Nicola Sturgeon's party managed to get 450 councillors elected to council chambers across Scotland. It is a gain of 23 seats on the 2017 result.

The biggest result of the day for the Nationalists was in Glasgow where they just managed to cling onto being the largest party in Scotland's biggest city.

A top chef states that he is giving the £1,000 paid by a wealthy group of diners to his young server as a result of the way they treated her while in the restaurant.

Lee Skeet, who trained under Gordon Ramsay, called the group out on social media on May 4 and accused them of "inappropriate behaviour".

Slamming the party as "rich people who think they can treat people like c***," Mr Skeet, who runs Cora in Pontcanna, shared an email on Twitter that he had sent to the head of the group.

David Walliams brought his pet dog onto BBC's The One Show on the evening of May 5 - but some viewers believe that he was getting a bit too close to the pooch.

He was slammed for his 'disgusting' behaviour with his border terrier, Ernie, as he sat on the well-known green sofas on Thursday evening.

The Britain's Got Talent judge was on the show to discuss his new children's book, The World's Worst Pets, Birmingham Live reports.

Amber Heard took to the stand for a second day in the defamation case against former partner Johnny Depp on May 5.

The actress, aged 36, brought with her a number of explosive claims to the court box on her first day of questioning on May 4 during the $50 million trial, where Depp, 58, is suing his ex-wife for alleged defamation.

The entire case relates to an article written for The Washington Post back in 2018 in which Heard claimed she was a victim of domestic violence, as reported by The Mirror.

A dad has admitted he 'cannot stand' his young daughter and if he could 'would never see her again'.

The 31-year-old parent shared his feelings about his daughter, who is about to turn five, on Reddit.

He explained that despite his best efforts, he doesn't enjoy having a child and knew from the day his little girl was born that parenting wasn't for him.

State Pension currently provides essential financial support for over 12.4 million older people across the UK, including 981,399 retirees living in Scotland.

On April 11, the Department for Work and Pensions (DWP) increased most benefits and State Pension payments by 3.1% and people should start to see that uprating land in their bank accounts over the next few weeks.

The Britain's Got Talent judge brought his pet pooch Ernie onto the popular television talk show, as a ploy to…

The Britain's Got Talent judge appeared on the famous green sofa

The court was shown pictures of Johnny Depp allegedly after drug binges.