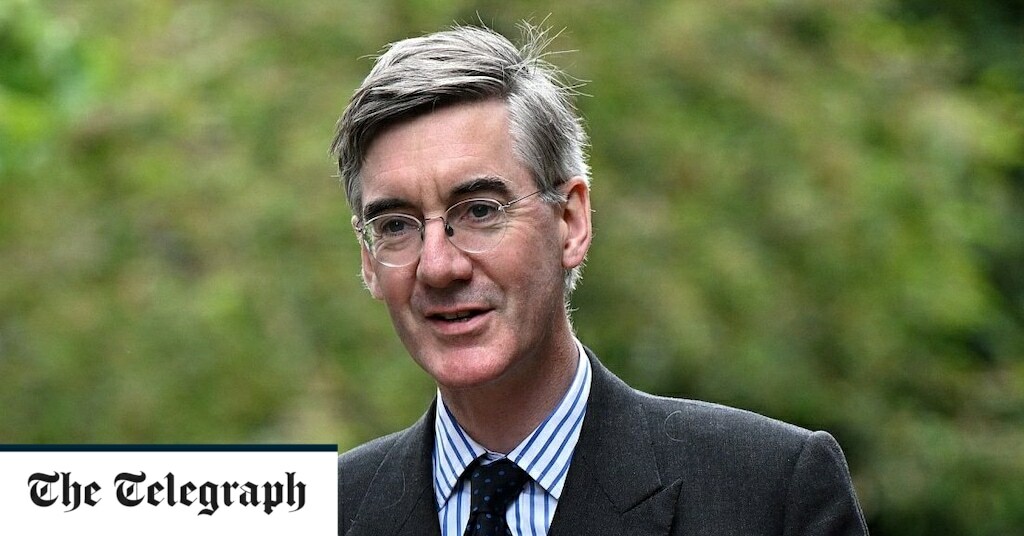 Jacob Rees-Mogg declares war on ‘three-day week’ for the Civil Service
Working from home is being used as an excuse for long weekends, says Cabinet minister in charge of efficiency

’You do have to be quite cautious, fiscally, not to make the problem worse’

Boris Johnson has announced plans to make more than 90,000 civil servants redundant, claiming the savings can be used to…

Daily Mirror
One subscription that gives you access to news from hundreds of sites
Police issuing more than 100 partygate fines is ‘non-story’, minister says

Your 5am headlines from The Telegraph's news team 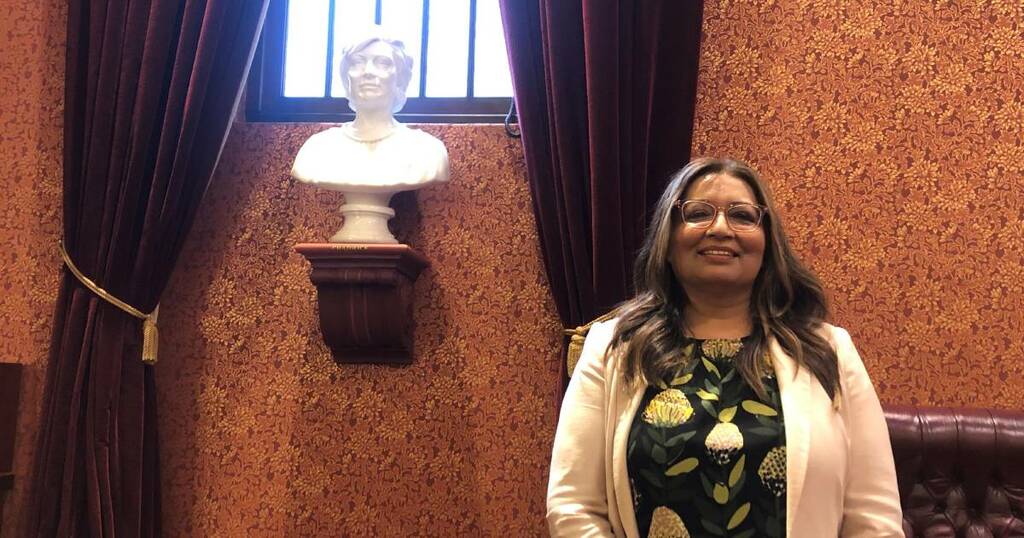 Wagatha Christie | Coleen Rooney said Rebekah Vardy has a "desire to be famous" as she took to the stand for the first time in the "Wagatha Christie" case. When questioned about her remarks by Mrs Vardy's lawyer, Mrs Rooney said: "My view was she wants to be kept relevant within the press, within the public eye." Read the latest summary.

They have faced Brexit, a pandemic and a cost of living crisis.

Perhaps it is little surprise to civil servants that there is another major challenge ahead - only this time it is about whether they will have a job.

Jacob Rees-Mogg today set out plans to cut civil service jobs by 90,000, which would reduce the workforce to levels below those seen in the run-up to the Brexit vote in 2016.

Covid jobs will be among the first to be cut from Government departments, it is understood, as the UK's largest civil service trade unions threatened a national strike over proposed cuts.

Telegraph analysis shows Mr Rees-Mogg's own department has more than doubled its workforce since Brexit.

The Cabinet Office and the Department for Education have seen the largest increase in staff since December 2015.

As households face a deepening squeeze on living standards, minds have been focused in Downing Street.

Ben Riley-Smith has the inside story on Number 10's race to fix cost-of-living crisis.

Rishi Sunak blamed a "complicated" IT system for not raising welfare benefits to shield the most vulnerable from the squeeze.

The Treasury this week downplayed a suggestion made by Boris Johnson that further help would be made available within days and some Tory MPs have privately argued it may be needed before the summer.

A report published by the Public Accounts Committee warned some of the systems used by the Department for Work and Pensions had been "unfit for purpose" for decades.

Read what Mr Sunak admitted "sounds like an excuse", while Matthew Lynn suggests catastrophic mistakes by the Chancellor and Prime Minister are pushing the pound to dollar parity.

The squeeze on living standards comes as households face another looming threat to their wealth - the risk of a property price collapse.

London house prices have been forecast to fall by 10pc in the next two years as its property market bears the brunt of the cost of living crisis.

Britain's post-credit crunch age of rock-bottom borrowing costs is at an end, while interest rates on some mortgages have doubled in a matter of months.

The housing market faces a reckoning. Isabelle Fraser says everyone has been predicting a house price crash for years – but this time it's different.

It is fair to say Telegraph readers were underwhelmed by the Government's policies to try to tackle the cost of living crisis set out in the Queen's Speech this week.

Read what topics got them fired up this week.

Also causing some dissatisfaction was news of a bottle of champagne signed by Mr Johnson thast was labelled a "souvenir of partygate" as it was sold off at a charity event in Hertfordshire.

Oliver Dowden, the chairman of the Conservative Party, donated the item "in good faith" several months before the auction on Thursday night.

Read how some who shared a picture of the label on social media claimed it showed the Conservative party did not take partygate seriously.

New footage from inside the besieged steelworks in Mariupol shows utter devastation as Ukrainian fighters launch grenades to force back a Russian attack, in the first direct evidence that Moscow is trying to storm the plant. It comes as Ukraine has held its first war crimes trial of the war today, with a Russian soldier in the dock for allegedly shooting an unarmed 62-year-old civilian in the head as he rode his bicycle home. Britain will target Vladimir Putin's ex-wife and cousins in a fresh round of sanctions, Liz Truss has announced, with the aim of cracking down on the Russian leader's financial network. However, Brussels could shelve its plans for an embargo on Russia oil imports amid mounting tensions over the bloc's attempts to roll out a sixth package of economic sanctions.

Is this electronics whizz a genius or a conman?

Drone maker Vernon Kerswell is routinely abused online by his investors. His crime? Failing to deliver his invention on time

Sebastian Vettel, the four-times Formula One world champion, used his appearance on Question Time to criticise the Brexit "mess" the UK finds itself in, and also questioned his own F1 future in "one of the most gas-guzzling sports in the world". He accepted that he was "a hypocrite" for speaking out on climate change having dedicated much of his life to racing cars but Oliver Brown argues he is no such thing - and is elevating athlete activism for the better. Meanwhile, the FA is facing criticism for considering launching a non-fungible token collection as more elite clubs do deals with cryptocurrency firms while markets tank. After Arsenal's demolition at the hands of Spurs, Sam Wallace says a petulant Mikel Arteta has left himself exposed with his latest moan.

Billions of dollars have been wiped off Twitter's market value after Elon Musk said his planned takeover of the social media company was on hold. Twitter's shares fell 10pc as markets opened, dragging its market capitalisation down to just over $30bn. Musk has offered to buy the company for $44bn. The world's richest man said he was halting the process due to concerns about the number of fake and spam accounts on the platform. He later tweeted that he was "still committed" to the deal. Meanwhile, the value of one of the world's biggest cryptocurrencies has been all but wiped out in the space of four days amid a market rout that has shaken confidence in the sector. James Titcomb explains why cryptocurrencies have crashed – and what happens next.

Cinema | Want a movie that does what it says on the tin? Everything Everywhere All at Once delivers on the title's promise - with a brain-scrambling sci-fi comedy starring Michelle Yeoh. It also features an emotional return to our screens for Ke Huy Quan, the child star of two of the biggest films of the 1980s. He explains why he disappeared. Also in cinemas now is Father Stu, a redemption flick starring Mel Gibson, Mark Wahlberg and an ill-advised Hitler joke. Do not forget tomorrow night delivers the guilty-pleasure event of the year, as Eurovision returns for its 66th outing. Get in the mood for this year's musical celebration with this rundown of the show's 25 most embarrassing performances ever.

Staying stylish | Prince Harry may have joined the Midlife Not Me club early as he starred in a promotional video this week. Shane Watson sets out 10 fashion mistakes midlife men must avoid - as Sir Anthony Hopkins leads the charge on silver style for men.

Jacob Rees-Mogg declares war on ‘three-day week’ for the Civil Service
Working from home is being used as an excuse for long weekends, says Cabinet minister in charge of efficiency

’You do have to be quite cautious, fiscally, not to make the problem worse’

Boris Johnson has announced plans to make more than 90,000 civil servants redundant, claiming the savings can be used to…

Daily Mirror
One subscription that gives you access to news from hundreds of sites
Police issuing more than 100 partygate fines is ‘non-story’, minister says

Your 5am headlines from The Telegraph's news team