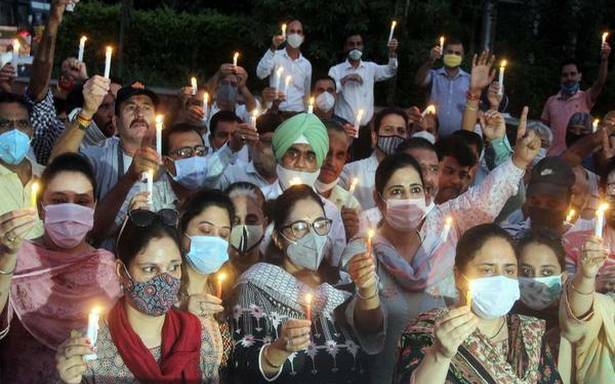 The J&K police suspect that more than three fresh militant recruits may have carried out the recent targeted killings of seven civilians, including the Principal and a teacher of a government school, in the past one week, in the capital and in Bandipora.

Sources said the police is also investigating reports that the militants, whose could number about two-three, segregated teachers on the basis of their religion at the Government Boys Higher Secondary School, Iddgah Sangam, before killing the Principal and teacher from minority communities.

Initial police investigation suggested the militants walked into the premises of the school, headed for the room of the Principal, and confiscated the mobile phones of the staff members before segregating them.

“In all such cases, terrorists have been using pistols. These acts are committed by newly-recruited militants or those who are about to join militant rank,” Inspector General of Police Vijay Kumar said.

Mr. Kumar said the police were working hard to identify “part-time, hybrid militants”. “We have received several leads and are working on it. We appeal to the general public, especially minority communities, not to panic,” he added.

Meanwhile, security has been beefed outside businesses owned by minority community members and areas in which non-local labourers stay in the Valley “as a precautionary measure”.