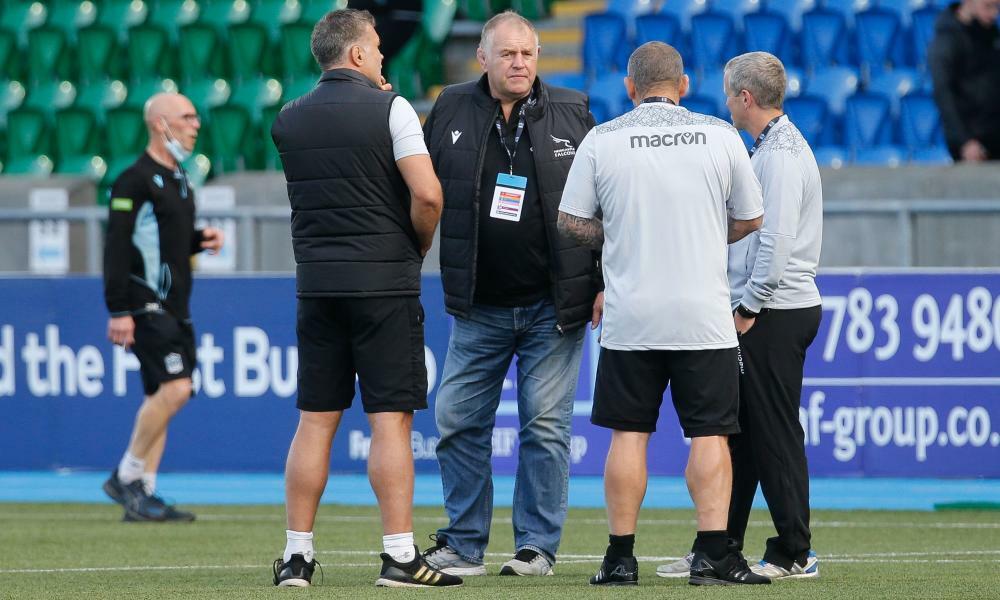 Fresh doubt has been cast on European fixtures involving English clubs playing in France this week amid fears strict travel rules could wreak more havoc on the Champions and Challenge Cups.

Newcastle are due to play in France on Friday, as are Bath and Sale at the weekend, and while the organisers, European Professional Club Rugby, said last week that all fixtures will go ahead as planned, the key stumbling block is that clubs must isolate for 48 hours upon arrival before their matches, according to current travel rules. On Monday night officials were lobbying the French authorities through the Ligue Nationale de Rugby to relax that rule. But if the 48-hour isolation ruling remains, those fixtures would be cast into considerable doubt with the English clubs harbouring concerns over travelling.

Newcastle’s encounter with Biarritz in the Challenge Cup being on Friday means the issue is all the more pressing for Dean Richards, who voiced his concerns after Saturday’s defeat by Northampton. Sale, meanwhile, have already raised the prospect of not travelling to Clermont for Sunday’s Champions Cup match with their director of rugby, Alex Sanderson, expressing fears that his South African players would not be granted the necessary visas in time. Bath, who face La Rochelle in the Champions Cup on Saturday, were similarly in limbo on Monday night.

EPCR has stressed that clubs will be able to train during the 48-hour period, but there are fears among the English clubs over the need to produce a negative test to leave isolation, which in turn raises the possibility that members of the travelling party could be stranded in France. Newcastle’s situation is all the more complicated because they are also due to play away to Toulon on Saturday 22 January.

EPCR had said all matches would go ahead as planned after revealing the French government had given teams permission to travel “in pursuit of economic activity”. That appeared to avoid a repeat of the seven cancelled in December but hopes of avoiding another decimated round of fixtures appear to hinge on whether the French government is willing to drop its 48-hour requirements.

“We’re not sure where we stand with it all and to be honest I’m not sure if we can go,” said Richards. “There has so far been no relaxation from the French government regarding the 48-hour isolation requirement and it’s very much up in the air. We just don’t know where we stand.”