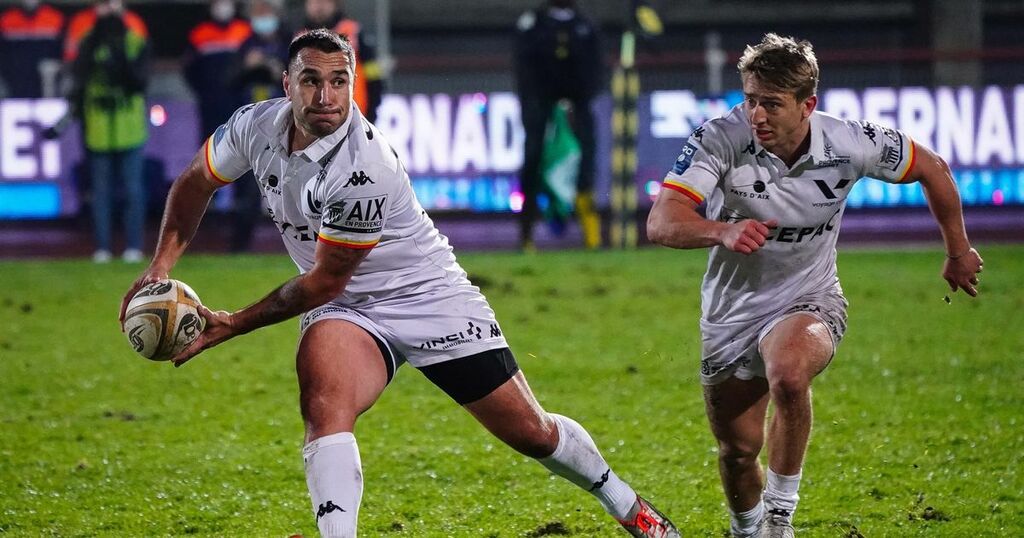 Ludovic Radosavljevic has issued an apology after coming forth as the Provence player who allegedly threatened to burn Christian Ambadiang and called the Nevers players a “banana eater.”

French rugby was stunned after Ambadiang took to social media following Provence’s 26-23 win over Nevers, when he was the target of the violent threat: “I will burn you, banana eater.”

The identity of the culprit had not been known until now, however, with former Clermont scrum-half Radosavljevic issuing an apology for the remarks.

The 32-year-old’s public statement said he offered his apologies “immediately in the locker room” after the game, saying his actions were not the kind of example he wanted to set for his children:

A translation of the statement read: “Following recent events, and after an apology already formulated immediately in the locker room, today I would like to publicly and officially present my apologies to Christian Ambadiang, for my remarks which are unacceptable.

“Following a chain of events in a tense match, my words went beyond my thought. I measure the gravity of my actions and take full responsibility for it, also apologising to all the people who were shocked by this.

“It is not part of my values nor of those that I pass on to my children. I remain a human who makes mistakes and learns from them.”

Radosavljevic previously spent nine years with Top 14 giants Clermont and was part of the squad that won the league title in 2010, going on to clinch it once more with Castres eight years later.

Winger Ambadiang was born in Cameroon and previously played with the Southern Kings in South Africa prior to joining Nevers last year.

The 22-year-old posted on Instagram shortly after Friday’s match and described the verbal assault he suffered as “utterly unacceptable and in bad taste.”

“It is crazy to think that in the rugby community such racist incidents should be swept under the carpet and condoned in private. I know that there are people that have experienced blatant racism and that are afraid to stand up for themselves publicly only to protect those people’s reputation (sic) privately,” he added.

Ambadiang tagged the official Pro D2 account and France’s National Rugby League (LNR), concluding: “I’m not a big social media personality but I hope that it gets to the right people and that something needs to be done about it. We as players in the broader rugby community should endeavour to stand up for ourselves or for other whenever we experience such racist behaviour. We need to do better.”

A joint statement by the French Rugby Federation and the LNR confirmed the incident would be subject to an investigation: “The FFR and the LNR have seized the disciplinary commission of the LNR via their respective presidents, Bernard Laporte and Rene Bouscatel.

“This exceptional joint referral from two bodies committed to the promotion of diversity concerns the unacceptable comments made by Provence player Ludovic Radosavljevic against Nevers player Christian Ambadiang.

"The FFR and the LNR also wish to underline the exemplary attitude of the two clubs, which have engaged in a rapid and responsible dialogue with the various stakeholders.”

Former Racing 92 winger Simon Zebo—who recently completed a sensational return to Munster—called for a permanent ban when allegations of the racist insult first came to light.

“Life ban for that scumbag,” he wrote on Twitter.

“No more no less. #NoToRacism.”

The Ireland international doubled down in his judgement after Radosavljevic was revealed as the culprit, adding: “If that club has an ounce of respect. P45 for that excuse of a man.”