Andy Murray has opted to skip Roland Garros and turn his attention towards the grass-court swing, while Liam Broady, Paul Jubb and Lily Miyazaki all fell in the second-round of qualifying in Paris.

Emma Raducanu will be hoping her injury woes are behind her, as she joins Heather Watson and Harriet Dart in the women’s draw. Cameron Norrie and Dan Evans are the British pair in the men’s draw.

Here’s all you need to know about the five British singles contenders...

In her first French Open appearance, Raducanu is the 12th seed as she continues to adapt to life on clay.

The 19-year-old’s preparations have been hampered by injury concerns, the latest a back injury that forced Raducanu to withdraw during her match against Bianca Andreescu in Rome.

Before that, blisters on her hands and foot have been among the injuries to impact the teenager this year, as well as a hip injury that led to a retirement in Guadalajara.

Raducanu has declared herself fit for the French Open this week though and will start her campaign against qualifier Linda Noskova, the 17-year-old who was junior champion at Roland Garros last year.

Should she make it through her first two matches, Raducanu could face Angelique Kerber in the third round, or even fellow Brit Heather Watson.

Ons Jabeur, Maria Sakkari, Barbora Krejcikova and then a final against Iga Swiatek complete the projected route to Roland Garros glory, for those keen to get carried away.

Cameron Norrie is yet to make it past the third round of a Grand Slam but a stellar 12 months has seen him rise to 11th in the world.

There have been promising signs on clay in the build-up to Roland Garros, with a strong run in Lyon this week, while he won the Delray Beach Open earlier this year and then reached the final in Mexico a week later where he was beaten by Rafael Nadal.

The task now for Norrie is to translate those performances to tennis’ four biggest prizes - he won’t be a popular man in Paris when he faces Frenchman Manuel Guinard in the opening round.

A projected round of 16 clash against Carlos Alcaraz looms should the opening matches go according to seedings, with Alexander Zverev and then either Rafael Nadal or Novak Djokovic waiting after that. Norrie will have to do it the hard way.

The French Open has not been a particularly happy hunting ground for Evans in recent years, with two second-round exits the best he has managed in the Grand Slam.

His recent form is not where he’d want it either, with six first-round exits in the ten tournaments he has played since winning six games in an Australian Open defeat to Felix Auger Aliassime. Despite that, the 31-year-old is the 29th seed in Paris.

First up for Evans at Roland Garros is Argentina’s Francisco Cerundolo, a match in which the Brit is a slight favourite. Should he make it to the third round, Stefanos Tsitsipas will likely be waiting for Evans.

Heather Watson made it straight through to the main draw of the French Open without having to make it through qualifying this year.

The 30-year-old was knocked out in the second round of the Australian Open earlier this year, before a solid run in Miami. Watson struggled on the Madrid clay courts though, failing to make it through qualifying, and has dropped out of the top 100 in the world.

In nine appearances in the Roland Garros main draw, Watson is yet to make it past the second round. She’ll be looking to at least match that this year, with a first-round clash against France’s Elsa Jacquemot.

Angelique Kerber would be a likely second-round opponent, with Raducanu potentially waiting after that should Watson find some real form.

Like Watson, Harriet Dart has avoided the stress of French Open qualifying with direct entry into the main draw.

Dart made it through three rounds of qualifying at the Australian Open before losing to Iga Swiatek in the opening round - the Brit is far from alone in being beaten by the all-conquering world number one this season.

There was also an impressive run to the last 16 at Indian Wells for Dart, including wins over Elina Svitolina and Kaia Kanepi, while she was also involved in Great Britain’s Billie Jean King Cup tie against the Czech Republic.

It’s a tough first-round draw for the 25-year-old, who faces Martina Trevisan. The Italian beat Garbine Muguruza earlier this week on her way to the final in Morocco, and reached the quarter-finals at the French Open in 2020.

Sixth seed Ons Jabeur is the expected opponent for either Dart or Trevisan in the second round. 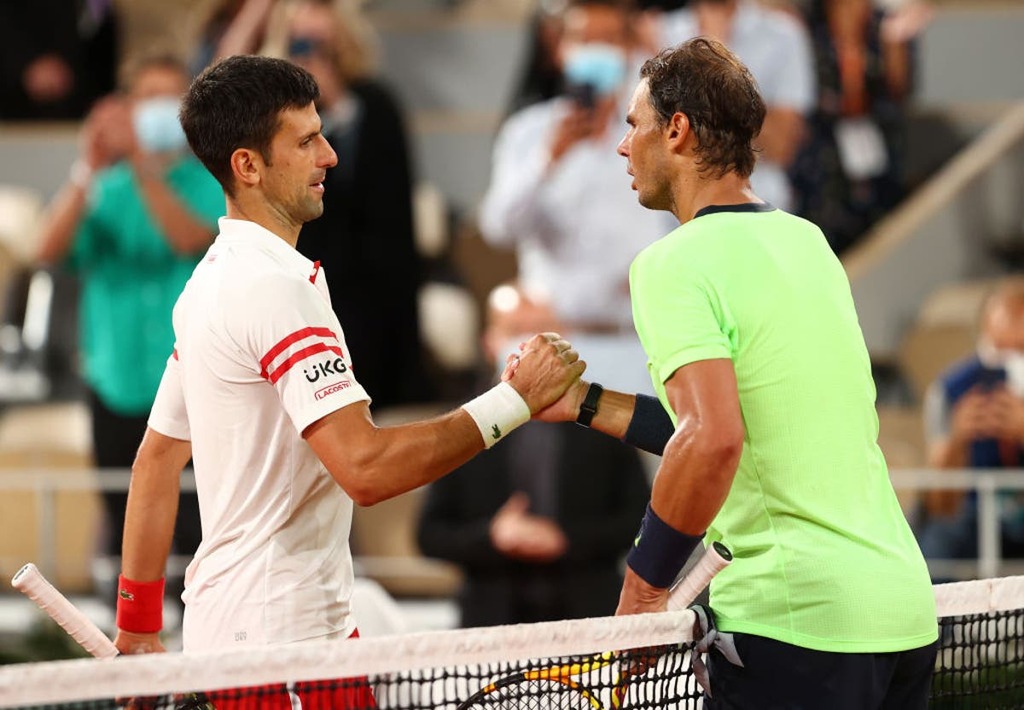 Five British players will compete in singles at Roland Garros

The Independent UK
French Open 2022: When does it start, odds, draw and preview with Novak Djokovic and Iga Swiatek top seeds