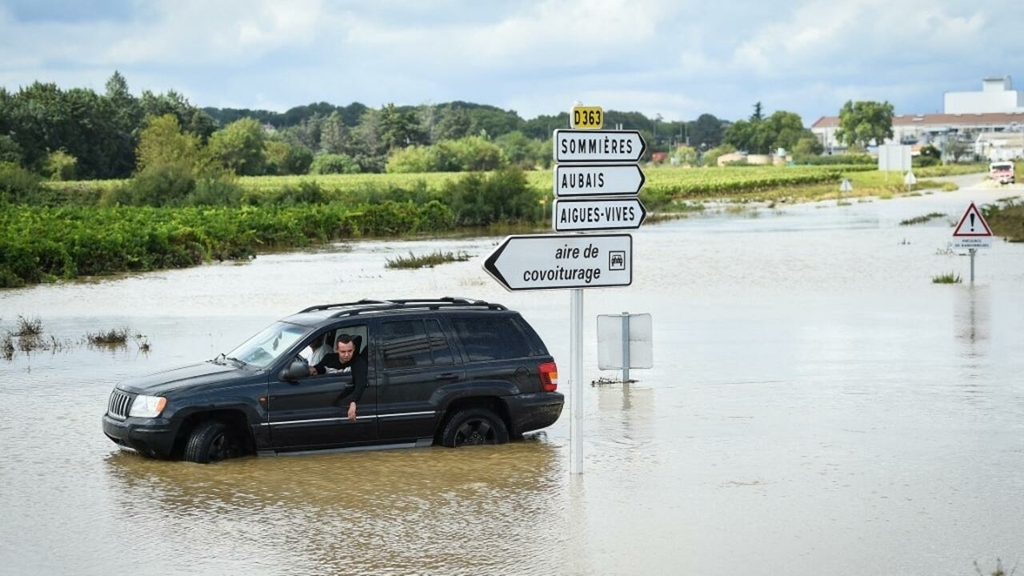 Government spokesperson Gabriel Attal announced on Wednesday that a state of emergency for natural disaster would be recognised next week in the Gard department in the south east of France after violent storms caused major damage.

The stormy wave that hit a large part of southern France on Tuesday was particularly active in the Gard, where it affected some sixty villages or towns. The department was placed under red alert by the weather bureau (Météo-France) between 11.30am and 2pm, particularly around Nimes, where the roof of a shopping centre partially collapsed.

The torrential downpour forced the closure of the A9 major motorway for several hours.

A person was reported missing in the town of Aimargues, south-west of Nimes, but was found safe and sound on Wednesday morning by the gendarmes, the prefecture announced.

The 65-year-old man, "initially thought to have fallen into the Rhôny", a tributary of the Vistre, had "found refuge when the waters rose", the same source said.

So far, no casualties have been officially reported in the department, classified as 'Orange' alert.

On Tuesday evening, the Interior minister Gérald Darmanin, came to meet the emergency services and the authorities on the spot and described "very exceptional circumstances, very concentrated and very unpredictable".

He warned about what would happen next: "We are particularly vigilant in the Hérault and the Gard, where we fear other episodes of this type in the coming hours and days."

Météo-France warned of further thunderstorms and floods in the Gard, Herault, Ardèche, Drôme and the Isère -- all areas still on orange alert.

"Nothing suggested an event of this magnitude," confirmed Marc Pontaud, an expert from Météo-France. "244 mm in three hours at Saint-Dionisy is exceptional," he insisted, recalling that the absolute record in the Gard was 216.4 mm at Saint-Martial on 19 September 2020.

While many roads and bridges were cut, the A9 motorway, a major route linking the Rhone valley, the Marseille region and Italy to Spain, was closed for several hours.

On this motorway, "around 30 people were brought to safety by air and land", said the fire brigade, which carried out a total of 60 helicopter rescues and 450 safety interventions.

On Wednesday morning, a handful of secondary roads remained closed to traffic in the affected area, southwest of Nimes. The 800 firefighters deployed on the ground were continuing non-emergency operations.

The government spokesman, Gabriel Attal, announced on Wednesday 15 September that the state of emergency for natural disasters would be recognised next week.