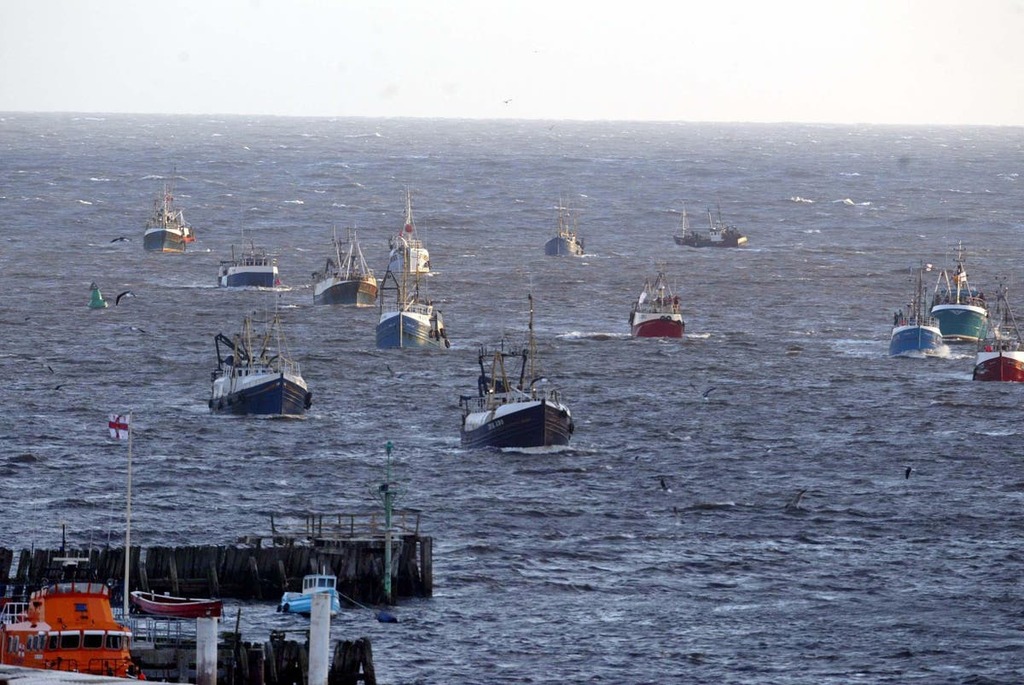 French fishermen who have lost their right to fish in British waters are planning a blockade that could start as soon as Friday.

The fisherman plan to target Christmas supplies that are being imported into the UK and promised to block Calais, Dunkirk and the Channel Tunnel if necessary.

A row has broken out over the UK government’s refusal to grant many licences for French fishermen to work in British waters after Brexit.

One fisherman, Laurent Merlin, told the BBC that they are “in a constant state of anxiety and anger” and added: “We are waiting until Friday, and then we’ll start to organise ourselves to attack.”

Speaking from the French port of Boulogne-sur-Mer, Mr Merlin said: “We’ll create as much disruption as we can, by blocking the things Britain needs the most.

“We saw the [impact of the] gas shortage; we’ll try to create another shortage of something else. We’re ready to block everything: Calais, Dunkirk, the Channel Tunnel. We need this fishing licence and we’ll do anything to get it.”

Manager of the local fishing committee, Benoit Firmin, said that, if the blockade goes ahead, it would probably target Christmas supplies and be wider than just the port in Boulogne.

He poked fun at the supply chain crisis in the UK, saying: “We haven’t even blocked yet and already there is a lack of food, petrol and staff.”

He added: “Are we going to make things worse? Maybe, but there’s a lot of frustration among the community, so fair enough.”

The EU reportedly tried to cool tensions last week by telling the French government to calm its rhetoric over the fishing row.

However, France rallied its European allies on Tuesday and issued a joint statement calling on the UK to ensure “continuity” for French fishermen post-Brexit.

France urged the UK to “respect the Brexit deal” and argue that Britain’s request for small fishing boats to provide historic geolocation data was “not provided for in the deal, and is not required by European regulations.”

The statement continued: “We therefore call on the United Kingdom to promptly respond and undertake further technical work in accordance with ... the agreement.”

Olivier Lepretre, president of the regional fishing community in Hauts-de-France, said that the requirement for fishermen to prove their presence in British fishing grounds between 2012 and 2016 is very difficult.

Many smaller boats didn’t have tracking equipment at the time.

“We feel like the punching ball between Europe and the UK,” he said.