All 14 suspects on trial received guilty verdicts for helping brothers Said and Cherif Kouachi and Amedy Coulibaly plan and carry out attacks that claimed 17 lives over three days in January 2015.

Among the 14 was Coulibaly’s former partner Hayat Boumeddiene, who was found guilty of financing terrorism and belonging to a criminal terrorist network and sentenced to 30 years in prison.

She was one of three accomplices tried in absentia and is thought to be alive and on the run in Syria, where she is thought to have fled around the time of the attacks in order to join the Islamic State armed group.

Mohamed Belhoucine, also tried in absentia and thought to have died in Syria, as well as Ali Riza Polat, presented as Coulibaly’s right-hand man and present in the court, were both convicted of complicity in terrorist crimes. They were given life and 30-year sentences, respectively.

Other defendants were found guilty on charges ranging from membership in a criminal network and complicity in the attacks to lesser offenses.

At the heart of the trial were questions of who helped the attackers, how, and what they knew, all of which was difficult to determine as the Kouachi brothers and Coulibaly died in police raids on the third day of the attacks.

Many of the 11 suspects present in the court knew one another from prison and claimed any facilitating they had done was unknown to them or for crimes like robbery. Defence lawyers warned the court not to convict the accused to satisfy public demand for vengeance.

Investigators sifted through 37 million bits of phone data, according to testimony of judicial police. Several of the suspects had exchanged texts or calls with Coulibaly in the days leading up to the attack.

The attacks, which were claimed by Al Qaeda and the Islamic State group, confronted France with the challenge of facing threats of jihadist-inspired attackers brought up in France and from abroad.

“The fact of choosing victims precisely because they were journalists, or a member of the security forces, or of Jewish faith, clearly demonstrates in itself their desire to sow terror in Western countries,” the presiding judge told the court.

After the ruling, Charlie Hebdo lawyer Richard Malka said the defendants were part of an international network that enabled the attackers.

“Without these nebulous networks, attacks cannot occur,” Malka said in the first reaction from a representative of the magazine to the verdicts.

The attacks on Charlie Hebdo, which Al Qaeda listed as a target for the publication of cartoons mocking the Prophet Mohammed, fuelled fierce debates over press freedom in France.

The debates resurfaced as the magazine republished the cartoons to mark the start of the trial in September this year.

“We welcome the verdict in the trial for the January 2015 attacks, which targeted Charlie Hebdo in particular,” wrote Christophe Deloire, secretary general of press freedom group Reporters Without Borders.

We welcome the verdict in the trial for the January 2015 attacks, which targeted @Charlie_Hebdo_ in particular. It is proof that violent extremists don’t have the last word. Thanks to justice, it is freedom that has the last word. #CharlieHebdo pic.twitter.com/T3jn87ATHC

The trial opened in September in a new courthouse equipped for filming and for distancing due to the Covid-19 epidemic. It lasted longer than planned after several defendants tested positive for the disease caused by the new coronavirus. 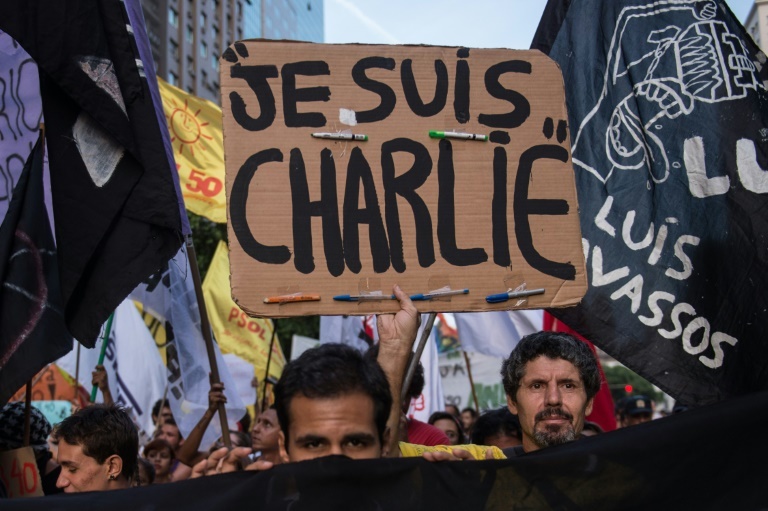