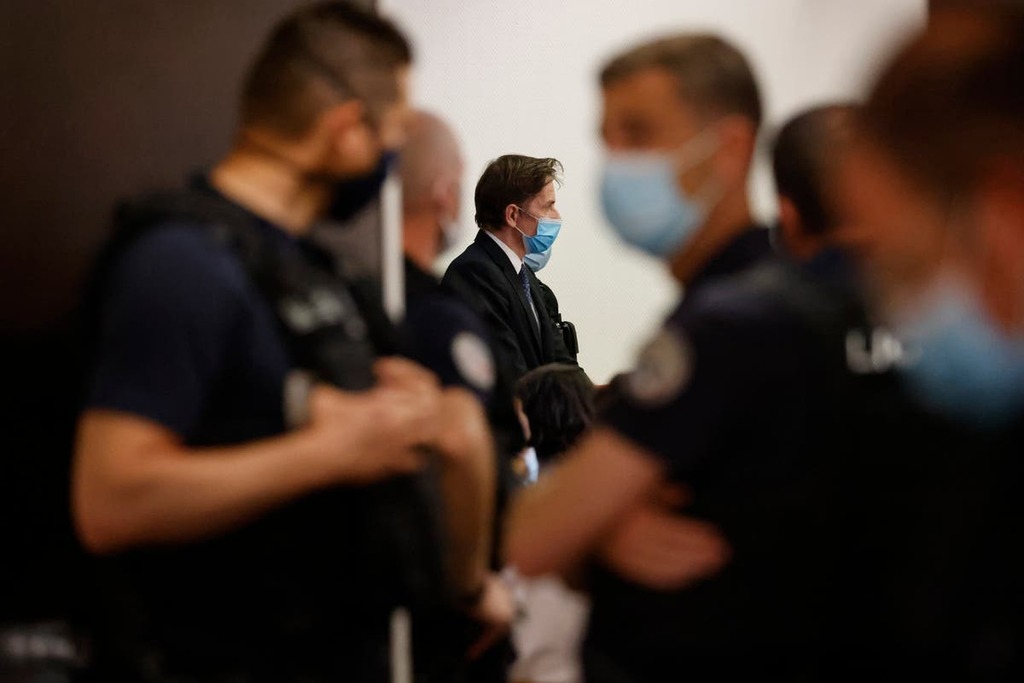 The old music box factory had been abandoned for years on the outskirts of the Swiss mountain town.

It was the perfect hiding place for the young French mother and her 8-year-old daughter at the heart of Operation Lima, an international child abduction plot planned and funded by a French group with echoes of the far-right extremist movement QAnon

Lola Montemaggi had lost custody of her daughter, Mia, to her own mother months earlier because French government child protective services feared the young woman was unstable. But Montemaggi found people online who shared the QAnon belief that the government workers themselves were running a child trafficking ring. She turned to them to do what she needed to do: Extract Mia.

The April 13 kidnapping of the girl marked what is believed to be the first time that conspiracy theorists in Europe have committed a crime linked to the QAnon-style web of false beliefs that sent hundreds to storm the U.S. Capitol on Jan. 6.

QAnon influence has now been tracked to 85 countries. Part of its loose collection of beliefs is specific to the United States where the conspiracy theory began. But the conviction that there is a deep state conspiracy and cabals of government-sponsored child traffickers crosses borders, as does anti-vaccine rhetoric since the start of the pandemic.

Europol the European policing agency, adding QAnon to its list of threats in June.

Mia's abduction was inspired by a former politician who promised to save trafficking victims and lead France back to greatness. Two of his followers accused in the kidnapping were charged last week with terrorism, in what authorities say is another far-right plot against vaccine centers. Montemaggi was freed Monday after nearly six months in jail, but will remain under judicial supervision.

“If someone is trying to get back their child and says they’re with this cabal, there’s now a support network where before QAnon it would not have existed,” said Mia Bloom, who documented abductions for her book on QAnon.

By the time the mob stormed the U.S. Capitol on Jan. 6 this year, QAnon already had a foothold in Europe, especially in anti-lockdown protests in Britain and Germany.

In France, Montemaggi’s world was growing darker. She concluded that her government was illegitimate and its laws no longer applied to her, beliefs central to what is known as the sovereign citizen movement.

She said she was going to empty her apartment, sell her furniture and “go under the radar with her daughter.” Montemaggi had been losing weight for months, arguing so violently with her boyfriend that her family feared for Mia. Soon after, Montemaggi lost custody.

It was around this time that the name Rémy Daillet-Wiedemann started circulating in French QAnon chats on Telegram. The former politician, in self-imposed exile in Malaysia, was finding new audiences for his previously obscure calls to overthrow France’s government, resist the “medical dictatorship” of coronavirus restrictions and protect children from government-linked pedophiles.

The more Daillet-Wiedemann’s theories aligned with QAnon, the larger his audience. In early spring, a group of his supporters fell under surveillance by French antiterrorism investigators. Around the same time, one of Montemaggi’s Telegram friends advised her to contact Daillet-Wiedemann about her custody troubles.

Daillet-Wiedemann had a network of a few hundred supporters, with a much smaller “hard core,” according to François Pérain, the prosecutor in the region’s main city of Nancy. He instructed one of his supporters to make a plan for Mia and for another child in a similar situation, and wired 3,000 euros for transportation and equipment, Pérain said.

Five men, ages 23 to 60, came together in the plot they dubbed “Operation Lima” – an anagram of Lola and Mia’s names. A sixth man, a retired military officer, forged government paperwork.

The main planner went by the nickname Bouga and was an educator, according to his lawyer, Randall Schwerdorffer. He vetted Montemaggi with an online questionnaire before organizing what he considered “a legitimate intervention,” the lawyer said.

On April 13, a gray van pulled into Les Poulières. Flashing official-looking paperwork, the two men inside claimed to be carrying out a welfare check on Mia. The girl’s grandmother allowed them to take her briefly for an interview.

By the time she realized her mistake, Mia was on her way to a neighboring village.

There, Montemaggi waited with the other men. They caravaned to the Swiss border, then hiked east into the woods over several hours, taking turns carrying Mia. When they reached Switzerland, another member of the network met them. He took them not to a safehouse as expected but to a hotel.

The next day, Daillet-Wiedemann sent out a call for shelter that only one person answered, and only for one night, Pérain said.

By then, antiterrorism investigators had connected the van from Les Poulières with the clique of Daillet-Wiedemann supporters under surveillance.

Most of the men were arrested in France soon after. None bothered to hide their role or their conviction that the kidnapping was actually a restitution.

“They passed from conspiratorial beliefs to very serious acts, and those who went into action didn’t necessarily realize that they were on the wrong side of the law,” Pérain said.

On April 15, Montemaggi and Mia were driven to the decommissioned music box factory. It lacked electricity, running water and beds, but had something the young mother turned kidnapper needed more – isolation.

It took three nights for investigators to find them. Montemaggi was taken into custody on kidnapping charges. Her family declined comment, as did her lawyer. Mia was reunited with her grandmother.

“These are heroes. They are re-establishing the law. I congratulate them and will do everything to free them,” he said in a YouTube video viewed 30,000 times.

Malaysia expelled him a month later.

Now he is jailed on charges of conspiring in the organized abduction of a child. At his first hearing, Daillet-Wiedemann declared himself a candidate for president, maintaining that the charges against him are political.

Montemaggi was freed Monday after months of insistence from her family and lawyer that she poses no danger to her daughter or anyone else.