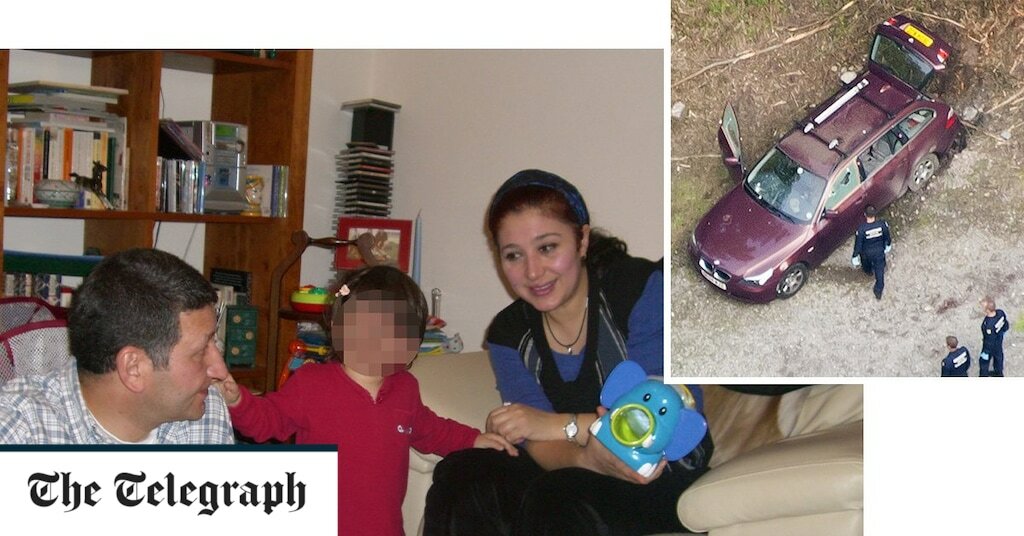 French police have detained a man for questioning in connection with the Alps murders in which a Surrey businessman, his wife and mother-in-law were killed in a case that has long baffled investigators.

The individual is reportedly a motorcyclist questioned in 2015, three years after the killings, and cleared of suspicion at the time. Police now wish to "verify his schedule" due to apparent discrepancies. His lawyer dismissed his detention as a "judicial error".

A relative of the slain British family on Wednesday expressed hope that justice would finally be done but told the Telegraph that his hopes had been dashed in the past.

Saad al-Hilli, 50, his wife Iqbal, 47, and his mother-in-law Suhaila al-Allaf, 74, were shot dead while on holiday in Chevaline, near Annecy on September 5, 2012. They were killed in a forest carpark as they tried to escape in their BMW car.

The Al-Hillis' daughter, Zeena, four, hid in the footwell of the vehicle and was found unscathed hiding under slain mother's legs eight hours after the attack. Her sister, Zainab, seven, was shot and pistol-whipped but recovered.

Despite a massive manhunt, the investigation has all but petered out.

However, on Wednesday the Annecy prosecutor announced that gendarmes in Chambéry have detained a man to "check his timetable" on September 5, 2012, the day of the murders.

A search of his home was conducted on Wednesday morning in the Lyon area, according to BFMTV.

According to France Info, the detained man, who has not been named, is a motorcyclist with a goatee spotted leaving the area at the time of the killing and identified thanks to an unusual black helmet, only a few thousand of which had been made.

Questioned in 2015, the biker - a businessman from Lyon - said he had been on his way home after a paragliding trip, and was ruled out of the enquiry. It was described at the time as a major setback for police who had focused much of their attention on the motorcyclist.

The motorcyclist was said to have been riding on the Combe d’Ire road around 3pm before he was stopped by two forest rangers who asked him to leave. He agreed, riding back down the path

past the car park where the al-Hilli family and a cyclist were gunned down.

At the time, he was ruled out as a suspect, with an investigator telling France Info: “His personal and professional profile exclude him 95 per cent from the list of suspects but further inquiries are still required."

The motorcyclist said he did not “make the connection” between his presence near the scene of the killing and the identikit picture of him that was circulated in November 2013.

However, investigators have apparently now detected discrepancies in his testimony.

Jean-Christophe Basson-Larbi, lawyer for the man, who is suspected of murder and attempted murder, said: "This is a judicial error. My client is going through hell."

The man was detained on request of investigating judges handling the case, which has gripped Britain and France and sparked a number of theories over the motives for the deadly shootings.

First on the scene was an RAF veteran who found Mr Mollier lying dead beside the family's bullet-ridden BMW, which still has its engine running and was in reverse.

He spotted injured Zainab walking towards him before collapsing. He put her in the recovery position and called for help.

The cyclist saw the dead bodies of Saad al-Hilli, his wife Iqbal and his mother in law Suhaila, inside the car, which was locked.

Each of them had been shot twice in the head.

According to BFMTV, the detained individual, who is a married man, has already been questioned over the case, suggesting there may have been inconsistencies in his initial testimony.

In September, police conducted a reconstruction of the crime scene at the forest car park in Chevaline, a village outside Annecy, in the presence of numerous witnesses.

Annecy prosecutor Line Bonnet said: "A person was detained for questioning on 12 January, 2022 at 8.05am by the Chambéry (gendarmes) search unit in connection with the murder of the al-Hilli family and Sylvain Mollier."

In France, people can be detained for up to 48 hours initially but the detention can be prolonged in serious cases, such as terrorism.

The prosecutor said that another statement would be issued "at the end" of the detention and that the case was "subject to the secrecy of an ongoing investigation".

Ms Bonnet added a note of caution: "We are extremely cautious about (providing) any means of identification" of the individual being questioned, she said.

"There have been a lot of arrests in this case, so we mustn’t get carried away."

"I won’t be saying anymore until the suspect has been heard. We have already had a suicide after a police custody in this case, so must remain cautious and measured about its outcome.

"I don’t want to give anything away that identifies this person, or where he comes from."

In June 2014, Patrice Menegaldo, a former soldier in the French Foreign Legion, took his own life in Ugine, close to Annecy, after being questioned about the case.

He left a suicide note referring to the Alps Murders, following his interrogation by the Chambery detectives.

Police later said that Mr Menegaldo had only ever been treated as a potential witness to the crime, and not a murder suspect, and had been questioned for a couple of hours.

Beyond the biker, several other individuals have been detained for questioning but none charged.

Former local policeman Eric Devouassoux, a trained marksman who collected Second World War weapons at his home, was arrested in February 2014 in connection with the killings. He was later cleared but told French media the adverse exposure had "ruined my life".

Mr al-Hilli's brother, Zaid, was also arrested on suspicion of murder in 2013 but was later told he would face no further action after police found there was insufficient evidence to charge him with a crime.

The brothers, born to middle-class parents in Baghdad before the family moved to Britain in 1971, had been close. But they fell out over the family house inherited from their mother, who died in 2003. Mr al-Hilli had even recently changed the locks.

On Wednesday, Zaid-al-Hilli, 62, said he was hopeful the arrest would finally bring justice, but added that his hopes had been dashed in the past.

He also condemned the French authorities for “wasting time and resources” by previously treating him as a suspect.

Mr al-Hilli said he still believed that cyclist Sylvain Mollier was the principal target in the murders and that his brother Said, sister-in-law Ikbal and her mother Suhaila al-Allaf were caught in the crossfire.

He told The Telegraph: “I'm hoping it will produce a result but I'm very sceptical. We have been here before, when there was an arrest. We raise our hopes and then everything is dashed, so we'll wait and see.”

Speaking from his home in Bournemouth, Mr al-Hilli added: "I think it (the murders) all relates to Sylvain Mollier. I don't think it's just something that happened, but they tried to blame us here, which was all very hypothetical and pie in the sky.

"They [the French authorities] wasted everybody's time and a lot of resources were wasted."

The 62-year-old said he learnt of the arrest through his French lawyer on Wednesday morning and knew nothing more than what had since been reported.

"I don't have any further information from what I'm hearing on TV or the news,” he said.

Flummoxed investigators have considered numerous potential reasons for the attacks, none of which has stuck.

Among these were that the two brothers were involved in a bitter inheritance dispute over property in the UK and Iraq left by their father when he died in 2011. At one stage it was claimed the father had financial links to the late dictator Saddam Hussein.

Saad al-Hilli's career as an engineer working with an international British firm specialising in satellites could have provided a motive for the murders.

Detectives have also considered the theory that Mr Mollier, who worked in the nuclear industry, was the primary target. He had recently left his wife for an heiress with whom he had just had a baby. His personal life could also have provided a motive.

However, he had access to no secrets and his wife had not come into wealth at the time.

Police also considered but dropped the idea that convicted killer Nordahl Lelandais was involved in the deaths.

Mr Lelandis has been convicted for the murder of a 23-year-old soldier and confessed to the killing of an eight-year-old school girl.

They have no ruled out the idea this was a random attack from a lone wolf.

One thing baffled investigators do agree on is that this was the work of a professional given the precision of the executions with two bullets to the head.