Freeze the Fear fans were left in tears after an action-packed finale which saw celebrities take a jump off a whopping 500 foot bridge. Extreme athlete Wim Hof has been putting the celebrities through their paces and teaching them the benefits of controlled breathing in a series which has seen the likes of Gabby Logan, Owain Wyn Evans, and Patrice Evra pushed to their very limits.

But Tuesday's emotional finale saw the celebrities take on arguably the most daunting challenge yet by jumping off a 500 foot bridge. The relief and triumph was clear on the faces of Tamzin Outhwaite and Dianne Buswell after completing the challenge - and it even left some fans in tears. You can get more celebrity news and other story updates by subscribing to our newsletters here.

Screaming "I f*cking did it" after her jump, Dianne's reaction particularly won over fans of the show who were delighted.

It wasn't just the celebs getting the plaudits either - after a gruelling six weeks of ice cold (literally) challenges, there was plenty of love online for host Wim Hof, who has put the celebrities through their paces.

Six weeks of cold showers, intense breathing techniques and braving icy cold challenges had all been building up to the Freeze the Fear finale. As the episode began, presenter Holly Willoughby described how, “it’s all been leading to this,” in epic fashion.

And 'epic' was certainly the word to describe this finale. As morning rose, the group took one last cold shower and Welsh weather presenter Owain Wyn Evans said: “I’ve not been a huge fan of the feeling of the cold shower but I do think that it has helped me,” before splashing cold water on Strictly Come Dancing’s Dianne Buswell.

But would the group decide to jump or not? As they made their way to the bridge, EastEnders star Tamzin Outhwaite claimed: “I’m at peace with my decision, I’m not jumping. I’ve got nothing I need to let go of and if I did, I’ll get therapy,” but what would the others do?

Faced with the sight of the colossus bridge, Owain looked astonished as he prepared to take on a jump, that from 500 feet would swing him under the body of the bridge. Dianne was first up to take on the challenge and from the ground below, Owain claimed: “she’s terrified of that.” Meanwhile, as ever, Iceman Wim Hof was up on the bridge telling the Strictly star that there was “one step between her and the future.”

Despite this, Wim encouraged her to “let go of the past” and she faced her fear. As she fell, she screamed: “I did it! I f***ing did it!” and the other celebrities looked on with pride. Dianne then returned to the ground and told the others that, “Wim made her feel at peace with herself” and that she had “never felt happier.”

Tamzin, having seen Dianne jump, then changed her mind and attempted the huge jump. She greeted Wim at the top and told him that she “can’t believe she’s even considering it.” And with that - she dropped, having also faced her fears. “I’m so pleased that I did it, it made me really emotional,” said Tamzin as she returned to the others and even went to the extent of calling it one of the best things she’d ever done.

Steven was next - he emotionally decided not to jump, feeling that it was out of “his comfort zone.” The other celebrities praised him for his decision, saying that he showed great strength to not do it. Then it was Chelsee’s turn, who faced her fear and jumped from the bridge. She was commended for her strength.

And then, the one we’d all been waiting for - Owain. Welsh presenter Owain has come a long way since he started the series, so naturally, the group were wondering whether he’d face the jump. An emotional Owain utilised his breathing techniques and simply said, “let’s go” as he jumped from the bridge. His trademark quiff blew in the wind and Owain bravely returned to the other celebs.

Patrice was next, who without hesitation, jumped from the bridge. Gabby then gave it a go and also chose to plummet from the bridge. Finally, it was Alfie’s go and up until he got on the bridge, he was uncertain as to whether he'd jump. The singer had previously talked about his battles with depression and how Wim’s training had had a huge impact on him. There was a lot riding on the jump as Alfie felt that it would be a new start for him. “Breathe out the past, breathe in the future,” Wim said as Alfie prepared to face the fall. He described how he was “scared” and looked down at the drop.

“Human emotions is the best there is,” described Wim and it's safe to say that the celebrities would certainly agree. The last six weeks have tested them, both emotionally and physically and all have reaped the benefits of cold water immersion. 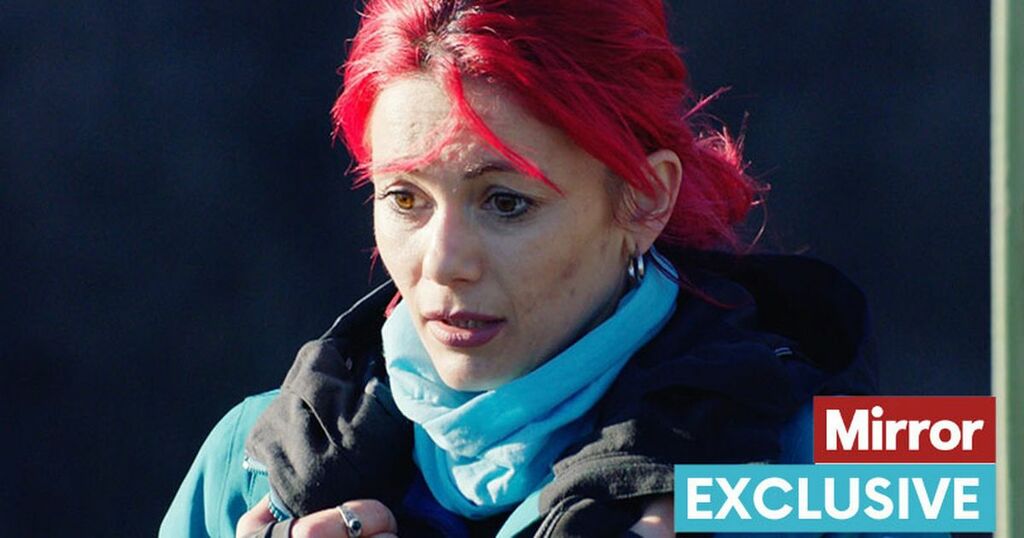 The series, with Dutch extreme athlete Wim, came to an end on Tuesday but there were tears from Holly