Freedom Day has arrived, but is it too soon? 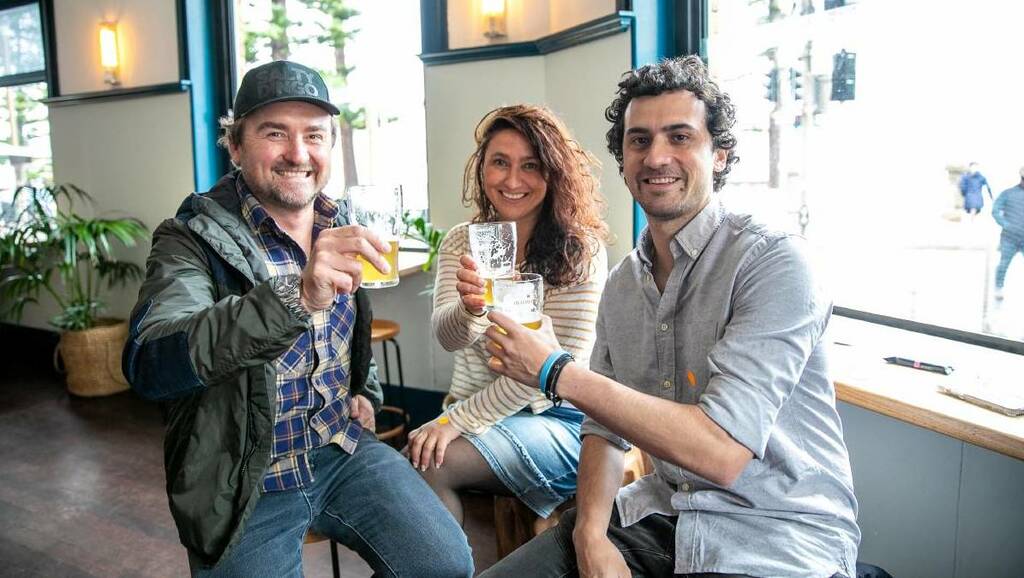 It's finally here! The day NSW has waited more than three months for.

For more than 70 per cent of the state's population, this means that the pub, the hairdresser and social gatherings are back on the cards.

The rest of the population will have to wait until they are fully-vaxxed, or until December 1, to experience these 'freedoms'.

Those who have had two doses of the jab are making the most of it.

It seemed like the majority of fully-vaxxed men took a trip to the barber today after enduring three months of overgrown hair or the dreaded 'lockdown haircut'.

Blokes were even lining up at barbers from as early as 6am in some places.

Down in Bulli on NSW's south coast, pubgoers were able to down some schooners with a side of bacon and eggs this morning.

And Kmart fans across greater Sydney were lining up for a chance to snag some bargains from the wee hours of the morning.

Rain and colder weather might have dampened some 'Freedom Day' plans - but if today is anything to go by, this weekend is sure to be a big one for pubs, clubs and shopping centres across NSW.

The state recorded just 496 new cases today. However, the impact of the reopening is yet to be seen, with COVID cases already predicted to rise this month.

There is no doubt that leaders across the country will be keeping their eyes on NSW over the next few weeks.

On the flip side, Victoria recorded another 1612 new cases today, the second consecutive day of dropping numbers for the state.

This comes as the state announces that all vaccines will now be available to people over the age of 60, not just AstraZeneca.

Victorian racing fans have been given another incentive to make sure they are double-vaxxed.

Premier Dan Andrews announced that 10,000 people who have received both jabs would be able to attend the Melbourne Cup on November 2.

A new report has found that vaccinations around in and outside of Tasmania will be the best indicator of how the state could fare economically as borders reopen later this year.

"But from here on out, Tassie is dependent on many external factors well out of the state's control," it said.

"Most important on that from is how quickly the rest of the country can get vaccinated."

Further to the north, it looks like the Northern Territory will miss its 80 per cent vaccine target in its "50-day race to freedom".

At least the NT has acknowledged that the push to get jabbed is indeed a race - unlike our PM.

Let's hope that the vaccine does its job and that people do the right thing so that we can all embrace the new normal.

And fingers crossed that the NSW reopening hasn't come too soon.