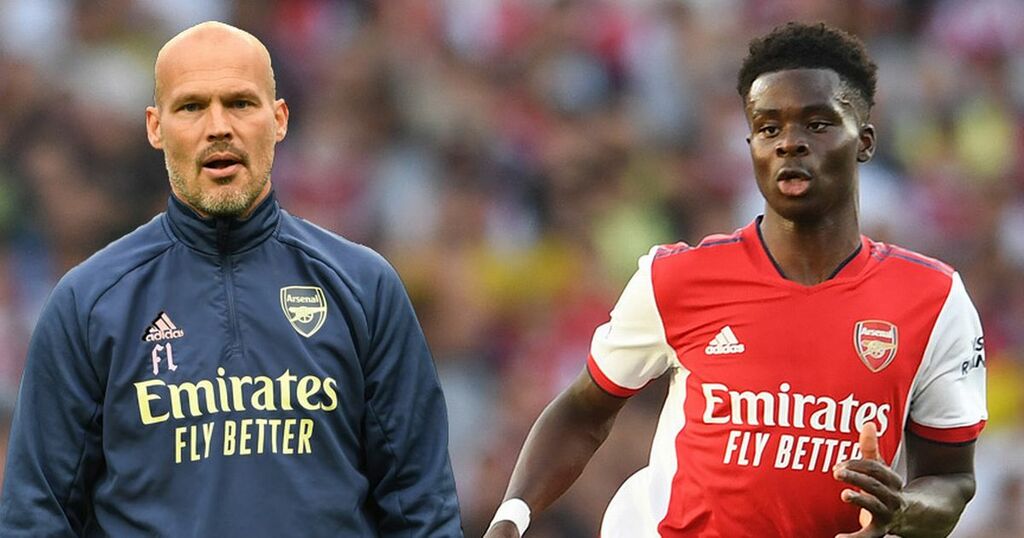 Freddie Ljungberg has been Bukayo Saka's No 1 fan since he spotted his potential at Arsenal.

The former Gunners was a coach at the Emirates for three years, eventually taking the top job on an interim basis following the sacking of Unai Emery in 2019.

Prior to that though he dealt with Arsenal's youth ranks and quickly saw the talent in a young Saka - but not everybody did.

The 20-year-old made his debut in 2018 having been at the club since he was seven.

Per Mertesacker is another former player working in north London. He currently heads the club's academy and saw Ljungberg push for Saka to be given opportunities in the higher age grades.

"I remember Freddie Ljungberg making a real effort to get Bukayo up the age groups but I don’t judge players at 16 because I have seen so many really talented players of that age who three years later have no chance," he said.

"That’s when you see the difference between those players who grab the opportunity with everything they have and those who are given multiple chances and don’t take them."

Saka has now made himself a regular in the Arsenal first team under Mikel Arteta.

Consistent performances caught the eye of Gareth Southgate and the versatile winger was part of England's Euro 2020 squad.

Mertesacker insists seeing the academy graduate wear the Three Lions fills him and the club with immense pride.

Ljungberg's role cannot be understated after playing a key part in Saka's rise.

The Swede has taken issue with his standing however, insisting that a player of his age shouldn't have to shoulder such responsibility at a massive club.

Arsenal are very much in a transitional phase having fallen out of the Champions League picture.

A young side has been assembled but results and performances have been mixed. Saka - and fellow youngster Emile Smith Rowe - have been rare shining lights.

But Ljungberg said recently it is "sad" that the Arsenal star has been handed so much so soon.

"It's almost sad for Arsenal that Bukayo is now the main man and the one you look for to create that special moment," he said.

"His decision-making and execution are top. But being that young and almost having to carry the team is not right either.

"He has a great mentality and he is a great kid. But that is a lot of pressure to take on when you're that young."

Where will Arsenal finish in the Premier League this season? Comment down below

When asked about coaching Saka, Ljungberg added: "He's been at Arsenal his whole life and loves the club. He knows what it means.

"He works so hard. He was 15 when I started coaching him and it was a pleasure.

"He came and asked questions all the time and was not scared to ask to practice things a bit extra. He was very clever and I'm so happy for him."

Saka scored seven times in 46 outings last term as Arsenal finished mid-table and has found the net twice in nine games this term.