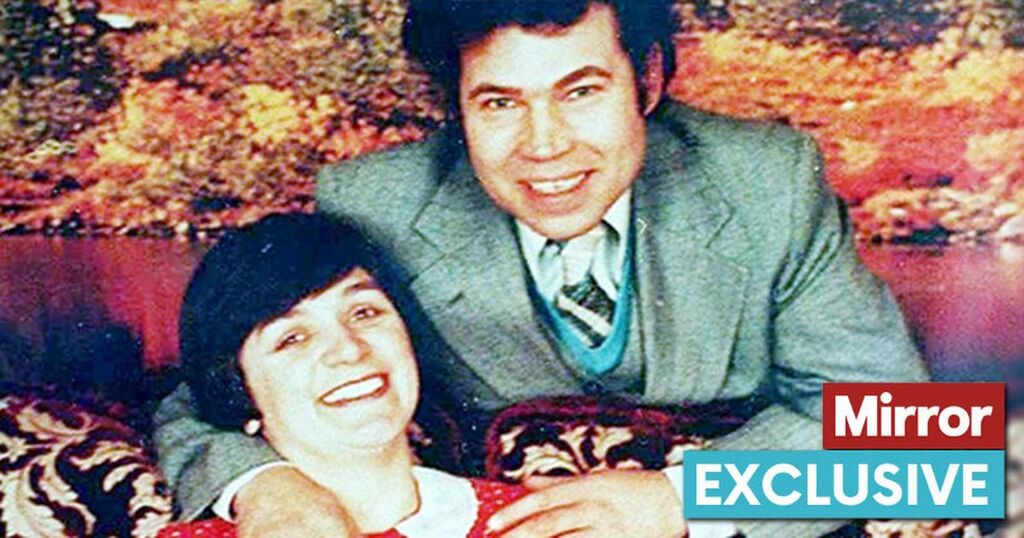 Police are being urged to excavate land where it is believed as many as 20 more victims of serial killers Fred and Rose West lay buried.

The original investigation into the sick couple confirmed they had, between them, brutally murdered at least 12 women and girls.

But a new seven-month probe has uncovered evidence to suggest many more died at their hands.

The first two sites are in Fingerpost Field near Much Marcle, Herefordshire, where West buried his first known victim, 18-year-old Anne McFall.

It is close to Letterbox Field where he disposed of the body of his first wife, Catherine ‘Rena’ Costello.

Their remains were found when police were given precise locations in 1994.

Using Ground Penetrating Radar machines, the new investigation has found a number of places of interest at the scene.

And when cadaver dogs were brought in, they scratched at two areas in Fingerpost Field – their trained response to the smell of decomposed flesh.

Mr Sutton said: “The handler is of the view that we should excavate the sites as soon as possible and I am absolutely on board with that.

“It is a really significant find and a significant piece of work from the cadaver dogs. The indications I saw the dog make were so very strong.”

The potential for finding more victims of the West family does not end there.

A third location – a derelict farm site – could have even greater significance.

In a chilling witness statement, which has never been made public, the woman who acted as Fred West’s “appropriate adult” when he was questioned by police following his arrest, claimed he told her of many more victims.

She said: “Fred told me there were another 20 bodies to be found after the 12, some in fields, the rest in the barn.

“Fred told me approximately 12 people were buried at the farm – all young females picked up from care homes in Herefordshire and neighbouring areas.

“Fred said some of the victims’ bones were missing because it was a ritual thing and they did something with the fingers so there was no way of finding out who they were.”

A second source, West’s former employers Wendy and Derek Thomson, claim that while in prison, he said he had “done something in Berkeley”.

The ITV investigators believe they have located ‘the farm’ on the outskirts of the small town of Berkeley, Glos, based on what Leach and the Thomsons said. It has long been rumoured as a possible location for West murders.

The trustees of the derelict farmland will not allow the investigation team to search the area, meaning police would have to go there in order to get legal access to the site.

Sir Trevor McDonald, who will present the results of the investigation on ITV this week, urged police to take a look.

He said: “There is still much more to the murderous campaign of Fred and Rose West. I think the option of not investigating these fields seems very strange. Surely, if there is any suspicion of evidence that there might be more bodies, it follows, as night follows day, that there must be an attempt to discover what happened to these missing people.”

Dr Donna Youngs, the team’s investigative psychologist, focused on periods of time where there were no known West murders.

“Everything we know about these two as offenders suggests they will have had the drive to carry on offending,”

And lawyer Howard Ogden said: “As Fred’s solicitor, dealing with Fred led me to believe that others had been killed.

“Sadly this is something of a tip of an iceberg and inevitably there are others who are yet to be found.”

Leach also said in her statement that West had told her there were two more victims in Fingerpost Field.

And she said he admitted picking up 15-year-old Mary Bastholm, who went missing in 1968. West claimed she had been killed by Rose and his own brother, John West.

A search for Mary carried out this year in a Gloucester cafe uncovered no evidence that her body had been disposed of there. West, with help from Rose, preyed on vulnerable girls and women to live out his sadistic sexual fantasies.

The builder tortured, raped and murdered an unknown number of women between 1967 and 1987.

After their arrest in 1994, Fred and Rose were jointly charged with ten murders and Fred was charged with a further two.

He hanged himself on January 1, 1995, before he was due to stand trial. Rose was jailed for life in the November.

Police were handed the investigation’s findings four months ago

They are still considering whether to dig up Fingerpost Field.

Det Chief Insp John Turner, from Gloucestershire Police, said of the findings at Fingerpost Field: “It’s possibly new, but may not be significant.

“What we have to do is assess the information we had last time around, the information we’ve been given around the fields and other location, then assess what we need to do around corroborating whether that’s significant in order to justify us continuing.”

■Fred And Rose West: Reopened airs in two parts on ITV this Wednesday and Thursday at 9pm. It will also be available on ITV Hub.