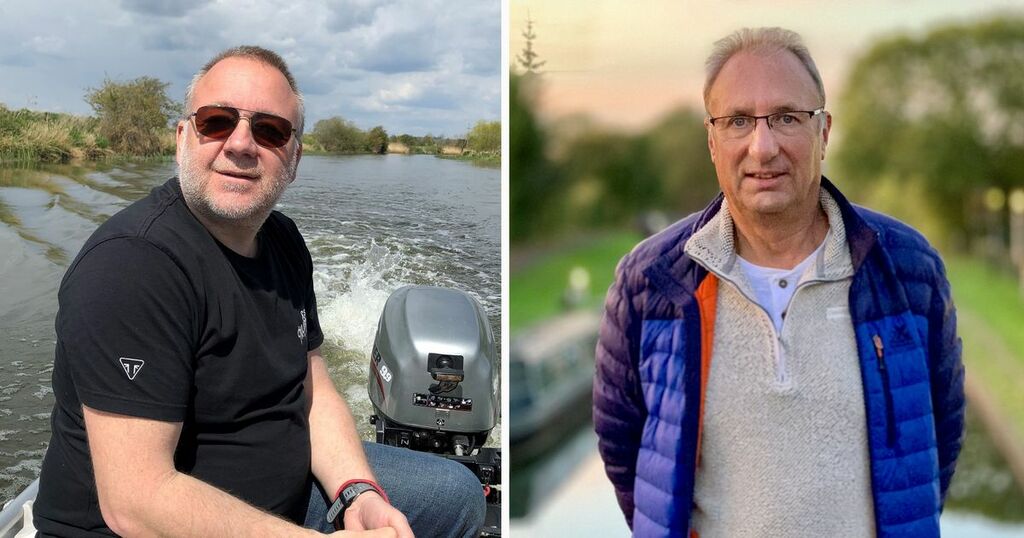 Friends Lee Rogers and Brian Statham took off from an airfield near Stratford-upon-Avon bound for Le Touquet in France, but…

Simon Moores, 62, is the brother of Paul Hollywood's ex wife Alex, and tragically passed away in a light aircraft…

The Guardian - AU
From analysis to good news, read the world’s best news in one place
Zero evidence to back Clive Palmer’s claim of staff taking ballots home, AEC says

Two pilots are presumed dead after their plane crashed into the English Channel in tornado waterspouts.

Lee Rogers and Brian Statham had taken off from an airfield near Stratford-upon-Avon.

They were heading to Le Touquet, a seaside town in northern France, when their Piper Cherokee Arrow II lost radar contact before crashing into the sea on April 2.

Police said at the time the pair had lost control in "freak weather conditions" while on the fly-out with six other aircrafts from their flying club.

An Air Accidents Investigation Branch (AAIB) probe has now revealed they got into difficulty after taking off from Wellesbourne Mountford Airfield and flying into "highly convective cloud" which created waterspouts.

Investigators said neither men were qualified to fly in cloud and they may have encountered heavy turbulence as well as rain and snow showers.

A joint response was launched by the French Coastguard and HM Coastguard but the aircraft and their bodies have never been found.

The AAIB report said: "Neither of the pilots onboard was qualified to fly in cloud. Shortly after this transmission the aircraft disappeared from radar.

"The available evidence, at the time of issue of this report, suggests that control of the aircraft was lost when it entered cloud.

"It is likely the aircraft was substantially damaged on impact with the sea.

"It is very dangerous to enter cloud when not suitably qualified or when not in current
practice in instrument flying.

"It is therefore unlikely that the occupants had any opportunity to escape from the aircraft."

The two friends, who met at South Warwickshire Flying school about a decade ago,
went missing around 20 nautical miles west of Le Touquet.

Mr Rogers posted video of them flying over the channel before their plane disappeared and they reported to London information they were in cloud.

When the last radio transmission was made, the aircraft was descending 7,000 ft at approximately 3,000 feet per minute (approx 30mph).

Crispin Orr, AAIB chief inspector, said it was a "tragic accident" and reminded pilots of the importance of "pre-flight weather decision making".

He said the AAIB had investigated "numerous accidents when control of an aircraft was lost in these circumstances".

He added: "The accident highlights how hazardous it is to fly into cloud when not suitably qualified or when not in current practice in instrument flying."

The AAIB said its investigation would continue to examine operational, technical, and human factors which might have contributed to the accident

Mr Statham, from Solihull, West Mids., was described by his family at the time of the crash as "always living life to the full".

They said: "As competent pilots, with over 20 years of flying experience combined, it was horrific news to hear that their plane was reported missing over the English Channel.

"The families would like to thank the French and English coastguards for their time, hard work and dedication out at sea working tirelessly to try and find any evidence, wreckage or clues as to what may have happened."

The family of Mr Rodgers, from Stratford-upon-Avon,, added: "Anybody who knew Lee will testify to a larger-than-life character who lived life to the full, a man with a big heart and limitless generosity.

"A skilled and enthusiastic pilot, a lover of all manner of fast and loud machines, which also included a newfound love of yachting.

"He will leave behind a large wake and will be missed greatly - not only by his family but his legion of friends and colleagues.

"Life isn’t fair, but few leave a legacy like Lee, even if they had a hundred lifetimes."

English ChannelAAIBPoliceWarwickshire Police
Sign up to read this article

Friends Lee Rogers and Brian Statham took off from an airfield near Stratford-upon-Avon bound for Le Touquet in France, but…

Simon Moores, 62, is the brother of Paul Hollywood's ex wife Alex, and tragically passed away in a light aircraft…