Dad's Army actor Frank Williams has died at the age of 90.

The star was best known for playing Timothy Farthing in the BBC series Dad's Army.

A statement shared on Facebook said: "So sorry to say that our beloved friend, colleague and actor, Frank Williams, passed away this morning.

"He was almost 91, and we are grateful for all the years of joy, laughter and happiness he brought to so many. Thank you Frank!"

The actor was born in 1931 and was educated at Ardingly College, West Sussex, and Hendon School.

On leaving school he moved to London and became assistant stage manager at the Gateway Theatre in Westbourne Grove.

He started his acting career in repertory theatre and worked with the Watford Palace Theatre, which was run by Jimmy Perry - the creator of Dad's Army.

Thereafter he accepted numerous small roles in films. He appeared as an archer in Ivanhoe (1952) starring Elizabeth Taylor and filmed at Elstree and appears as “An angry man” in The Story of Gilbert and Sullivan (1953).

Frank first showed up in Dad's Army in the episode 'The Armoured Might of Lance Corporal Jones', which was the first episode of season three.

The actor first thought he was making a one-off appearance on the show.

Luckily, he went on to appear in almost fifty percent of the series and even showed up in the two feature films.

And now, the only surviving cast member is Ian 'Private Pike' Lavender', 76.

The veteran actor had discussed filming the end of the sitcom, which ended in 1977, and how no statement was officially made.

He said: "Although no official statement was made, when I arrived in the rehearsal room there was a feeling that season nine would be our last."

Frank also looked back on his time on Dad's Army and explained: "It was the happiest period of my professional life. Initially, I thought it was for just one episode but the character became a regular.

"I ended up appearing in 39 of the 80 TV episodes, the original film, stage show and 14 radio episodes."

Before he turned 90, Frank had said about reaching his age it was "hard to believe" he was reaching the milestone.

He was partially sighted towards the end of his life, and even walked with a stick. However, it didn't stop him from watching Dad's Army reruns.

"I’ve got macular degeneration," he said. "It’s irritating but I cope. I can still recognise people if they stand close to me.

"Sadly, I can’t read any more so I ­listen to audiobooks. When it comes to watching TV, I have to sit close to the set – but I still enjoy seeing the episodes ­whenever they’re shown."

Speaking of the show's appeal, he also said: "All the characters are funny and appeal to people of all ages, including children.

"Once, a friend told me that his three-year-old granddaughter liked Dad’s Army more than Postman Pat."

People immediately paid tribute to the star, with Morris Bright, Chairman of Elstree Studios and a Bafta member, writing: "'Someone's written something very rude on the back of my spare harmonium Captain Mainwaring ... what's more it's in wax crayon and won't come off!'

"RIP Dad's Army's Reverend Timothy Farthing aka actor Frank Williams who has died aged 90. Thanks for all the joy and laughter."

"I’ll never forget the happy days spent working together on stage and screen in DadsArmy or the wonderful times shared with him and Ronnie at reunions and events. Treasured memories."

The Gold TV channel which still shows episodes of Dad's Army, said: "We are saddened to learn that Frank Williams, who played Reverend Timothy Farthing so wonderfully in Dad’s Army, has passed away at the age of 90. Our thoughts are with his family and friends."

He also appeared in The Extra Day, A Stitch In Time, Just for Fun, Hide and Seek, What's Up Nurse! and more. 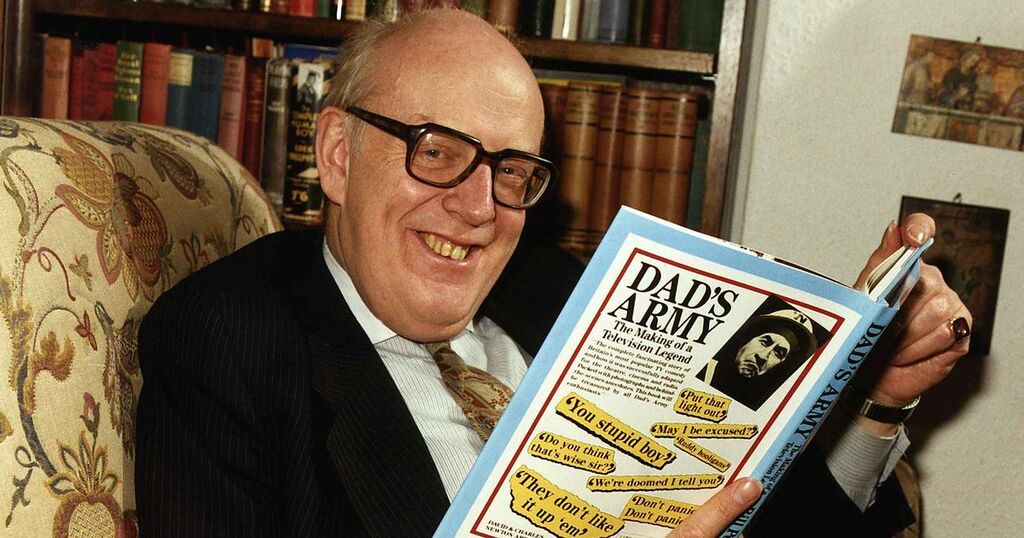 Frank Williams dead: Tributes to Dad's Army actor who has died aged 90
He also featured in You Rang, M’Lord?, Hi-De-Hi! and What’s Up Nurse!

Wales Online
From analysis to the latest developments in health, read the most diverse news in one place.
Dad's Army star Frank Williams dies at age 90

Frank Williams was most known for his Reverend Timothy Farthing character

Tributes have been paid to Dad’s Army star Frank Williams following his death at the age of 90.

The Independent UK
One place to find news on any topic, from hundreds of sites.
Frank Williams obituary