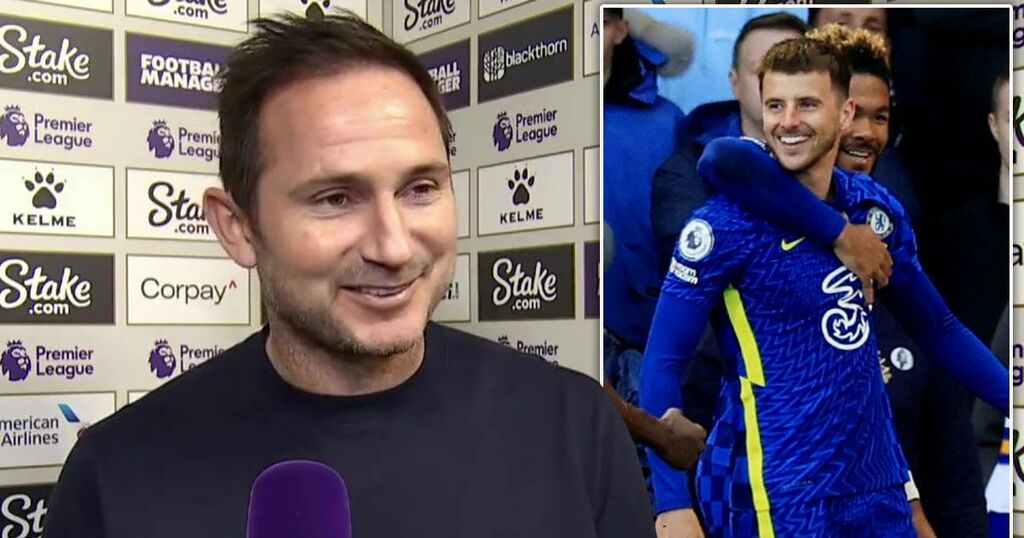 Mount, alongside goals from Christian Pulisic and Romelu Lukaku helped Chelsea to a 3-0 win over the Whites, as Leeds…

Leeds Live
One subscription that gives you access to news from hundreds of sites
Premier League round-up: Chelsea push Leeds towards drop as Everton edge away from relegation zone

Motorsport
Red Bull: Transfer of IP in Aston Martin F1 design would be "a serious concern"

Autosport
From analysis to good news, read the world’s best news in one place
SI:AM | Nick Saban vs. Jimbo Fisher Is a ‘Full-Fledged War’

Frank Lampard admitted he planned to send Mason Mount a message of thanks for his contribution to Everton's survival bid yesterday evening.

Although the Toffees departed Vicarage Road with just a point to their name last night, Chelsea ran out 3-0 winners over Leeds United at Elland Road to pile further pressure on Jesse Marsch's men. The gap between Everton and Leeds stands at two points, though the Toffees have played one game fewer.

Mount opened the scoring for Thomas Tuchel's side on Wednesday night and Lampard, who worked with the English midfielder during his spell in charge at Derby County and later at Chelsea, told beIN SPORTS : "Yeah, [his goal] was useful. It was. I’ll send him a message later of thanks!

HAVE YOUR SAY: Rate the Everton players after Watford draw

"These things are out of your hands but Mason is a fantastic player. I’m pleased he’s getting those numbers, he is a player of such a high level. Those numbers reflect it.

"Brilliant for him, Chelsea did us a favour getting that result but as I say, we have to make sure we do our thing to get this over the line and that is now in front of us."

Leeds are now the prime candidates to occupy the remaining relegation slot after suffering back-to-back defeats at the hands of Arsenal and Chelsea.

Ill-discipline has been a theme of the Whites' season, having received red cards in both matches and boasting the unwanted record of being shown the most yellow cards in a single Premier League campaign (97 and counting).

Injury issues have also blighted their second season back in the top-flight, with Jack Harrison and Raphinha both forced off the field of play. Commenting on the fitness of the duo, Marsch told Leeds Live : "We will have to scan them in the morning.

"Raphinha was more precautionary, he was cramping and I wanted to make sure we didn’t push him too much. We’ll see how Jack [Harrison] is."

Mount, alongside goals from Christian Pulisic and Romelu Lukaku helped Chelsea to a 3-0 win over the Whites, as Leeds…

Leeds Live
One subscription that gives you access to news from hundreds of sites
Premier League round-up: Chelsea push Leeds towards drop as Everton edge away from relegation zone