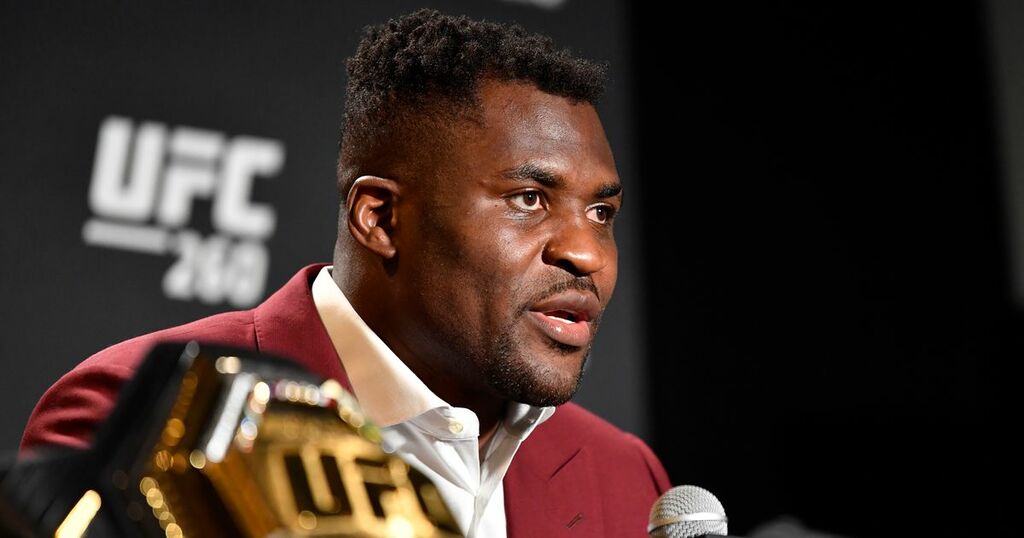 Francis Ngannou is confident he can face-off against Tyson Fury and believes the fiercely-anticipated bout could take place next year.

The UFC champion has been outspoken in his desire to take to the ring to face Fury, who himself has talked up the possibility of a bout.

Ngannou has even been floated as an opponent for Fury this year, as negotiations with Dillian Whyte for a mandated fight rumble on.

However, that's unlikely to take place due to both fighters' current commitments and the fact that Ngannou is currently prevented from fighting outside of UFC due to his contract - which is due to expire.

Instead, a fight date in 2023 is on the cards, Ngannou has stated, while outlining his confidence that he's capable of putting in a good showing against the undefeated boxing great.

"I don't know exactly when Tyson and I will fight, but I think maybe some time in 2023. I am still under contract with UFC so I don't know right now the state of my situation or how it will play out," Ngannou, an ambassador for leading cryptocurrency betting and gaming operator Stake, said.

"But I will say it will probably happen at some point. It is definitely something I want to do, but we don't have control over it right now.

"I know it will be very tough when we fight. Not only am I coming from a distant sport, but I am testing myself against one of the best, if not the best, boxer ever.

"But I'm not thinking of fighting someone like Ciryl Gane the same way as I would fight Tyson Fury. Obviously I am confident, but it will be something totally different and new for me.

"Fury has obviously proven he can last a very long time in a fight - but I am sure I will throw some bombs at him that he will not have experienced before."