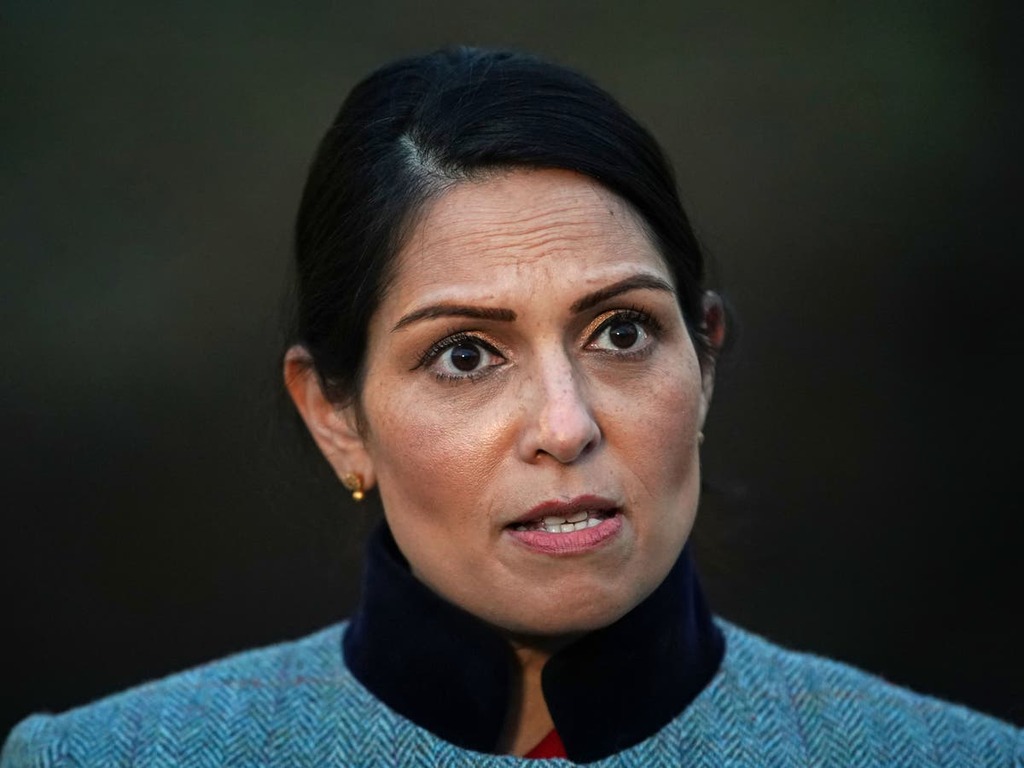 France has warned the UK government against “blackmail” over migrant crossings and insisted attempts to turn back boats in the English Channel would be illegal under international maritime law.

Home secretary Priti Patel’s plan for “pushbacks” in the Channel has sparked an outcry from opposition parties and campaigners who said the tactics would put lives at risk.

Border Force officials have been training for several months in how some boats could be turned back to French waters, according to several reports.

French interior minister Gerald Darmanin said on Thursday he told Ms Patel during a meeting in London that the UK must stick to its legal commitments when dealing with migrant crossings.

It follows a meeting between Ms Patel and Mr Darmanin on Wednesday, during which the home secretary told her counterpart that the British public “expect to see results” from £54m given to France to support efforts to prevent crossings.

Plans for “pushback” operations are said to be restricted to bigger migrant boats and for use in limited circumstances, with use of the tactic ultimately up to the captain of any British vessel involved.

The home secretary ordered officials to rewrite the UK’s interpretation of maritime laws to allow Border Force to prepare to turn boats around in the Channel, according to reports.

But France remains adamant such tactics would break maritime law. In a letter seen by The Independent, Mr Darmanin told Ms Patel Paris could not agree to any changes “out of strict respect for the international maritime law governing search and rescue at sea”.

On Thursday the French minister tweeted: “I said it clearly in my discussions with Priti Patel. The friendship between our two countries deserves better than stances that damage the co-operation of our departments.”

Pierre-Henri Dumont, the MP for Calais, said the idea of pushing back boats would break the law and was “unworthy” of the UK. “Brexit means leaving the EU, not leaving the international community,” he tweeted.

“I call on the British government to come to its senses and fundamentally change its domestic law and its labour market – which encourage illegal immigration – before it tries to trample on international law.”

Downing Street said the government was looking at a “range of safe and legal options” to deal with migrant Channel crossings.

Pushed on whether there has been a change of policy, Boris Johnson’s official spokesman said: “It’s right that our Border Force has the right range of tactics to address this problem.”

However, the spokesman denied any attempts to rewrite maritime laws – despite lawyers warning the policy will be illegal – insisting: “Operational activities comply with international and domestic law.”

Meanwhile, Labour said the idea of pushing boats back put lives at risk, while aid charities and other organisations branded the plan “cowardly”, “cruel” and “illegal”.

The Tory backbencher added: “Any boats coming up alongside at speed would capsize most of these boats anyway, and then we’re looking at people getting into trouble in the water and inevitably drowning … and then of course we will get blamed.”

Lucy Moreton, professional office at the Immigration Services Union (ISU) representing border staff, said she would be “very surprised” if the pushback tactic ends up being used.

“You also need the consent of the French to do it. Because as you turn the vessel back towards France, when it crosses the median line it has to be intercepted and rescued by the French, and it appears the French will simply not engage in this,” she told the BBC.

Earlier this year, the UK and France announced an agreement to more than double the number of police patrolling French beaches. It was the second pledge of its kind in a year.

Illegal migration is anticipated to be the subject of focus for the final day of the G7 meeting on Thursday.