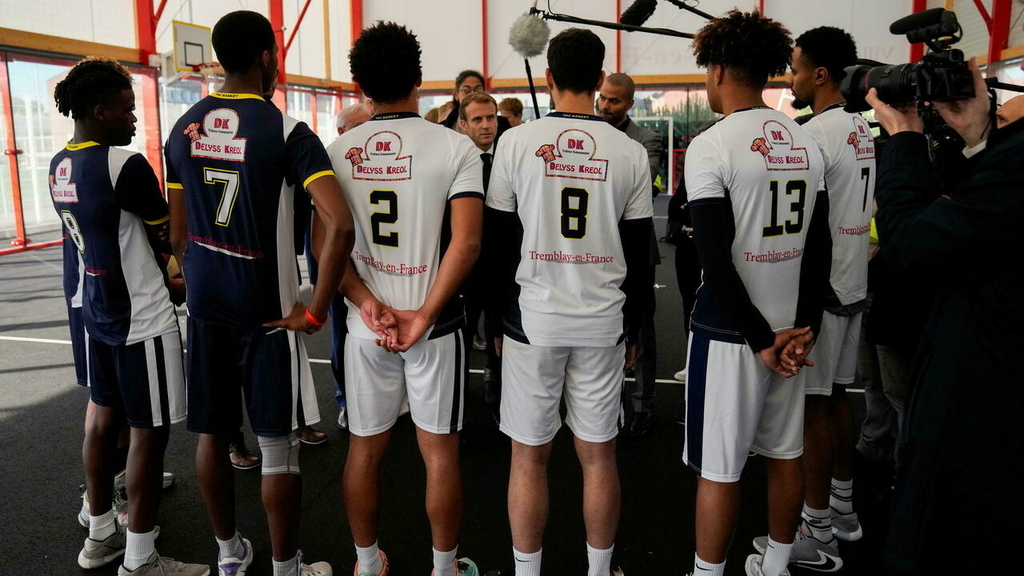 French President Emmanuel Macron has announced a multi-million euro investment plan into building 5,000 new sports facilities by the start of the Olympic Games in Paris in 2024, to encourage sport at all levels.

"The goal is not only to have medals, it’s to put sport at the heart of the nation,” Macron said Thursday on a visit to sites in the Seine-Saint-Denis department where the Olympic village is being built.

Encouraging sport will allow France “to be stronger in the run-up to the Olympic games, but also afterwards”, said Macron, announcing a €200 million investment plan into sports facilities, alongside Sports Minister Roxana Maracineanu and Education Minister Jean-Michel Blanquer, along with Tony Estanguet, the president of the 2024 Games’ organising committee, and former basketball player Tony Parker.

The money will subsidise at least 50 percent of the cost of facilities to encourage sport at all levels, from school, to amateur, to club and professional sports.

Macron on the pitch

After touring the Olympic sites, Macron will play a charity match, facing a team made of health workers from the Poissy Saint-Germain-en-Laye hospital.

Proceeds from the game will be donated to the Paris hospital foundation, presided by the president’s wife, Brigitte Macron.