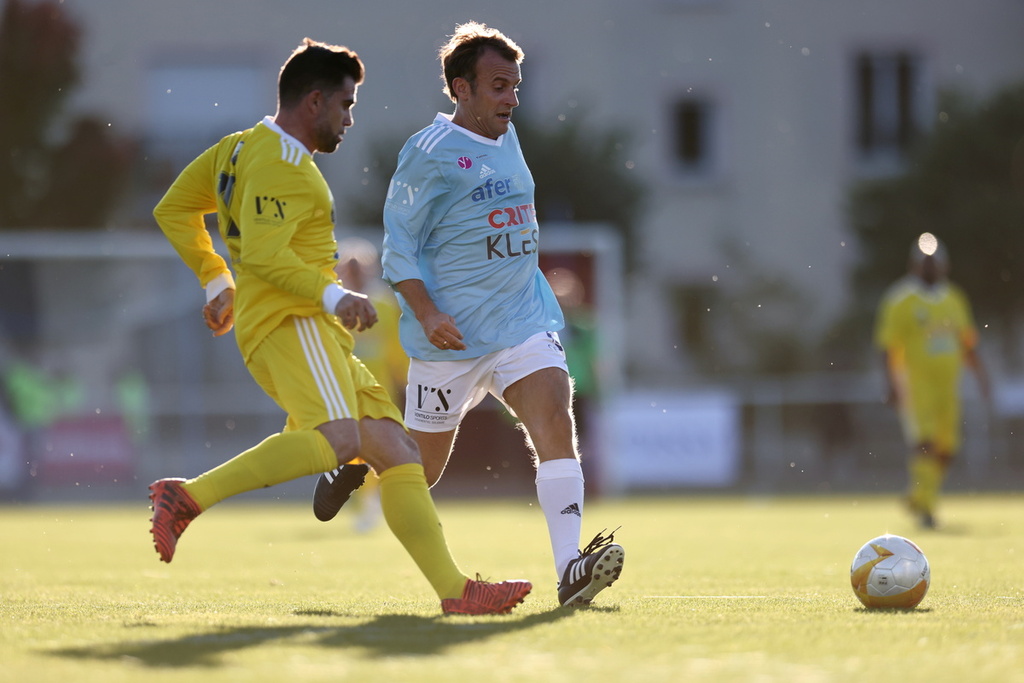 French President Emmanuel Macron scored a penalty goal when he turned out for a team of celebrities in a charity match on Thursday.

Macron, playing in midfield and wearing the number 3 on his back, was handed the ball and invited to take the spot kick after an opposing player brought down one of Macron's team-mates in the penalty box.

Macron, who is 43, fired his shot low and into the centre of the goal, wrong-footing the goalkeeper who had already started diving to his right. The goal-keeper managed to get a leg to the ball, but could not keep it out of the net.

Macron's goal, which came after around 10 minutes of play in the first half, brought the scores level at 1-1.

The game, in the town of Poissy, near Paris, is to raise money for the Paris and France Hospitals Foundation. Macron was up against a team made up of staff from the Poissy/Saint-Germain-en-Laye hospital.