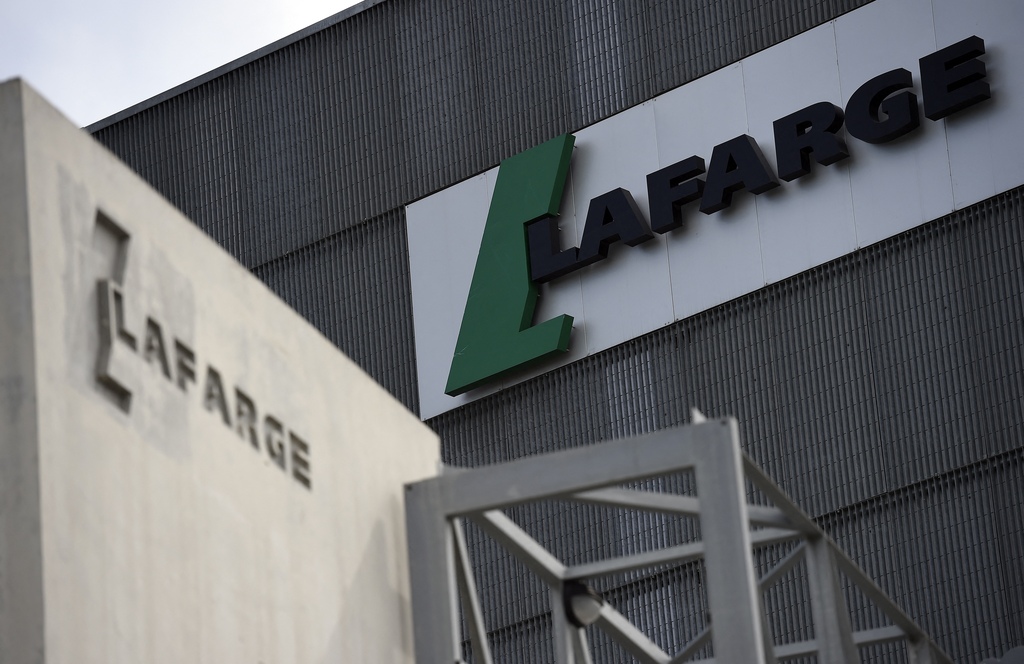 France’s top court has overturned a decision by a lower court to dismiss charges brought against cement giant Lafarge for complicity in crimes against humanity in Syria’s civil war.

The ruling by the Court of Cassation on Tuesday marks a major setback for Lafarge, which is accused of paying nearly 13 million euros ($15.3m) to armed groups including the ISIL (ISIS) group, to keep its cement factory in northern Syria running through the early years of the country’s war.

Lafarge, which merged in 2015 with Swiss group Holcim, is under formal investigation in France for its efforts to keep a factory running in Syria after conflict erupted in 2011.

Rights groups including the Berlin-based European Centre for Constitutional and Human Rights (ECCHR) and France’s Sherpa, which brought claims against Lafarge, alleged the group bought raw materials and oil from armed fighters and made payments for the safe passage of workers through checkpoints.

Lafarge has acknowledged that its Syrian subsidiary paid middlemen to negotiate with armed groups to allow the movement of staff and goods inside the warzone.

But it denies any responsibility for the money winding up in the hands of armed groups and has fought to have the case dropped.

‘Complicit even without the intention’

The Paris Court of Appeal had in 2019 dismissed the crimes against humanity charge, saying it accepted that the payments were not aimed at abetting ISIL’s gruesome agenda of executions and torture.

However, it ruled that the company be prosecuted on three other charges – financing terrorism, violating an EU embargo and endangering the lives of others.

Eleven former Syrian employees of Lafarge Cement Syria (LCS) challenged the decision at the Court of Cassation, with the backing of NGOs.

Quashing the lower court’s finding on complicity, France’s highest court of appeal ruled Tuesday that “one can be complicit in crimes against humanity even if one doesn’t have the intention of being associated with the crimes committed.”

“Knowingly paying several million dollars to an organisation whose sole purpose was exclusively criminal suffices to constitute complicity, regardless of whether the party concerned was acting to pursue a commercial activity,” it added.

The judges added that “numerous acts of complicity” would go unpunished if courts adopted a more lenient interpretation.

The ruling does not mean however that Lafarge will automatically face trial on the most serious accusations laid against a French company for its actions in a foreign country in recent years.

The court instead referred the matter back to investigating magistrates to reconsider the complicity charge.

The court did however uphold the charge of financing terrorism, which Lafarge had fought to have dismissed.

Apart from the company, eight Lafarge executives, including former CEO Bruno Laffont, are also charged with financing a terrorist group and/or endangering the lives of others.

No trial date has been set and the legal investigation is still under way.

Lafarge said it “continues to cooperate fully with the French judicial authorities”. It said it would not comment further on the judicial process but said it had taken steps to ensure there was no repeat of such a matter in future.

The company eventually left Syria in September 2014 after ISIL seized its plant in Jalabiya, about 150km (95 miles) northeast of the regional capital Aleppo.

Although Lafarge had evacuated its foreign staff, Syrian employees like Mostafa Cheikh Nouh had to keep working.

“We asked the company to stop the work, but they didn’t stop,” Nouh told Al Jazeera. “The company bears responsibility for all those who were arrested, killed or kidnapped.”

Franceline Lepany, the president of Sherpa, told Al Jazeera that it is not only states that have responsibilities.

“Companies who move to a country because it is profitable for them can also end up contributing to international crimes, including crimes against humanity or financing terrorism,” she said, speaking from her home in Paris.

The company is not the first multinational to be accused of complicity in crimes against humanity for its activity in a country where people suffered serious rights abuses.

But such cases have rarely been brought to trial.

Twelve Nigerians took Anglo-Dutch energy giant Shell to court in the US, accusing it of abetting extrajudicial killings, torture, rape and crimes against humanity in the Niger Delta in the 1990s.

The US Supreme Court in 2013 dismissed the case, saying US courts did not have jurisdiction in the matter.

Rights groups, including Sherpa, have also challenged companies operating in China and French prosecutors launched an inquiry in July into four fashion retailers suspected of concealing crimes against humanity in China’s Xinjiang region.