There's never a good time to get injured, but with a World Cup right around the corner, it's the one thing every single player is hoping to avoid.

Unfortunately for France pair Jules Kounde and Mike Maignan, the worst happened in Thursday evening's 2-0 UEFA Nations League win over Austria as they both failed to finish the game and have already been withdrawn from the squad which means they will play no part against Denmark on Sunday.

"Jules had a hamstring problem and Mike [Maignan] a calf muscle problem. They won’t be available for Sunday’s game in Denmark," Didier Deschamps confirmed. "The players are under a lot of pressure with the succession of matches. There are also psychological demands. We are losing two more players ... Two more is a lot. In two months’ time, if I can have none, that would be perfect."

In Maignan's case, Deschamps has the option of turning to Alban Lafont, Steve Mandanda or Alphonse Areola against the Danes, whilst he will be hopeful of having the AC Milan keeper as well as national team captain Hugo Lloris available when the World Cup gets underway.

Meanwhile, Kounde's injury opens the door for Arsenal's William Saliba to win his seventh senior cap at the weekend and perhaps a strong showing can help the 21-year-old secure his spot in the Les Bleus World Cup squad which could then lead to him being a starter alongside Manchester United's Raphael Varane.

When the Barcelona defender limped off after 23 minutes against Austria, it was the Gunners ace who got the nod to replace him over Bayern Munich's Dayot Upamecano and this might be an indication of the right-sided central defender pecking order under Deschamps.

Furthermore, it's rather interesting to note that a replacement for the 23-year-old for the Denmark fixture has not been named, as per a statement issued by the French Football Federation on Friday: "Kounde will not be replaced in the group that will arrive in Copenhagen on Saturday."

Depending on the severity of Kounde's hamstring injury he could be facing a few weeks on the sidelines which would leave him with a race against the clock to prove his fitness ahead of the World Cup, or the worst-case scenario is that he is forced to miss the tournament altogether.

In any case, Saliba is the perfect option to have on standby. He is certainly one of France's in-form players at the moment having started the season in impressive fashion for Arsenal and making the World Cup squad would cap off a whirlwind 2022 as he only made his senior debut in March. 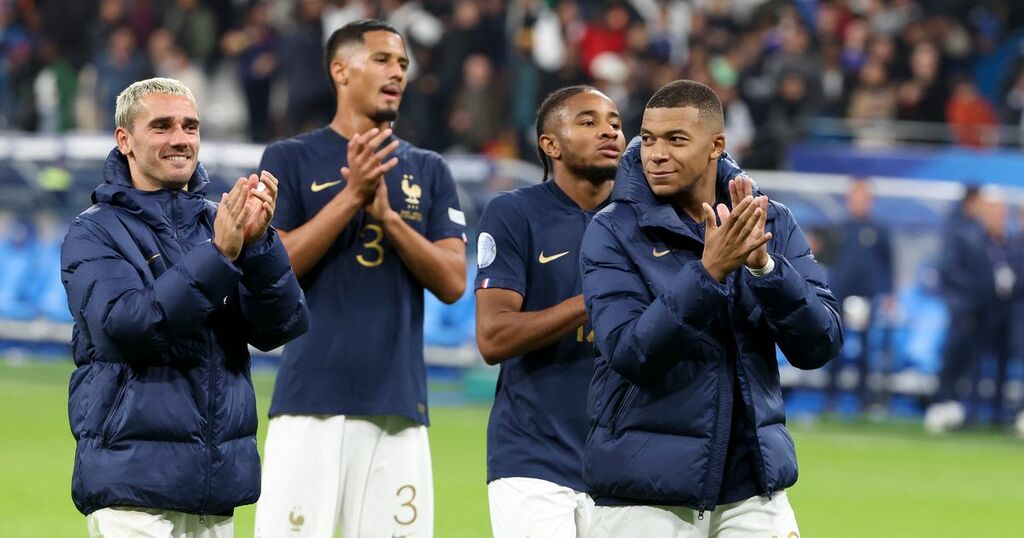 Football London
Is Denmark vs France on TV tonight? Kick-off time, channel and how to watch Nations League fixture

The Independent UK
Mbappe revels in greater 'freedom' with France

AFP
One subscription that gives you access to news from hundreds of sites
Denmark vs France live stream: How to watch Nations League fixture online and on TV tonight