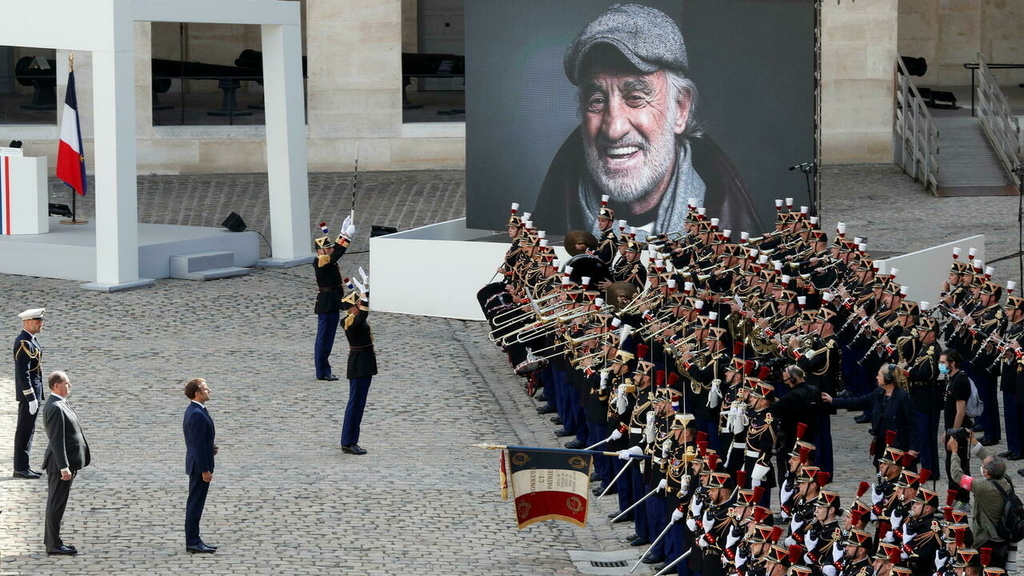 In a rare national event commemorating the life of iconic French actor Jean-Paul Belmondo, President Emmanuel Macron gave a eulogy, speaking of the breadth of his career, from the New Wave genre to his action movies.

"We loved Jean-Paul Belmondo, because he looked like us," said Macron.

This event in Paris is taking place just three days after his death in the capital, aged 88.

The sendoff, agreed to by his family, had a number of French artists and actors in attendance, including the singer Patrick Bruel and actors Jean Dujardin, Guillaume Canet and Gilles Lellouche.

Macron was in attendance with his wife, Brigitte, and Prime Minister Jean Castex.

The ceremony was open to 1,000 members of the public who have a health pass, but those unable to get in watched the ceremony on two jumbotron screens outside the venue, which included scenes from his biggest movies as well.