Framework is announcing an improved version of its modular laptop today, with a more rigid case and access to the latest 12th Gen Intel chips. But perhaps more importantly, the company is selling an Upgrade Kit that makes upgrading your old Framework Laptop with the company’s new improvements as easy as removing a few screws.

The new Framework Laptop features the same case design with a 1080p webcam, 13.5-inch display, and system of hot-swappable Expansion Cards for customizing what ports and other added features you want on your laptop.

The biggest structural change Framework is making is to the top cover of the device. The company is switching from an “aluminum forming process to a full CNC process” which is supposed to improve the overall rigidity. The change means the modular device has an overall larger environmental impact, and Framework says it’s working to source even more recycled aluminum (it currently uses 75 percent) to help offset the change.

For the new Intel chips, Framework chose several options from the chip maker’s performance line. You can order a new laptop (or opt for just a new Mainboard or Upgrade Kit) with either a 12th Gen Intel Core i5-1240P, i7-1260P, or i7-1280P. All support “up to 30W sustained performance and 60W boost,” according to Framework.

The option to improve what you already have without shelling out for an entirely new laptop is a key part of Framework’s focus on upgradeability and repairability. The Upgrade Kit, which starts at $585 and includes a new mainboard with 12th Gen Intel chips and the improved top cover, is further proof that Framework might be able to stick to its guns long term.

Framework still plans on rolling out new Expansion Cards to go along with its laptop improvements. There’s an Ethernet Expansion Card on the way later this year that “supports 2.5Gbit along with 10/100/1000Mbit Ethernet,” Framework says. Bit by bit Framework’s device comes closer to realizing the modular dream.

As ever, the Framework Laptop has its fair share of risk if the upgradeability and Expansion Card system is your main reason for buying in. The fact that it seems like Framework is going to pull it off with upgrades this go around doesn’t mean the company won’t at some point abandon its original laptop design to offer something it thinks customers might enjoy more. For now, though, the Framework Laptop just became even better, and in an age of super-expensive laptops with poor repairability, that’s a really great thing.

The new Framework Laptop is available to preorder now starting at $1,049, with the first batch shipping in July.

Framework’s Upgrade Kits are currently sold out, and individual new mainboards and CNC top covers are listed as “coming soon.”

Framework is also selling its 11th Gen Intel laptops for a reduced starting price of $899. 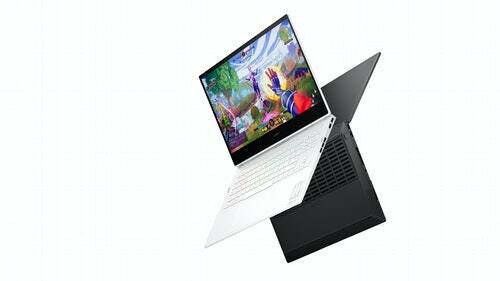 HP’s upgraded laptops are built to take the heat of hardcore gaming sessions
The new Omen 16 and Victus 15 both have redesigned thermals to improve airflow and reduce temps while gaming.

Input
What are ‘energy positive hotels’, and are they the green future of accommodation?

“Does the average traveller care how sustainable their hotel is?”