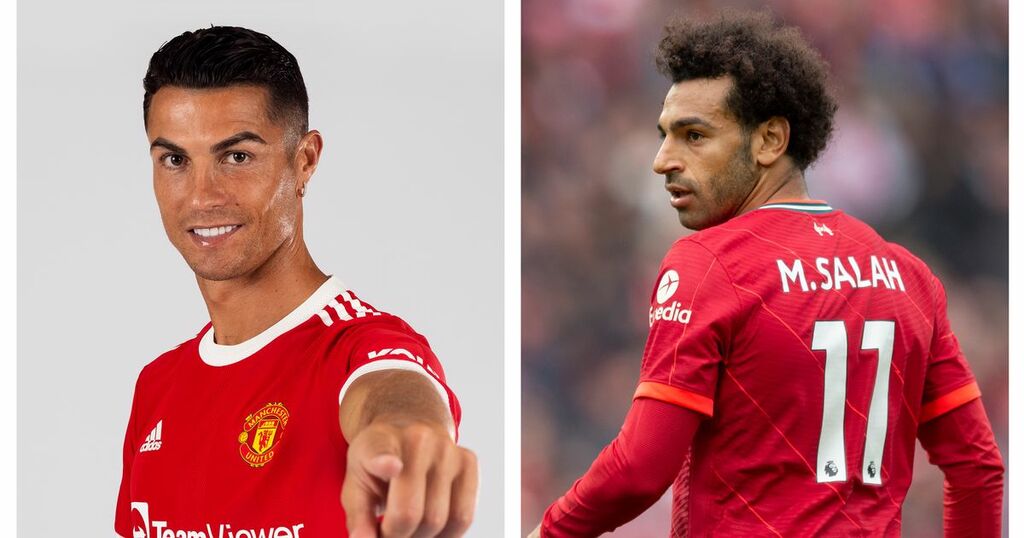 Fantasy Football players are wasting no time in activating their wildcard chips ahead of gameweek four, with over a million players transferring in Cristiano Ronaldo after the 36-year-old made his return to Manchester United before deadline day.

The Portuguese striker has been selected in 15 per cent of all squads, with that figure still climbing ahead of United's Premier League fixture against Newcastle after the international break.

Portugal and United teammate Bruno Fernandes looks to be the most common casualty for players as they try to fit Ronaldo into their team, with over 600,000 players transferring Fernandes out of their squads in favour of keeping Liverpool forward Mohamed Salah.

The question is, how do Fantasy Premier League players fit Ronaldo, Salah and other key players into their team?

So, we have done the homework for you and picked out the best players for each position that you need to have in your side should you choose to activate your wildcard ahead of gameweek four.

Lloris has been in fine form to start the 2021/22 season, keeping three clean sheets in his first three games and more points expected with Spurs facing a struggling Crystal Palace side next in the Premier League.

The French shot-stopper has registered six bonus points so far this season to go with his 27 points total, 10 points more than Chelsea's Edouard Mendy has managed to tally after the opening three fixtures.

Alexander-Arnold has started the season where he left off last season, and should be one of the first names on your team sheet, not just for wildcard use but for the entirety of the 2021/22 season.

The 22-year-old has one assist in his opening three games, two clean sheets and has created three big chances in his last two matches, as well as being a part of a rejuvenated and solid defensive line with the return of Virgil van Dijk and Joel Matip to the Liverpool side.

Wolves have been unlucky to not keep a clean sheet so far this season, as only Manchester City have allowed their opponents fewer shots in the opening three games of the season.

They do not play any of last season's top four until gameweek 15 and Semedo has been given the freedom to roam forward and attack by new manager Bruno Lage.

Cresswell's brilliant performances from last season have continued into the 2021/22 season after registering a goal and assist in his opening three games for West Ham so far.

Cresswell is the key set-piece taker at the club, paired with the West Ham squad's height and strength in the air, players can expect the 31-year-old to register plenty of assists this season.

Roberto Firmino suffered a slight hamstring injury in Liverpool's draw against Chelsea prior to the international break, which could see Jota have an extended period in the starting line-up under Jurgen Klopp.

At a cheaper price of £7.6million, Jota could represent a brilliant option for Fantasy Premier League players in the short term once the Premier League resumes after the break.

Salah is another key player that Fantasy Premier League players need in their team, with the Egyptian scoring two goals and registering two assists in the opening three fixtures of the season.

Salah could represent a great rotation option for captaincy along with Ronaldo throughout the rest of the Premier League season.

Ferran Torres is another bargain buy for Fantasy Premier League players, with the Spaniard being played as a forward under Pep Guardiola whilst Gabriel Jesus has been utilised more as a winger so far this season.

Torres has accumulated 23 points so far this season, sitting as the seventh best performing midfielder.

The Algerian playmaker has registered two goals and two assists for the Hammers so far this season, accumulating 26 points in his opening three games.

Benrahma's partnership with striker Michail Antonio has been impressive, and could be a brilliant cheaper option for Fantasy Premier League players to pick up a lot of points throughout the season.

Gray has marked his return to the Premier League with two goals in his opening three games of the season, whilst averaging the most advanced position out of any of his teammates.

The Everton winger could represent an amazing long-term investment if he maintains his form throughout the season.

Who will you be picking for the new gameweek? Let us know in the comments below.

He is suspended for Portugal's third international match so fatigue will not be an issue and is expected to make his second United debut against Newcastle.

Antonio is the Premier League's most in-form player and is a must-have for any Fantasy Premier League player should they choose to use their wildcard, despite rising £0.4m in value already.

Antonio's confidence gives him the ability to score against any team and only has two difficult matches before Gameweek 10, and should the 31-year-old remain healthy, players can expect him to score plenty of points in the coming weeks.

The total value of our ultimate wildcard XI is £83.1million, giving Fantasy Premier League players a budget of £16.9m to recruit a backup goalkeeper, two defenders and a forward.