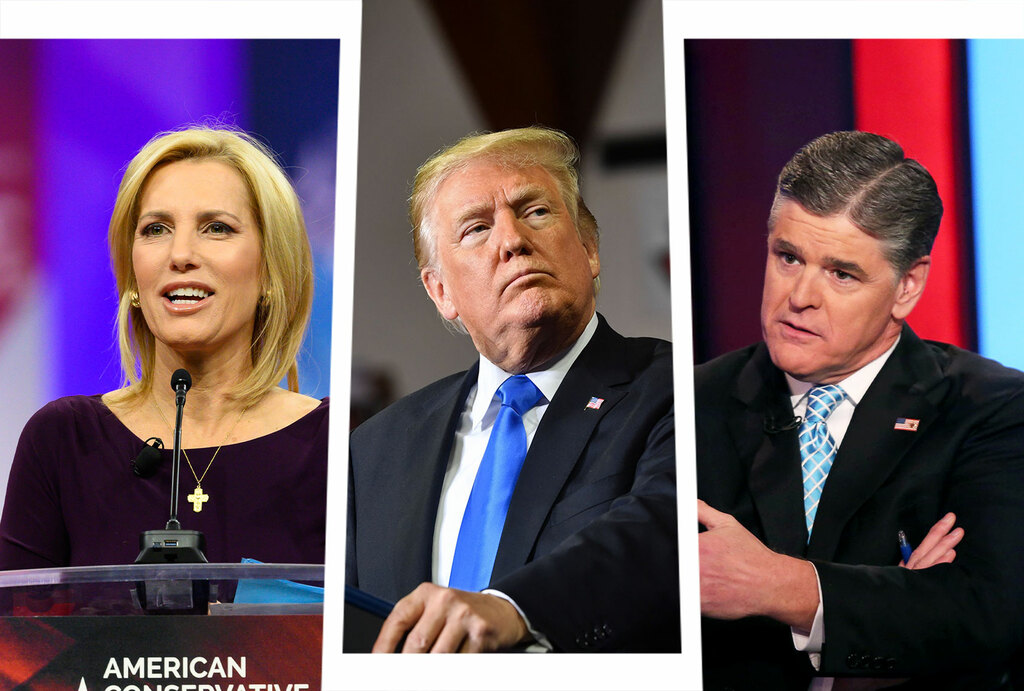 According to a report from the Washington Post, not only was former president Donald Trump in constant contact with Fox News hosts for political advice, but he continually shared their opinions with White House staffers who grew frustrated with abrupt changes in direction.

With the House select committee investigating the Jan 6th Capitol riot revealing that Fox News host Sean Hannity was attempting to sway the president to come out against the insurrection -- which has lead to Hannity being asked to testify -- the Post is reporting that Trump was making decisions based on the advice of Hannity as well as host Jeanine Pirro, among others..

Grisham also noted , "West Wing staffers would simply roll their eyes in frustration as they scrambled to respond to the influence of the network's hosts, who weighed in on everything from personnel to messaging strategy."

According to the report, the former president also allowed Fox hosts to participate in policy discussions with his staff, with Josh Dawsey and Ashley Parker writing, "A former senior administration official, who spoke on the condition of anonymity to share candid details of private discussions, said Trump would also sometimes dial Hannity and Lou Dobbs — whose Fox Business show was canceled in February — into Oval Office staff meetings."

"Michael Pillsbury, an informal Trump adviser, said he realized how powerful Fox News was in Trump's orbit when the former president began embracing Sidney Powell — an attorney promoting Trump's false claims of widespread voter fraud — and other election fabulists after seeing them on Dobbs's show. Pillsbury added that while it seemed obvious that many of the claims were patently false, Trump was inclined to believe them, in part because he was watching them on TV and had affection for Dobbs in particular," the report adds with Pillsbury confessing, "It taught me the power of the young producers at Fox, and Fox Business especially. These young producers who are in their mid-20s. They come out of the conservative movement, they've never been in the government. They are presented with these reckless, fantastical accounts. And they believe them and put them on for ratings."

The report adds that Trump's staff coordinated with Fox personalities to push their own initiatives, with the Post stating, "the relationship was also symbiotic, with White House aides actively trying to influence the network, especially on issues such as spending deals and averting government shutdowns. They knew if they could get Fox hosts to echo their goals on air, that would help sway the president."