As details of the Buffalo mass shooting emerged over the weekend, much of the media focussed on the shooter’s self-stated motivation: his belief in “great replacement” theory, the racist notion that white Americans are being deliberately replaced through immigration.

Over at Fox News, however, there was barely any mention of the white gunman’s alleged reasoning for opening fire at a supermarket, killing 10 people and wounding three more, in a predominantly Black area.

The absence of coverage of the motive was revealing, given Fox News’s most popular host, Tucker Carlson, has pushed the concept of replacement theory in more than 400 of his shows – and has arguably done more than anyone in the US to popularize the racist conspiracy.

Fox News, according to Oliver Darcy, a media correspondent for CNN, “largely ignored” the fact that the shooter had been inspired by replacement theory. Darcy searched transcripts from Fox News’s shows, and found one brief mention, by Fox News anchor Eric Shawn.

As Americans absorbed news of the shooting and struggled to understand why it had happened, it seemed a glaring omission. But given Carlson and his colleagues’ promotion of the theory, which has been unchecked by Fox News’s top executives, experts see the network as being left in a bind.

“What can they say?” said Matt Gertz, senior fellow at Media Matters for America, a watchdog of rightwing media. “There’s no way for anyone at Fox News to really issue a convincing and compelling, forthright denunciation of great replacement theory, because it’s being discussed on the network’s primetime hour on a near constant basis.”

It is not a new concept. But Carlson has led the charge in reintroducing it to mainstream rightwing thought. In April a New York Times investigation found that in more than 400 hundred of his shows Carlson had advanced the idea that a “cabal of elites want to force demographic change through immigration”.

In a monologue on his Monday night show, Carlson did not directly address replacement theory. He claimed the Buffalo shooter’s manifesto was “not recognizably leftwing or rightwing: it’s not really political at all”, despite the rambling document referencing a number of rightwing conspiracy theories.

Carlson referred to the gunman as “mentally ill” and launched an attack on “professional Democrats” who had “begun a campaign to blame those murders on their political opponents”.

In April 2021, after Carlson claimed on his show that Democrats were “diluting” his vote by “importing a brand-new electorate”, the Anti-Defamation League wrote to Fox News to sound the alarm.

“Make no mistake: this is dangerous stuff. The ‘great replacement theory’ is a classic white supremacist trope that undergirds the modern white supremacist movement in America,” wrote Jonathan Greenblatt, CEO and national director of the ADL.

“It is a concept that is discussed almost daily in online racist fever swamps. It is a notion that fueled the hateful chants of ‘Jews will not replace us!’ in Charlottesville in 2017. And it has lit the fuse in explosive hate crimes, most notably the hate-motivated mass shooting attacks in Pittsburgh, Poway and El Paso, as well as in Christchurch, New Zealand.”

The ADL called for Carlson to be fired for his comments, but instead the rightwing host – whose show is the most-watched on cable news – has thrived, and his passion for the topic of replacement has spread to his colleagues.

But Carlson is not alone on Fox.

Laura Ingraham, who hosts an hour-long show at 10pm, has told her viewers that Democrats “want to replace you, the American voters, with newly amnestied citizens and an ever increasing number of chain migrants”, while Jeanine Pirro claimed on a radio show that liberals were engaged in “a plot to remake America, to replace American citizens with illegals who will vote for the Democrats”.

“​​To be clear, Fox News is far from the only place where you might hear such dangerous rhetoric,” wrote Tom Jones, a senior media writer at the Poynter institute.

Fox News declined to comment when asked if it planned to condemn the idea of white replacement or take action against Carlson. A spokeswoman pointed to examples of Carlson denouncing violence on his show. Fox News was one of six media organizations which the gunman claimed, in his manifesto, were disproportionately influenced by Jewish people.

The network’s popularity has given it an outsized influence over the Republican party, an influence and relationship that was revealed recently when leaked text messages from the phone of Mark Meadows, Donald Trump’s former White House chief-of-staff, showed Meadows in frequent communication with Fox News hosts as supporters of Trump besieged the US Capitol on 6 January.

It should perhaps be little surprise, then, that Trump-supporting Republican politicians like Elise Stefanik and JD Vance have also embraced replacement theory.

“It’s been gradually moving from the fringes into the mainstream,” Philip Gorski, a professor of sociology at Yale, told the Washington Post. “First it was the entertainment wing of the GOP. Now it’s the political wing as well.”

The Buffalo shooter did not mention Fox News as an influence on his political beliefs, but said he had been radicalized through the extremist online forum 4chan, where he had found “infographics, shitposts, and memes that the White race is dying out”. From there, the gunman said, he had discovered sources including the neo-Nazi website the Daily Stormer.

Curiously, the founder of the Daily Stormer, Andrew Anglin, has called Tucker Carlson “literally our greatest ally”, and praised the Fox News host in 2021, in the wake of his replacement theory comments.

“[Carlson was] dropping the ultimate truth bomb on his audience: Jews aggressively lobby for the same demographic policies in America that they openly declare would destroy their own country,” Anglin wrote.

Since the shooting Carlson and his fellow Fox News hosts have justifiably drawn criticism for their promotion of replacement theory. But Gertz said the problem ultimately runs deeper, all the way to the Murdoch family, which controls the channel.

“Tucker Carlson is doing his job. He is providing the content that the Fox News brass, the Murdochs, want out of their 8pm slot.

“If they didn’t want him to do this, they could make him stop – but they’ve decided not to. And they have decided not to do that because he is still profitable for them.” 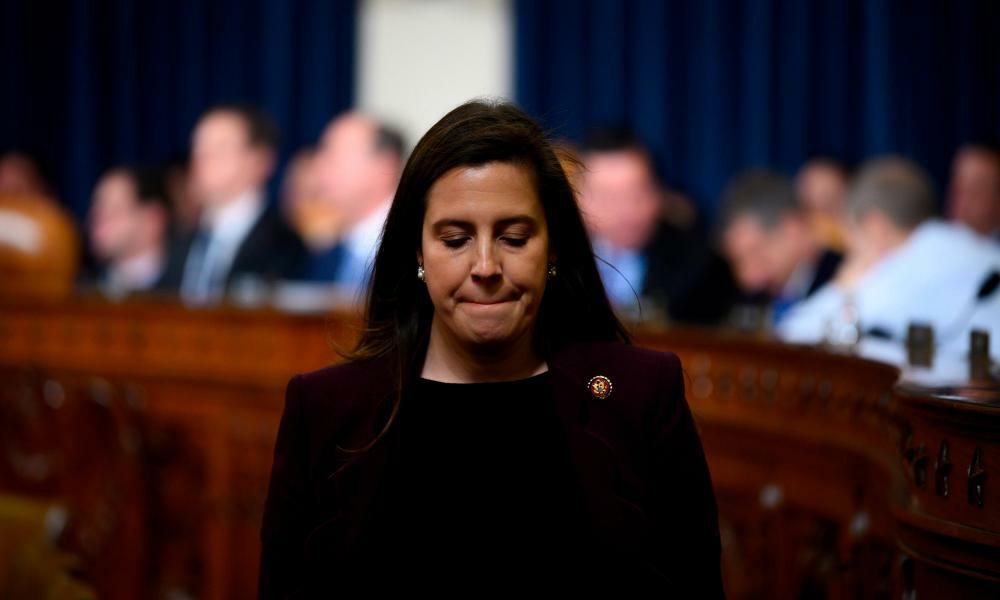 Comes after the alleged shooter in Buffalo reportedly used rhetoric from the racist theory.

The Independent UK
Erika D. Smith: Buffalo shooting is an ugly culmination of California's 'great replacement' theory
It started in California and it hasn't stopped yet.