By Adam Gabbatt in New York 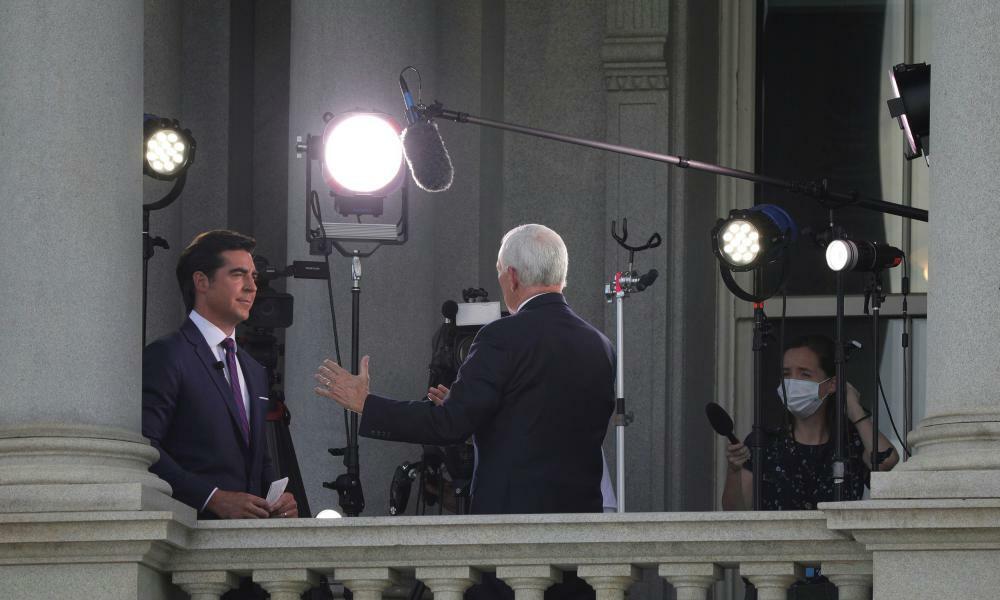 Fox News has promoted the controversial host Jesse Watters to a nightly primetime show, in an apparent cementing of the conservative network’s shift even further right.

Watters faced calls to resign in December after he suggested people should “ambush” Anthony Fauci and “go in for the kill shot” by presenting the infectious diseases expert with conspiracy theories.

Instead, he will host his own show at 7pm on weeknights, Fox News said on Monday.

Jesse Watters Primetime permanently replaces what was once a relatively “straight” news show hosted by Martha MacCullum. As CNN reported, Fox News dropped MacCullum from 7pm after the 2020 election, replacing her with a slate of rotating rightwing personalities.

Fox News appeared delighted with the Watters news, with its chief executive, Suzanne Scott, praising his “versatility and hosting acumen” and “deep connection to the audience”.

But Watters has a history of controversial statements and poor-taste programming.

He rose to prominence after he visited Chinatown in New York City for a segment on Bill O’Reilly’s show in 2016.

The video, much of which was set to the song Kung Fu Fighting by Carl Douglas, featured Watters asking locals if he should bow to them before he visited a martial arts studio and played with a set of nunchuks. The video was interspersed with clips of Mr Miyagi, a fictional Japanese character in the movie The Karate Kid.

“The vile, racist behavior of Fox’s Jesse Watters in Chinatown has no place in our city,” the then New York mayor, Bill de Blasio, said.

Watters addressed the controversy on Twitter, writing: “My man-on-the-street interviews are meant to be taken as tongue-in-cheek and I regret if anyone found offense.”

His ascent to primetime comes after the departure of Fox News’ most high-profile “straight news” journalist. Chris Wallace, who had been at Fox News for 18 years, frequently served as a counterpoint to the rightwing opinion that fills night-time schedules but finally left for CNN.

NPR reported that Wallace had expressed concerns to management over a Tucker Carlson documentary, Patriot Purge, which attempted to rewrite the events of 6 January 2021 and aired on Fox Nation, Fox News’ streaming-only channel.

Watters’ elevation was announced less than a month after Fauci called for him to be “fired on the spot”. Watters told an audience they should approach Fauci in public and present the 81-year-old a pre-prepared conspiracy theory.

This, Watters said, would be “the kill shot, with an ambush. Deadly: ’cause he doesn’t see it coming”.

Fauci has been subjected to death threats during the coronavirus pandemic.

Watters said: “This is when you say: ‘Dr Fauci, you funded risky research at a sloppy Chinese lab, the same lab that sprung this pandemic on the world. You know why people don’t trust you, don’t you?’

In a statement at the time, Fox News said: “Based on watching the full clip and reading the entire transcript, it’s more than clear that Jesse Watters was using a metaphor for asking hard-hitting questions to Dr Fauci about gain-of-function research and his words have been twisted completely out of context.”

Fox News remains the most popular US cable news channel by far, with an average of 1.3 million viewers and 2.4 million in the 8-11pm slot, when Sean Hannity, Carlson and Laura Ingraham appear.

Over the past two decades, the 7pm hour has largely been reserved for news or analysis, rather than the commentary Watters will provide. Carlson did have a brief spell in the time slot.

Fox News, media watchers say, has spent the year since Donald Trump’s defeat further engaging in themes attractive to the right, including hosts and guests advancing vaccine skepticism. Other hosts have told viewers they should consider getting a Covid-19 vaccine.

Carlson, the most-watched host, has championed Kyle Rittenhouse, who was acquitted in November after killing two people at a protest.

The network has been sued by two election technology companies, over election conspiracy theories.