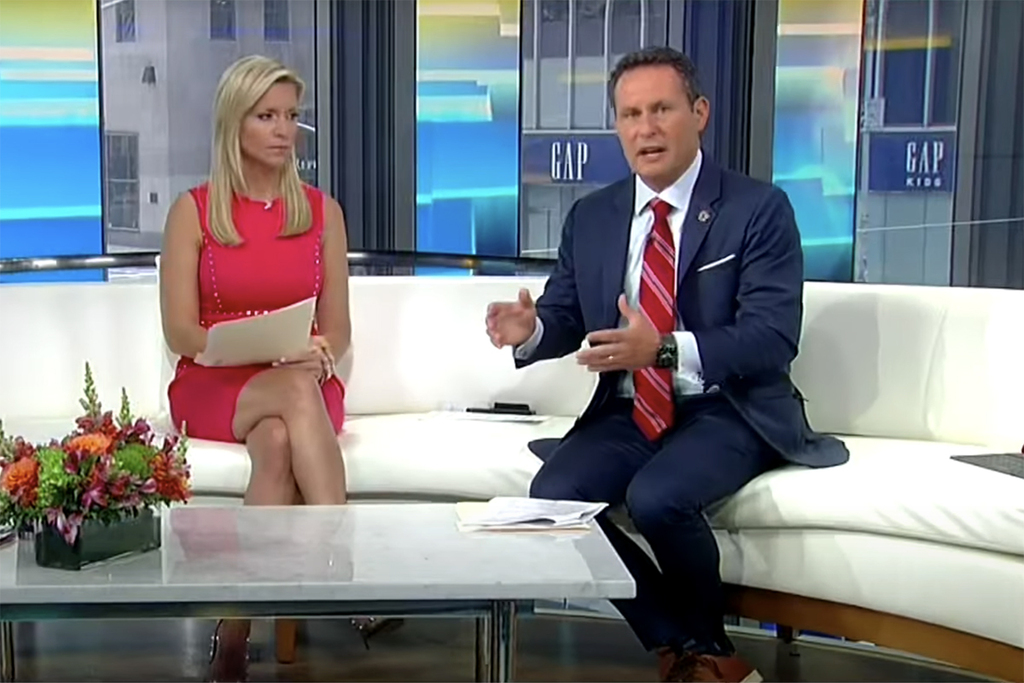 Fox host embarrassingly stuns Kilmeade
"Yeah, well, I'll defend her on that one, Brian," Ainsely Earhardt said. "She has the right to have a baby"

Worried the Republicans will follow up their attack on reproductive rights by taking our other rights? You should be

The Guardian - US
What is Roe v Wade and did it get overturned?

Salon
The Observer view on US abortion rights

Photos of wartime Europe still shape views of conflict – here's how we're trying to right the record
A war in Europe instantly creates parallels with the world wars for people in the UK and other European countries.…

One of the most popular kicks in the Yeezy roster is getting an upgrade.

Input
A look at this week’s battleground primary results
Welcome to the Thursday, May 19, Brew.

Ballotpedia
From analysis to good news, read the world’s best news in one place
From tacos to sopes, a border food tour

Fox News host Brian Kilmeade said he doesn’t know why a person would give a pregnant woman an “important” job.

On Thursday morning, the “Fox & Friends” host discussed the creation of a new advisory board to the Department of Homeland Security, which was announced last week. According to the department, the board will focus on coordinating the DHS response to the spread of “disinformation threats” spread by foreign states.

Nina Jankowicz – the author of How to Be a Woman Online, a media commentator on disinformation, and a communications advisor to the Ukrainian government – was appointed to lead the board. She is also eight months pregnant, much to the confusion of Kilmeade.

“I’m not sure how you get a job and then you just, you can’t do a job for three months,” he said during the broadcast. “I’m not faulting her, but I don’t know why you would give someone a job that you think is so important.”

Kilmeade, who is a father of three, received pushback from his co-host Ainsley Earhardt when she asked, “How long has she had this job?”

“Well, I’ll defend her on that one, Brian,” Earhardt said. “She has the right to have a baby and have maternity leave.”

This is not the first time Kilmeade has criticised Jankowicz’s appointment to the advisory board by attacking her pregnancy.

On 29 April, the Fox & Friends co-host discussed Jankowicz’s appointment to the advisory board, saying: “By the way, she’s eight months pregnant.”

“If you’re going to take over a brand new bureau, shouldn’t you not need maternity leave the first few weeks in?” Kilmeade asked. “Just saying.”

Kilmeade’s recent comments come after a leaked Supreme Court draft opinion showed that the court’s conservative majority voted to overturn Roe v Wade, a ruling that legalised abortion nationwide nearly 50 years ago. Critics called out Kilmeade for his comments online and used the opportunity to raise awareness towards abortion rights in the US.

“@kilmeade So you don’t want pregnant women to have jobs, but you also believe in forcing them to carry unwanted pregnancies. This is exactly the problem with denying people the right to choose,” one person tweeted.

“Today’s gem. Brian Kilmeade said he didn’t ‘know why you’d give’ a pregnant woman an ‘important’ job,” said someone else. “Ladies, if you think you aren’t under attack in the US, you’d best start paying attention.”

The Supreme Court is not expected to make a final decision on the fate of Roe v Wade until late June or July. If the ruling goes forward and Roe v Wade is overturned, the law to access abortion will be left to individual states’ discretion.

Many conservatives and Republicans have voiced their support for overturning Roe v Wade. On Thursday, a Fox Business Network correspondent said that women concerned that their abortion rights will be stripped should move to states where the practice is allowed.

Earlier this week, Fox Nation host Tomi Lahren accused Democrats of leaking an alleged “first draft” of the opinion ruling as an “intimidation tactic” towards an upcoming “insurrection” to block the Roe v Wade ruling.

Fox host embarrassingly stuns Kilmeade
"Yeah, well, I'll defend her on that one, Brian," Ainsely Earhardt said. "She has the right to have a baby"

Worried the Republicans will follow up their attack on reproductive rights by taking our other rights? You should be

The Guardian - US
What is Roe v Wade and did it get overturned?

Salon
The Observer view on US abortion rights