Fox News Correspondent Jennifer Griffin On 30 Years Of Covering Afghanistan: It Has ‘Taken A Toll’ 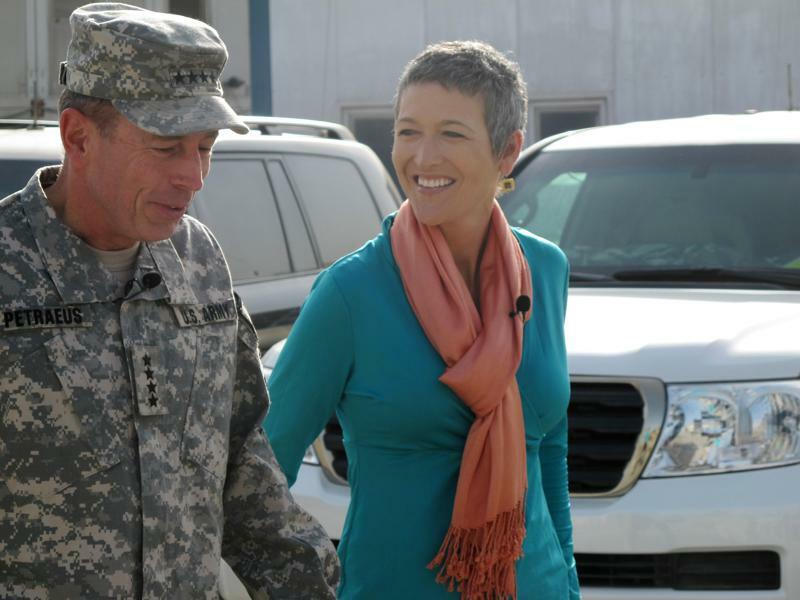 For Fox News national security correspondent Jennifer Griffin, it was in a quiet moment, exhausted after a nonstop month of work that the emotional impact of America’s exit from Afghanistan caught up with her. It was her first Saturday off in weeks, and she attended convocation at Georgetown, where her daughters had just started college.

“I sat there listening, feeling extremely emotional at the idea that they made the announcement that 60% of the Georgetown class were women this year,” Griffin told me, the pain and sadness catching in her throat. “And I just thought of those Afghan university students in Kabul, and how those girls are not going to be getting educated. It is too much. This is 20, 30 years of scar tissue.”

Griffin has covered Afghanistan since 1993, covering the civil war that followed the Soviet Union’s withdrawal—and then the rise of the Taliban. “So keeping in check the emotions of covering a story that I’ve spent my whole life engaged with, and the emotions of the humanitarian disaster that was so predictable...it really has taken a bit of a toll.”

Listen to my full podcast interview with Jennifer Griffin: we talk about how she raised kids while living and working in war zones, and how she’s feeling more than a decade after developing breast cancer.

Over the last 22 years—she joined Fox News in 1999—she has become one of the network’s most valuable assets, a journalist with deep sources on one of the most important beats. She recently traveled to U.S. airbases in Europe and landed an exclusive interview with Gen. Mark Milley, who told Griffin “there’s a very good probability” of civil war in Afghanistan, which could “lead to a reconstitution of al-Qaeda or a growth of ISIS or other myriad of terrorist groups.”

“There is a lot of scar tissue from 9/11,” Griffin told me. “The involvement of the U.S. military and the multiple tours, not just some of these generals, but also their kids have served multiple tours. They’ve lost children in these wars. This is emotional stuff for everyone.”

And despite the chaos that unfolded after the rapid fall of Kabul to the Taliban, Griffin has reported on the reality of what American forces were able to accomplish in getting 120,000 people safely out of Afghanistan—and doing so in an intensely dangerous environment at the Kabul airport.

Griffin has reported extensively on the refugees U.S. forces evacuated out of Afghanistan, and pushed back on the suggestion from some politicians and Fox News Channel’s Tucker Carlson, who said of the refugees “who exactly are these Afghans...the truth is, despite what they’re telling you, we have no real idea.”

Griffin says “this notion that we don’t know who they are...that’s not true. I saw them show me their U.S. Embassy badges. Their fathers worked for the DEA...these were not just random people, they didn’t just open the gates and say ‘come on, get on board.’ That is a real misunderstanding of what was going on.”

On her recent trip with Gen. Milley, Griffin met a refugee who described a harrowing scene at the gate to the Kabul airport before U.S. troops left, with a Marine guard clearing the young woman—a University of Kabul student—to enter, but not able to clear her family. “Her family said to her, ‘go, save yourself, start a new life.’ They had to be left behind because they couldn’t get through the gate.”

“These are the best and brightest of Afghanistan,” Griffin told me. “The great tragedy is that they won’t be able to go back to Afghanistan to help rebuild their country. But these are really amazing people. And it’s a mixed picture, but we do know who some of these people are and they’re going to go on to do incredible things and the U.S. should feel very proud. The U.S. military sacrificed 13 people in those final days to get 124,000 people out, and that is what our military does. They sacrifice themselves so others can live.”