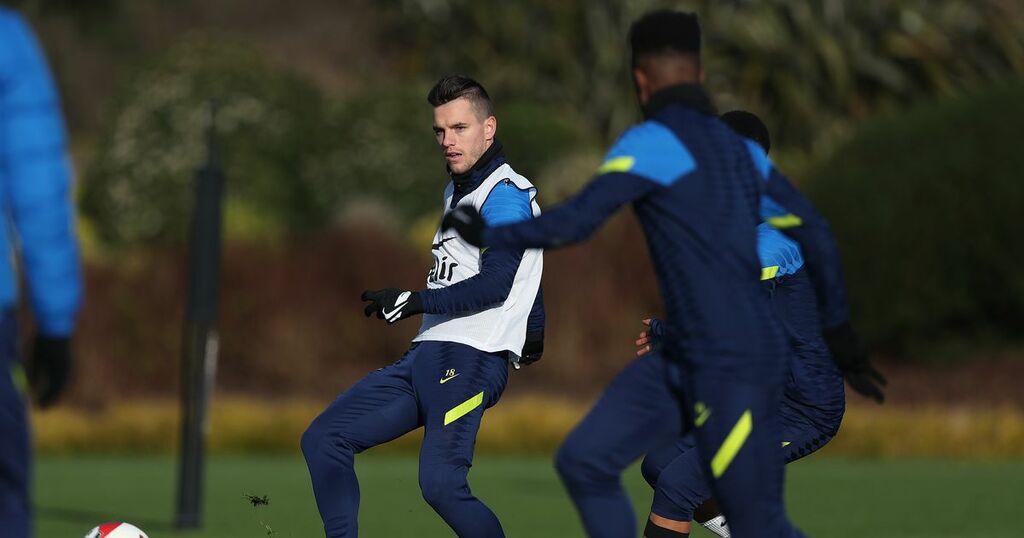 Antonio Conte has a number of options with how he could line his Tottenham side up when they play Morecambe on Sunday.

The FA Cup third round tie is Spurs' first game of the competition this season and they will face the League One side who are currently 19th after 24 matches.

The Lilywhites will not only want a victory to progress in the cup competition but also as a response to their Carabao Cup semi final first leg defeat to Chelsea, on Wednesday.

The Italian will have to make some changes in his line-up as he announced Heung-min Son is out with an injury, but it is a good chance for some of the fringe players to take their chance and impress.

As Tottenham look to get one step closer to ending their almost 14 year trophy drought, football.london looks at how Conte could line his side up.

One decision which the Italian is likely to make is a change to the goalkeeper, in order to give captain Hugo Lloris a much needed rest. Pierluigi Gollini is the most likely substitute, as he has been the second-choice shot stopper.

Eric Dier missed out on Wednesday's fixture at Stamford Bridge due to illness but is available to play on Sunday, so may return to the line-up. Against Chelsea, Spurs looked unorganised and lacked leadership, which is something Dier could bring back on the field.

Giovani Lo Celso and Harry Winks are two other fringe players who may get an opportunity to impress, in the absence of Son and to give the likes of Lucas Moura, Pierre Emile Hojbjerg and Oliver Skipp a rest.

The Argentine has recently returned from an injury so it will be a good chance for him to build his fitness back up and Winks has produced some decent performances when he has been given a chance.

Joe Rodon has arguably had the worst luck under Conte with barely any match minutes under the new Spurs boss. This isn't helped by the fact the Italian said he is Dier's understudy and with 27-year-old is in solid form so far this season, he will be hard to replace.

However, with the England international returning from illness and some tough fixtures over the next couple of weeks, Conte may decide to give the Welshman a chance with some game time.

Bryan Gil is another player who may get an opportunity to get some match minutes, as he has already shown he can add energy and work hard to help in the attacking half of the field.

Tanguy Ndombele has produced some mixed performances when he has been given the chance under the Italian but he can produce some lovely forward balls and add some much needed creativity on the pitch.

Conte also already hinted the midfielder will likely feature against Morecambe, in his pre-match press conference on Friday.

"Tanguy is showing a good commitment, a good attitude in training sessions," the Italian admitted. "He has had an opportunity, a chance against Liverpool and then the second half against Chelsea.

"Probably he could play on Sunday in the FA Cup. I think every game is a good opportunity for every player that is not playing so much in the last period to show me that they deserve more consideration."

Despite facing a lower-ranked opposition, Conte may still want to keep some regular starters in his line-up, especially if he is bringing in the likes of Rodon, who haven't played much this season. Therefore, he may opt to keep the likes of Davinson Sanchez, Emerson Royal and Lucas Moura in the starting XI.

Dele Alli is one player yet to find his strongest position under the 52-year-old and has produced some mixed performances in recent games. Against a League One side, it will be a great opportunity for him to thrive and it will be interesting to see where on the pitch Conte plays him, after confirming he will also be a starter on Sunday.

"Dele is one of the players who on Sunday he play," the Italian said on Friday. "For sure it's a good opportunity, a good chance to play well and to show that he is a good fit."

To give Dier some game time after his absence against Chelsea but also give Rodon some much needed match minutes, the Italian may decide to play them alongside each other, despite him admitting that Rodon would usually play in the 27-year-old's absence.

Playing a League One side, it could be a good opportunity to give Dane Scarlett his first match minutes under the new Tottenham boss. This will be a good chance for Harry Kane to have a much needed rest but also give the 17-year-old a chance to play alongside the first team players.

With Ryan Sessegnon returning from injury, he is likely to also come into the starting XI to build up his match fitness and hopefully impress Conte, in a position he has experience in.

Sunday's game is a great opportunity for some Spurs players to get game time they need and is a chance for them to show why the 52-year-old should consider them in future fixtures.