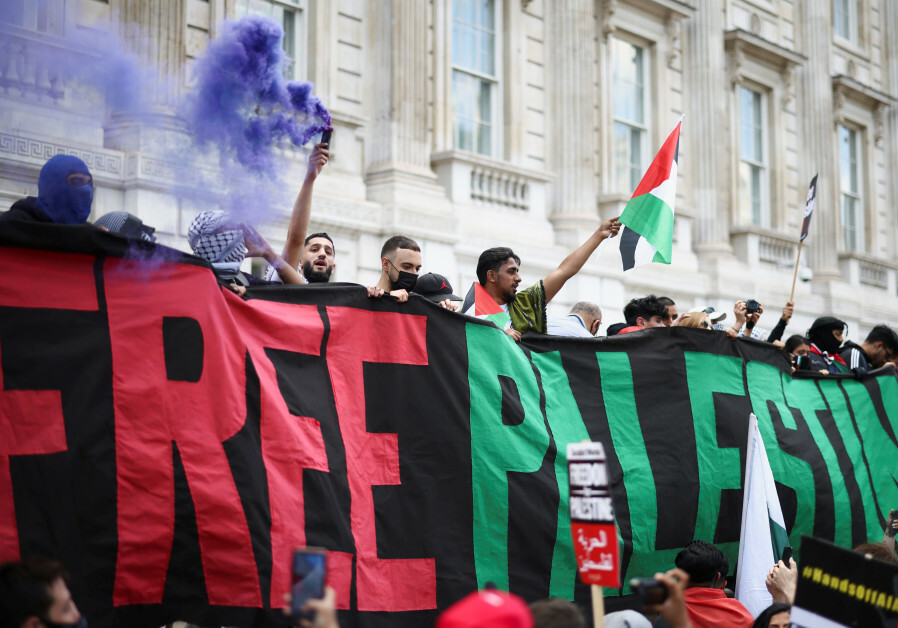 Four Muslim residents of the town of Blackburn in Lancashire, United Kingdom, accused of antisemitic hate speech, pled not guilty at a hearing at the Westminster Magistrates’ Court. The men, three of whom are of Pakistani origin and one of whom is Indian, allegedly shouted death threats and antisemitic slurs while driving through the heavily Jewish neighborhood of Finchley, London, en route to a pro-Palestinian event called "Convoy For Palestine," Pakistani newspaper The News International reported Thursday.

"The men were charged via postal requisition on Thursday, 16 September with using threatening, abusive or insulting words, or behavior, with intent, likely to stir up racial hatred," a statement from London's Metropolitan Police Service said.

Lancashire news site LancsLive reported that the defendants were filmed on May 16 shouting abuses from a convoy of cars "decked out in Palestine flags" amid nationwide protests over the escalation in the conflict between Palestinian militant factions and Israel that occurred this spring.

The site added that, at the time, tensions in London were "simmering" and "thousands of people had been marching through Central London in support of the Palestinians."

The accused, all four of whom maintain that they are innocent of the charges, will be discharged without bail as they have no criminal record. They are set to appear at the Woodgreen Crown Court on November 3, The News International said.