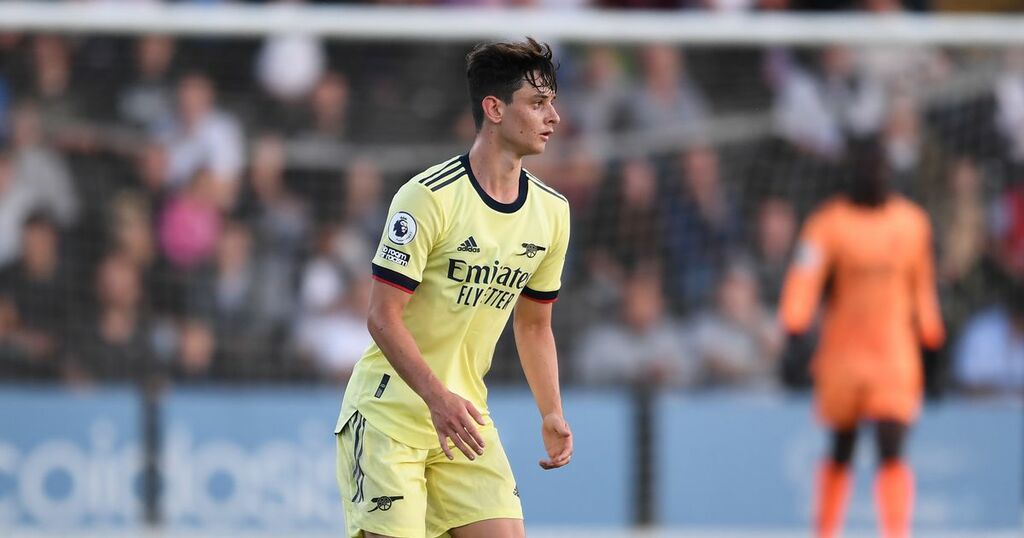 Charlie Patino is the name on every Arsenal fans lips after his highlight reel from the defeat to Swindon Town hit social media.

Comparisons to Jack Grealish and Jack Wilshere have already begun as fans get behind the next player off the Hale End conveyer belt.

Here are four things you need to know about the 17-year-old midfield prospect before everyone else jumps on the bandwagon.

Arsenal beat rivals to his signing

Before signing for the club in 2015, Patino was a part of the Luton Academy and had been playing for the under 13’s despite only being 11 years old.

The Arsenal scout who noticed him spoke to Charles Watts in an interview for Goal and said: “I made a phone call to my head of my department at Arsenal at the time, Sean O’Connor. He asked what I thought and I said, ‘well, I’m not coming back again. I don’t need to see any more, you need to sign this kid straight away.”

The Gunners had to get the deal completed in a swift manner after they learned that Manchester City, Chelsea and Tottenham were also interested in signing the youngster.

Despite not playing a first-team match at professional level, Patino has already secured himself a commercial contract with Adidas.

It was expected that the 17-year-old would make his debut in Arsenal’s pre-season tour this summer, but he picked up an injury that ruled him out of a potential call-up.


Despite his lack of exposure, the sports manufacturing giant can see the commercial potential in the 17-year-old to tie him up to a deal.


Spain are keeping tabs on him

Patino was born in Watford and has grown up in London. This has meant he has featured in youth team games for England making appearances at under-15 and under-16 level.

Despite this, the youngster is still eligible to play for Spain and this is because his father grew up there and supported Deportivo La Coruna. Even his playing style has been compared to that of a typical Spanish midfielder.

Speaking to Arsenal.com, Patino said: “Maybe one day I could play for them.

“I’ve always had an appreciation for that Spanish style of play.”

He idolises a former Arsenal midfielder

The youngster has been compared to Jack Wilshere due to a similar rise in the Arsenal academy and the same left-footed abilities as the midfielder.

However, it is Santi Cazorla who Patino idolises. Speaking to Arsenal.com he said “Growing up I adored Santi Cazorla as a player. Cesc Fabregas and Mikel Arteta were some of my favourites too. But there’s something about Santi for me and the qualities that he had – he was something else.”