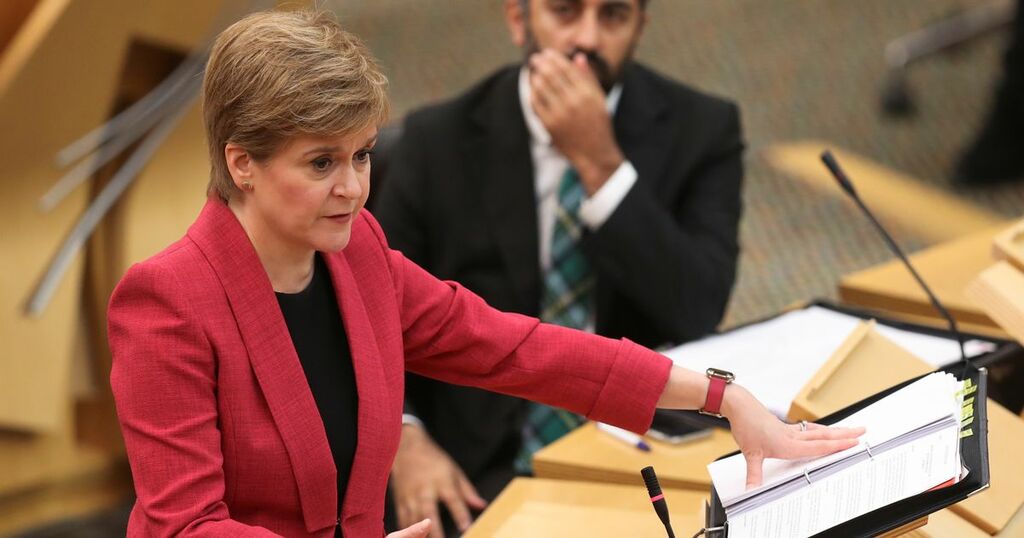 Nicola Sturgeon will make an announcement on the latest on the coronavirus pandemic in Scotland in parliament later today.

The First Minister is expected to make an update on a range of topics after a recent spike in cases of the virus.

It comes as the number of people in hospitals across Scotland reached 1000 over the weekend.

In an address to Holyrood, the SNP leader will deliver her speech on the state of the pandemic at around 2.20pm this afternoon followed by questions.

Coronavirus infection rates and hospitalisations across Scotland still remain high, according to the latest figures.

The latest figures for Scotland showed that 4,241 new cases had also been identified over the last 24-hour period.

There are currently 1,048 people in hospital confirmed to have the virus with 90 being treated in intensive care.

The Scottish Government announced that they were potentially scaling back their plans for Covid passports.

Health secretary Humza Yousaf announced that they were willing to introduce Covid vaccine passport spot checks for those attending large scale events rather than everyone having to show their certification.

The government will engage with organisers to decide the best way forward, with the plans due to be rolled out on October 1.

Concerns were raised that checking every person over 18 at large scale events could lead to delays to matches or concerts.

MSPs have already voted in parliament to launch the initiative, with all opposition parties voting against the plan.

Scotland will announce a decision on jabs for 12 to 15 year olds "as soon as possible" after it was recommended by the UK's chief medical officers.

The UK’s four chief medical officers gave the green light to vaccinating younger teenagers on Monday in an attempt to prevent more disruption to education.

Jason Leitch, Scotland's national clinical director, has said Scotland is “ready to go” with a Covid-19 vaccination programme for 12 to 15-year-olds as soon as experts gave the go-ahead.

Scotland's health secretary, Humza Yousaf, said: "Health ministers are now considering this advice and we will make a decision as soon as possible."

If they agree, children will be offered the Pfizer jab.

Boris Johnson has revealed covid booster jabs for adults will be “going ahead” this winter.

Interim guidance from the Joint Committee on Vaccination and Immunisation (JCVI) in June revealed a list of people that should be given priority for a potential third dose of the vaccine.

The committee has yet to announce a decision on how widely third (booster) vaccinations will be used, with news understood to be due imminently.

The Scottish Government previously indicated that it hopes to rollout booster doses of the coronavirus vaccine.