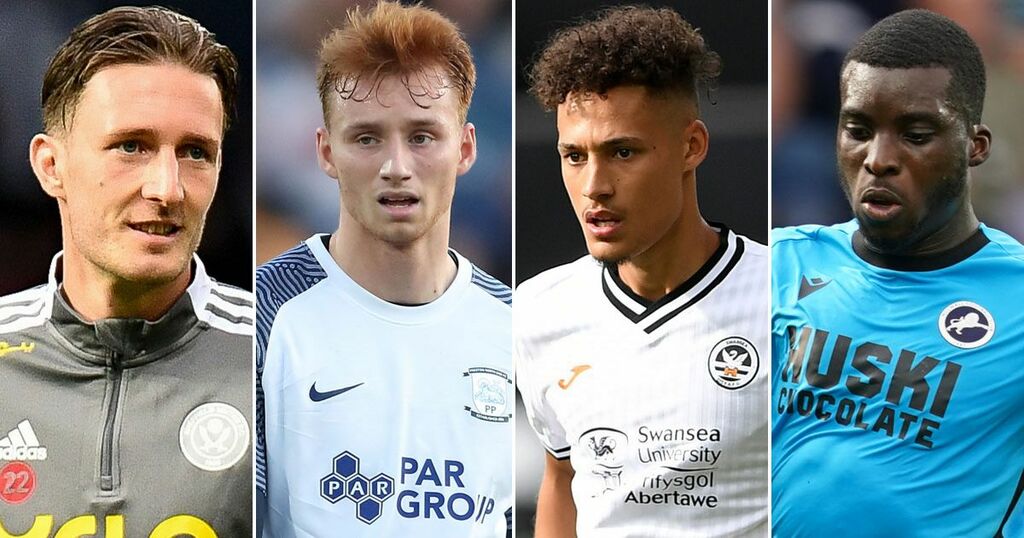 Liverpool have made a fine start to the season as they bid to put up a proper title fight this time around.

The Reds fell 17 points adrift of eventual champions Manchester City last term and Jurgen Klopp is on a mission to ensure that campaign was merely a one-off.

Despite a relatively slow summer regarding incomings at Anfield, Klopp did sanction plenty of exits. They included the permanent departures of Harry Wilson and Xherdan Shaqiri but there were also a flurry of players leaving on loan.

Four of those headed to the Championship - and they all come up against each other in another busy midweek of fixtures in the second tier.

The hosts recruited Ben Davies on a season-long loan from the Reds, and he'll be coming up against Anfield colleague Sepp van den Berg at Bramall Lane.

Liverpool's signing of Davies earlier this year, from North End, was one of the big shocks of the winter transfer window.

Despite never having played in the top flight, Jurgen Klopp made a late move for the centre-half. However, barely six months later he was shipped out on loan back to the Championship without making a single appearance.

He is now hoping for a solid season with the Blades as he aims to help them seal an immediate promotion back to the Premier League.

His chances of a breakthrough at Anfield, though, look exceptionally slim. That doesn't seem to be the case for his opponent on Tuesday however.

Dutchman van den Berg has impressed in what is his second stint at Deepdale. He recently notched in successive games and has spoken about his flexibility, having operated at centre-half and full-back.

Aged just 19, time is very much on his side. But that doesn't mean he is ruling out being fast-tracked into the first team at his parent club.

On his ambitions, he recently said of returning to Preston: "I thought: if I play there for another year, I really have a chance at Liverpool. Virgil van Dijk told me that he thought it was a good choice because making minutes is so important.

"Who knows, I may be next to him next season? You should always keep dreaming."

The following evening sees another two Kop players come up against each other when Rhys Williams' Swansea host Sheyi Ojo's Millwall.

But he was always likely to find his game time limited this term with van Dijk, Joe Gomez and Joel Matip all now fully fit. The acquisition of £36m man Ibrahima Konate only further pushed Williams down the pecking order.

The 20-year-old made a deadline day move to South Wales and made his debut in Saturday's stalemate with Hull, helping ensure a clean sheet on his bow.

He is likely to have his hands full when Millwall come to town. Ojo, 24, is now in the eighth loan spell since signing for the club from MK Dons.

But he made a lively start for the Lions in Saturday's draw with leaders West Brom, making an impression on boss Gary Rowett.

Rowett said: "When we got our goal I thought Sheyi Ojo and Jed (Wallace) looked a major, major threat on the counter-attack.

“It was a tough game for Sheyi. If you look at the type of game it’s a tough one for him and Jed.

"It’s a game of second balls, a game of fighting. It’s one where you have to go and compete all the time and they are the type of players that if you can find them space, they will hurt most teams."

Davies and Ojo may be well down the pecking order at Anfield, whilst Williams and van den Berg seemingly have time on their side.

But all four will be desperate to prove a point to Klopp that they still have something to offer on Merseyside, upon their eventual returns.