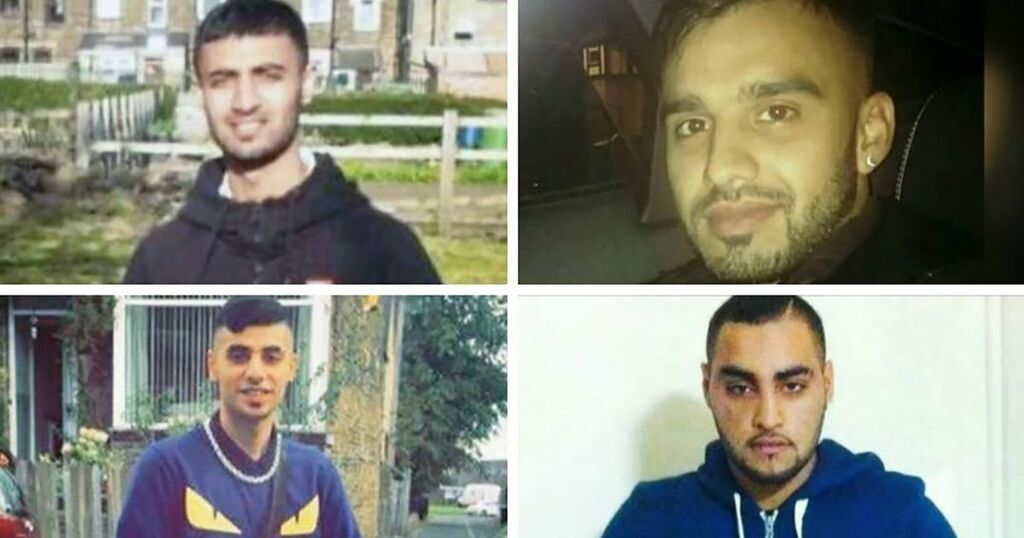 Four men were killed after the BMW car they were in was chased by police and collided with a tree.

An inquest, held at Bradford Coroners Court, has heard that Mr Chaudhry was driving the BMW which was being followed by West Yorkshire Police officers in an unmarked vehicle.

YorkshireLive reports the Mr Chaudhry had drank around four pints of alcohol and had taken cannabis and cocaine before the crash.

Prior to the inquest, the Independent Office for Police Conduct (IOPC) said that before the crash, officers "were concerned about the manner in which the car was being driven. A short pursuit began after they failed to stop for officers."

A previous hearing was told the chase lasted just 34 seconds before the collision.

He told the inquest on the morning of the crash he was in an unmarked police BMW which is fitted with blue lights.

He said he and a colleague was parked up on Stoney Lane in Bradford following a report that a vehicle, said to be a Volkswagen, had been sighted and was thought to be involved in house burglaries.

He said a grey BMW appeared "at speed" and went on the wrong side of a traffic island.

PC Hoyle said the driver "appeared to look in our direction" as it passed before turning up another street.

He said he believed it was the vehicle they had been looking for as it was grey and because of "the manner it was being driven."

He said it was not possible to see the BMW's registration plate because of the speech it was travelling and it was difficult to get close to the car.

PC Hoyle said speeds of around 80mph were reached which he did not match and even when he activated blue lights, he believed the BMW was failing to stop and was accelerating away.

PC Hoyle said the BMW did not slow down and the police car was travelling at 100mph at one point and the pursuit - which he described as "spontaneous" - was justified.

He told the coroner there was not time for authority to be given and the pursuit from the first sighting to the conclusion lasted around one minute.

The police constable then said he had lost sight of the BMW on a "blind bend" and did not see any brake lights come on the car which was on the wrong side in the vicinity of the bend.

He said when he got around the corner, the car was 100 yards away and had hit a tree. He said he found four males in the car and an axe was found on the ground, near the boot of the vehicle.

All four men were pronounced dead at the scene, where a witness said they saw a "plume of smoke" and the wheel of a car rolling across the road.

Another witness, Usma Khan said she was at home when she heard "a sound like a bomb had gone off."

She said she went outside and saw a badly damaged BMW "wrapped around a tree."

She said she heard one officer shouting, "Hello, hello, can you hear me?" to the people in the car and an officer repeatedly shouting "Find the (expletive) drugs."

A paramedic told the inquest when he arrived at the scene, which he was called to at around 5.39am, he saw three axes on the floor by the BMW.

Simon Mason, of the Yorkshire Ambulance Service said the car had collided with the tree at high speed and one person was trapped inside it.

Paramedic Steven Boocock Wilson, who also attended the scene, arrived at 5.50am.

He saw the three axes and asked a firearm if they belonged to the fire service but was told that it was thought the axes had come from the BMW.

Tributes to all four men were told to the inquest.

The inquest heard Mr Khalid was a "soft-hearted person" who would always help people. His family said in a statement that he was maturing in his outlook and was ambitious for his family.

Mr Siddique's father told the court his son was born in London and later moved to Bradford but "kept himself to himself."

He said he enjoyed football and worked in his dad's takeaway in Leeds and would give out free food to people who could not pay.

He said his son was "generous, well-mannered and very loving" and had married in Pakistan in 2018 and had a son with his wife.

The inquest is set to last five days.