Manchester United may not have much to play for on Sunday but several players certainly do.

There is just one more match to go and this dull, dismal and dreary campaign can finally be brought to a close. United have stumbled through the season with the grace of a drunk and the hangover has been a draining ache that just won't abate.

Every competition was exited with hardly a whimper, there wasn't even a sniff of the Premier League challenge that had been expected prior to the season and even the bare minimum of qualifying for the Champions League has been failed. With one game left, United might even fail to finish in a Europa League spot.

Should United lose or draw against Crystal Palace in their final game and West Ham defeat Brighton in their own, then the Hammers will leapfrog United into sixth place. You'd like to think the ignominy of playing in the UEFA Conference League next season would spark United into action, but going off their pitiful displays whenever anything important has been on the line through the last year you wouldn't bet on it.

If securing a Europa League place or just simple pride after the 4-0 hammering dealt to them by Brighton last week isn't enough inspiration, maybe their futures at the club being on the line will do the trick?

Erik ten Hag has now arrived in Manchester. He hasn't taken over managerial duties yet and won't be in charge on Sunday, with Ralf Rangnick managing his last game at the club. Yet, the Dutchman's work has begun.

A long summer of planning is in store, with transfer targets needing to be identified, formations discussed, tactics decided and much more. Ten Hag may already have a clear idea of which players already at the club will play integral roles in his side but watching his new players will certainly help firm up his decisions.

Ten Hag will be in attendance at Selhurst Park to watch his new side in the flesh and no doubt run the rule over the players. The likes of Bruno Fernandes, Cristiano Ronaldo, Jadon Sancho and Raphael Varane are bound to be regulars next season, but there are other members of the likely starting XI who may have to impress their new boss.

Perhaps the player with the most on the line is Harry Maguire. The centre-back has endured an incredibly difficult season which has seen him come in for staunch criticism, with even his captaincy being questioned. With a new manager coming in he may look to give the armband to someone else in order to have a fresh start. That is unless Maguire can impress him before the decision is made.

Maguire returned from injury off the bench against Brighton and could come in from the start at Palace. His ability on the ball and in distribution would suit Ten Hag's style of football but his defensive flaws at present far outweigh that.

A fellow defender in Diogo Dalot may also be playing for his place. While the Portuguese has forced Aaron Wan-Bissaka out of the team this season that is no great achievement considering his colleague's dreadful form. Dalot does bring more energy to the right side but he is also a weak spot in defence and his delivery into the opposition box is largely inconsistent.

The full-backs will likely play a very important role in Ten Hag's side and United have already been heavily linked with Ajax's Jurrien Timber for the role. If Dalot doesn't impress, he could find himself out of the team next.

United's midfield issues are well publicised and it is a position that has been earmarked as a priority this summer. With Nemanja Matic and Paul Pogba leaving, at least two will likely have to be signed. Frenkie de Jong and Kalvin Phillips are the two targets at present and if they are signed that would leave Scott McTominay in a perilous position.

Though the 25-year-old has won the hearts of many fans due to his passionate displays on the pitch, he has rarely shown the technical skills required for a Ten Hag midfield - which focuses on retaining control through possession and relies on accurate passing. His combative nature would still make him a useful asset in certain battles, but McTominay may have to show a more cultured side of his game if he is to remain a regular starter under Ten Hag.

Finally, Marcus Rashford. It's been a terrible year for the striker who would need to score twice on Sunday in order to draw level with his lowest ever goals tally since his promotion to the first team - with that being his first half-season in which he scored seven times as a teenager.

The forward missed the last game but has recovered from bronchitis to be involved on Sunday. Though he likely won't start, if he comes off the bench a promising display must be seen from him. Whenever Rashford has had minutes in recent months he has looked devoid of all confidence, with his skills deserting him.

Ten Hag's arrival will allow for a new beginning but a spark of positivity may be from him, or else the new manager could look to bring in more attacking recruits. 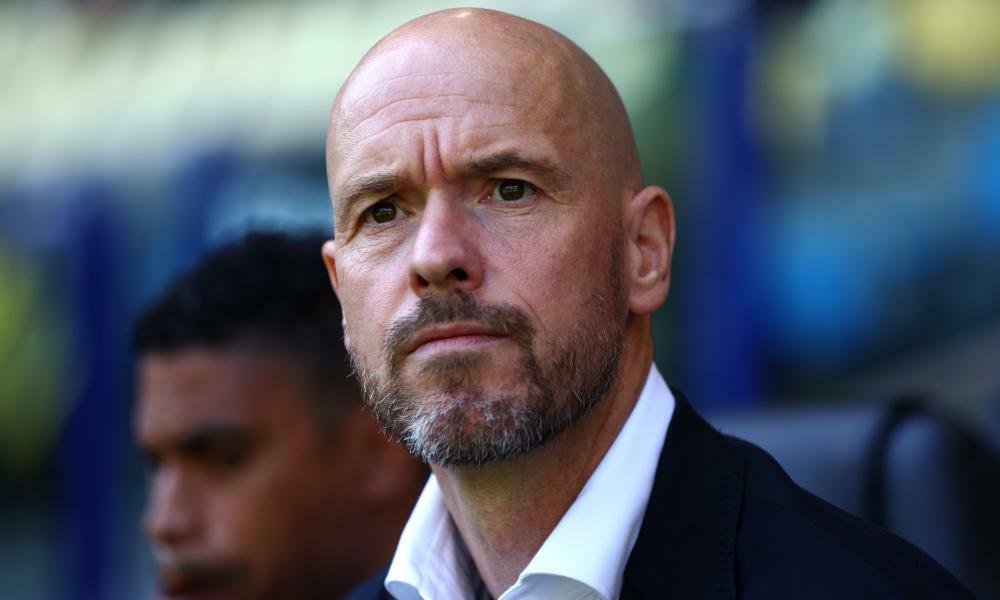 The Guardian - UK
From analysis to the latest developments in health, read the most diverse news in one place.
Manchester United Q&A on Erik ten Hag latest, transfers and Crystal Palace

Irish Independent
One place to find news on any topic, from hundreds of sites.
Erik ten Hag will inherit core group of 'top' Manchester United players