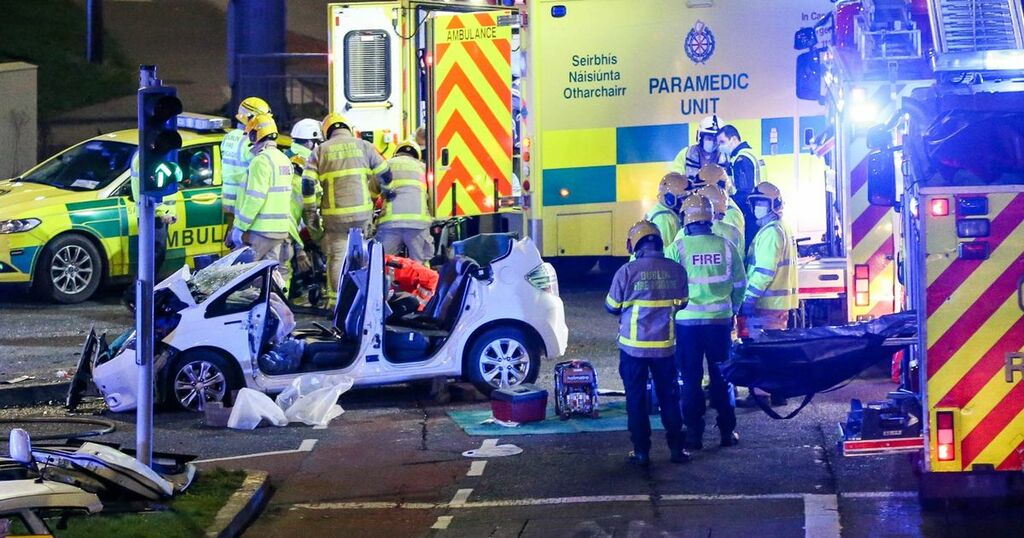 Four people are in hospital after a serious crash involving an ambulance and a car that happened in south Dublin on Tuesday afternoon.

A woman aged in her 70s, a man aged in his 20s, and two men aged in their 60s were all rushed to St Vincent’s Hospital where they are being treated for their injuries.

It is believed the ambulance was transporting a patient at the time of the crash.

The crash happened on the N11 dual carriageway in Cabinteely at the Clonkeen Road crossroad next to Dunnes Stores Cornelscourt at 4.30pm.

A huge emergency service response including fire services, paramedics and gardai attended the scene of the crash.

Harrowing pictures from the scene show the extent of the damage with the front of the ambulance crushed.

The car involved in the crash appeared to have had the roof cut off. Pictures also show a shattered windscreen and a crushed bonnet.

The N11 was closed in the hours following the crash but has since reopened.

A Garda spokesman told the Irish Mirror: “Gardai attended a two-vehicle road traffic collision between a car and ambulance, that occurred on the N11 at approximately 4.30pm this afternoon, Tuesday, January 11, 2022.

“Three men, two in their 60s and one in his 20s and a female in her 70s, were taken to St Vincent’s University Hospital to be treated for their injuries.”