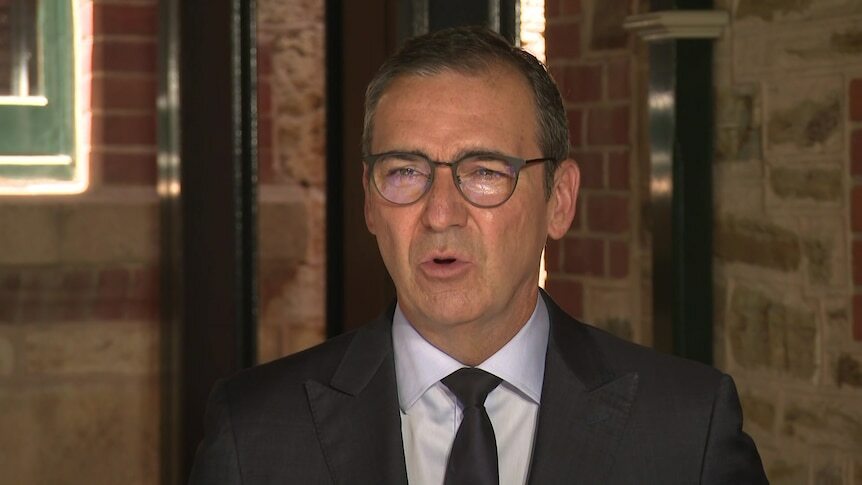 Four more people have died from COVID-19 in South Australia.

There are 236 people in hospital – a drop of 10 from Friday's numbers – including 26 patients in ICU and seven on ventilators.

Friday's numbers were high because of a delay in processing tests while testing clinics were closed due to hot weather.

There were 18,514 PCR tests carried out on Friday.

"The great thing about this is because you get that positive result on the RAT straight away, people are going into that isolation — they know that they've got the positive case 24 hours before that PCR test so this is a positive move," Premier Steven Marshall said.

A RAT distribution site will open in the Riverland tomorrow.

Under SA's Omicron modelling, daily cases are expected to peak in the range of 6,000 to 10,000 between today and January 25.

Dozens of people get wrong results

"We currently have a team of doctors contacting each individual affected to explain the situation and apologise for any inconvenience caused, and a text message will be sent with the amended result," the state-run agency said.

"We have reviewed and updated our processes, which will be implemented on Monday, to avoid a similar incident happening again."

With COVID-19 cases reported in a large number of aged care homes, Mr Marshall said the government had received complaints from family members about restrictions on visitors.

He refused to say operators were doing "the wrong thing" in terms of restricting visitors, but SA Health will provide him with a report card on the sector's visitor restrictions on Monday.

He said there was no state-mandated restriction on visitors to facilities with a vaccination rate above 70 per cent — "basically every" one — apart from in the first 24 hours of a declared outbreak.

"There are some families who are anxious, who are frightened with the current restrictions on visitors," he said.

More vaccination slots for children aged 5–11 have been opened at the mass vaccination hub at the Adelaide Showground this weekend, while the Enfield site will become a family-only vaccination site from Monday.

Pharmacists and GPs will be offered a $15 bonus in Adelaide and $20 in the country per jab for beating their targets, an initiative that was worth up to $1 million, Mr Marshall said.